Ever since pilgrims first climbed this mountain in the early 8th century, the area around Yoshiminedera has been a place of spiritual beauty. People thought they can achieve spiritual enlightenment by climbing here, and so the Saigoku Kannon Pilgrimage was born, bringing together 33 temples in Kansai, much like the one on Shikoku island. Situated on top of Mount Nishiyama, this is twentieth temple on the pilgrimage, one that ideally should be covered by foot from one temple to the next.

These days, of course, people can attain spirituality without climbing a mountain, but the mystique of climbing still remains. The very act of getting away from the noise of everyday life allows you to enter another space.

On a rainy spring day I took the route 66 bus from Higashi-Muko Railway Station. Slowly it disgorged its load of grocery shoppers and school children, and as it left suburban Kyoto behind, it zig-zagged its way through the forested hills, past road side stalls of freshly cut bamboo shoots, proudly displayed by old ladies whose faces were as rugged as this strenuous terrain. While it only took us only 30 minutes to get to the bottom gates of this temple, it was hard to imagine the trials and tribulations that the early pilgrims had to encounter by foot from the ancient capital. That is, until we started ascending what seemed like a thousand steps from the bottom gates, through a number of switchbacks up the mountain, to the temple proper.

So Yoshiminedera is no walkover, but at the same time, it is worth making the journey as a half day trip from Kyoto. Part of its charm is its remoteness. Even during public holidays, it is a haven of peace with no tour buses or crowds for miles. The manicured gardens are very inviting, and as you see the signboards to the various trails, the feeling of excitement, like Alice in wonderland, will surely bring a smile to your face. Maybe this is what enlightenment is about. Wandering around with no awareness of Japanese history, it is easy to feel like a child in a toy shop. Out of my right eye I see a manicured miniature tree, like an immaculate specimen of bonsai, framing a hobbit like door that was just asking to be opened. If this isn’t enough, there is a medicated bath called “Yaku-to-Jo” that is opened to visitors on the second Sunday of May and October each year. Filled with various herbs, it is said to ease chronic back pain and various other ailments. The gardens themselves are worthy of enticing visitors back throughout the year, with plum and cherry blossoms in spring, lilies and hydrangeas in May, and various other flowers every month until the red maple leaves fill the air from mid October. On New Year’s Eve, the massive temple bell is rung 108 times, supposedly to cast away the 108 evil spirits that the body possesses.

One of the landmarks is actually a tree called Yuryu no Matsu. Named as a natural monument in 1932, this 600 year old pine tree has been trained to grow sideways for nearly 50 meters in a single branch, forming a canopy above the temple walkway. Its shape led to its nickname as a playing or swimming dragon in 1857 by Hanayama Ieatsu, and so this temple is also known as Matsu-no-tera, or the Pine Tree Temple.

Find out more about Yoshiminedera. 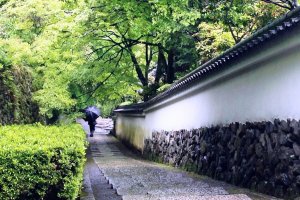 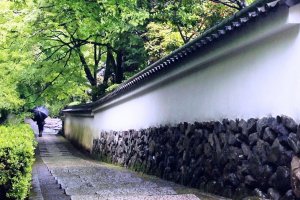 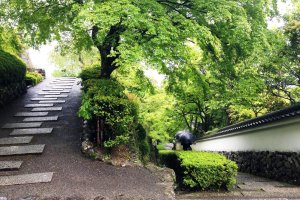 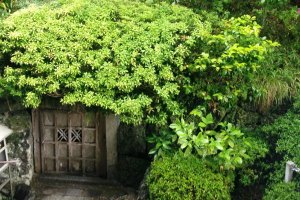 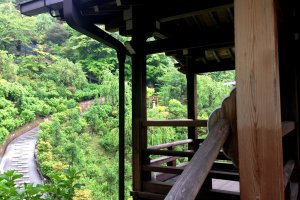 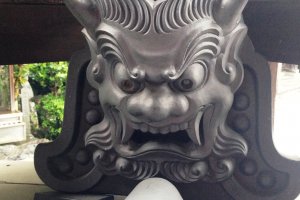 Kim 3 years ago
I can feel the tranquility just from looking at your pictures - lovely!
Reply Show all 1 replies

Bonson Lam Author 3 years ago
Thank you! I am glad you can soak in the tranquility!
Reply

Bonson Lam Author 7 years ago
This is a truly delightful retreat. Every corner you turn, there is a new and enthralling vista. A real photographer's delight as well. Thank you for your comments Logan!
Reply Show all 0 replies