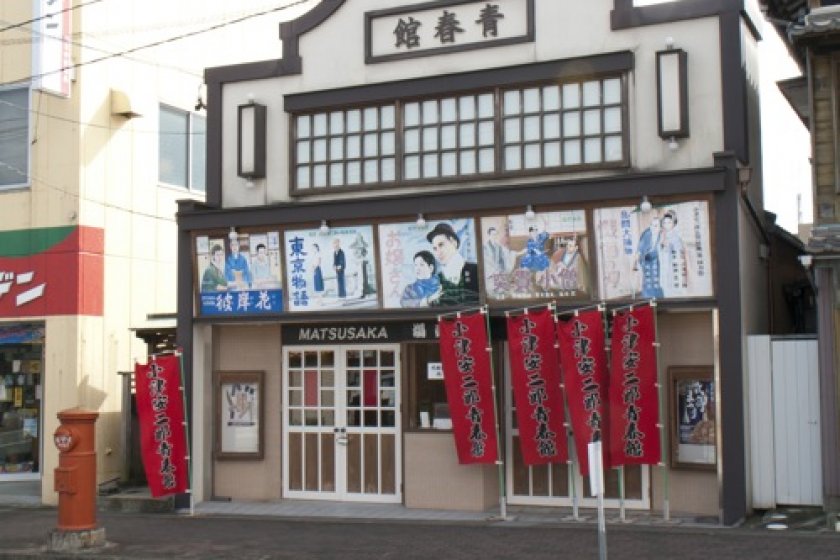 Ozu Yasujiro (1903-1963) was one of Japanese cinema’s most respected and innovative movie directors. His movies, 54 in all, feature a distinctive style, incorporating minimalist camera moves, low camera angles, and an effect that places the viewer in the middle of conversations, rather than being merely an observer. His trademark of character driven, quiet and intelligent, realistic communication that was kindly termed “Dignified severity” by Kurosawa Akira, featured ordinary people in ordinary situations, mostly family related settings, adapting to changes around them.

Seen as an eccentric and as a perfectionist, Ozu’s masterpiece was Tokyo Story (1953), other critically acclaimed films include The Flavor of Green Tea on Rice (1952) Early Spring (1956) and his first color film, Equinox Flower (1958).

The once president of the Directors Guild of Japan, Ozu was born in Tokyo, but at the age of ten, was brought to his father’s home town of Matsusaka, Mie Prefecture where he lived for ten years before returning to Tokyo to work as a cameraman for the major film company, Shochiku. Those ten years in Matsusaka had a lasting effect on Ozu, who would spend a lot of his time at the small Kaguraza Theatre in the old castle town. That theatre and the house in which Ozu lived as a boy were destroyed in the Great Fire Of Matsusaka in 1951, however in tribute to the director, a museum was built to resemble that cinema house.

Searching for the museum, I first thought it was just another ramen noodle shop, but the old style movie posters above the entrance gave it away. The Ozu Yasujiro Seishunkan Museum is a small but interesting museum dedicated to the renowned Japanese movie director. Opened in 2002, the museum features memorabilia from his youth, including sketches, school homework and personal effects, as well as various production items, videos, and panel exhibits pertaining to his many films. It seems that Ozu would spend more time at the movies than at school, often traveling to Nagoya and Osaka to catch the latest foreign films. He would often write to the stars of the American movies he favored and received replies. Like every good Japanese Otaku, he kept detailed notes of the contact addresses of the Hollywood stars and movie world greats.

Ozu died of cancer in 1963 on the day of his 60th birthday.  In 2003, Japan Post issued an 80 Yen stamp commemorating the centenary of his birth. His grave in Kamakura’s Engaku-Ji bears only the word “mu”, or “nothing”. Ozu’s world wide influence on the modern art film remains as important today as it was over 50 years ago. The museum is ideal for film school students and fans of the cinema. The staff’s pride in the museum, and their love of Ozu is infectious. If only they sold popcorn…. 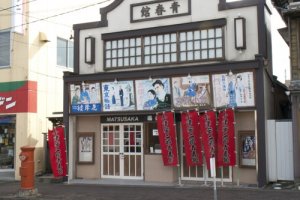 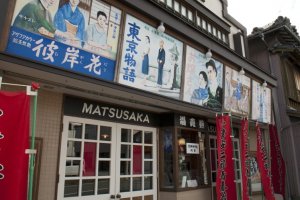