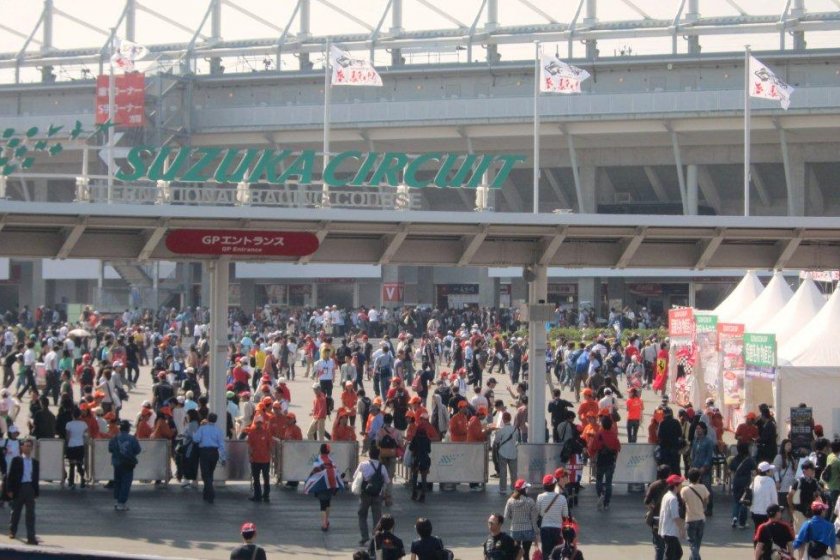 Mie Prefecture is home to the Great Shrine of Ise, the most venerated shrine in the country, as well as the great shrine to motor racing, Suzuka Circuit. "The Holy Land of Motorsports."

Set your heart racing at one of the world’s leading technical courses, Suzuka Circuit! Suzuka is one of the oldest remaining Formula One World Championship racetracks, and one of the fastest too. Suzuka isn’t just a racetrack, it’s an amusement park, hotel resort complex, aqua park, gardens and spa all rolled into one.

Built as a test track for Honda in 1962, and designed by Dutch racing legend John Hugenholtz, the five-point 8 km 17-turn circuit is rare in that it features a figure 8 layout utilizing an overpass under the back straight. This allows for the circuit to be used in three configurations, the original full circuit, Suzuka East, being a seven-turn, two-point 2 km track, and Suzuka West, a nine-turn three point four Kilometer circuit, depending on events and needs. Either way, it’s a tough course with two or three of the most exciting stretches and corners in international racing, full of challenges to drivers, vehicles and teams. That adds to the excitement of racing at Suzuka for drivers and for fans alike!

Suzuka is famous globally as the venue for the Japanese Grand Prix Formula One series, and it’s staging as one of the last races of the season has meant that as many as nine World Series Championships have been decided on the course. Besides F1, Suzuka is host to a number of motorsports events year-round, including the Super GT, Suzuka 1,000 Kilometer endurance race, the motorcycle Suzuka 8 Hours event, even NASCAR races have been staged here.

Besides the racing action, the circuit complex also features a car themed amusement park, Motopia, boasting thrilling roller coasters and attractions for all ages, even a racing circuit with engine-powered cars for adults to try their hand at competing in, as well as “putti Grand Prix”,cars and motorbikes that even small children over the age of seven can safely enjoy driving. The unique park covering 145 hectares was originally developed to allow visitors to learn while experiencing the fun of driving engine powered vehicles. The facility includes a traffic education center, and the Suzuka Circuit Motorcycle School, an intensive course teaching riders safety and operational skills. However, it’s still the many rides, attractions, stalls and motorsports themed shops that bring in the motor-heads and family fun-seekers alike. Kids will love the Go-Karts, Jupiter Ferris Wheel, Para Sailer merry go round, Super Sky Rider and more.

Within the Motopia park is another fun summertime attraction, the Aqua Adventure theme pool, loaded with various attractions including bumper boats, a water fountain volcano and water cannons, while a smaller pool caters to the enjoyment of the younger children.

The Kur Garden Hot Spring provides year-round relaxation, and features a large comfortable lounge, wide baths, open-air hot springs, saunas, and pools. Remember, these facilities are open to all, and while some visitors may use bathing suits, the traditional Japanese hot spring style, naked, is the norm.

Set amongst a flower-filled, tree-lined garden setting is the world-class Flower Garden Hotel. The main building, the spacious Hotel Margaret caters to families as well as couples. Family rooms feature fun bedding and toys for the younger children, while accommodation for adults is refined and relaxing. Nearby, camping facilities are available in the wide Auto Camp Field.

Slow your heart down and relax in the hotel and facilities, or speed it up at the track and amusements. Like the shape of the track, the fun at Suzuka Circuit is endless! 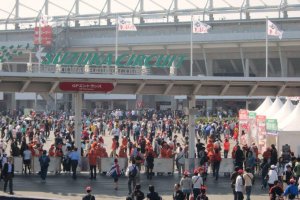 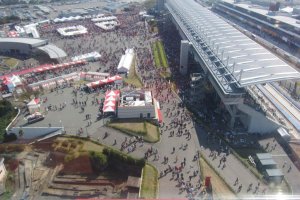 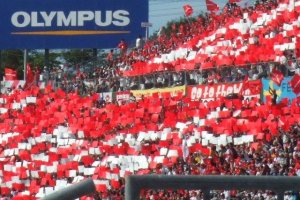 Peter Halliwell 7 years ago
Great write up. I was there for the 2010 race, and qualifying was postponed until Sunday morning due to the torrential rain – very unusual for Formula 1!
Reply Show all 0 replies
1 comment in total