Museum of History and Folklore

Daily life of Sendai citizens after the samurai era

It’s a well-known fact that Kyoto was one of the few major cities that were spared during WWII bombing campaigns. Sendai was also a place that was heavily damaged, meaning several historic sites were partially or completely destroyed, such as Zuihouden. Unfortunately because of the amount of destruction, much of the history of daily life may have been lost. Thankfully though, some areas escaped bombing and through the efforts of some extraordinary organizations and individuals, we can still see a glimpse of Japanese daily and military life. One such treasure where this is possible is the Sendai Museum of History and Folklore.

Currently, the museum is in the middle of Tsutsujigaoka Park, a great place for some relaxation and a local favorite for cherry blossom viewing in the spring. Though when you go to the museum you learn that before there was a park, the area was home to several Japanese military barracks. The remaining building is the oldest Western-style wooden building in Miyagi prefecture. It was completed in 1874 and used by the Japanese army until 1945. Then US forces occupied the building until 1956. Lastly, it was used as a police academy for the Japanese Tohoku district police until 1975. Then in 1977, the area was designated a public park. At this time the remaining barracks and training ground were destroyed. The last sole building was restored as it would have appeared in 1904. It looks the same (perhaps just with a few upgrades in electricity and air conditioning and the like) and now it shares Sendai’s history with today’s generations.

The museum is two stories, though unless you are interested in flipping through dozens of local flyers, resting in a seating area, and using the restrooms (and I know you are) your journey begins by climbing some stairs to the second story. The first area includes some random items about traveling. There are old suitcases, magazines, and postcards. The next area is full of old farm equipment from the last century or sometimes even earlier. The antique machines look so strange in today’s society that it was a relief to see signs in Japanese and English that explained what I was looking at. Walk a bit further and you visit a wall covered in straw clothing and sandals. It looked itchy and uncomfortable, but it actually made life easier because the articles can be used to pad feet when walking or the back when carrying heavy loads, as well as protect the body from the sun or rain. Another display I really enjoyed was the section of old Japanese toys. There were marbles, toy guns, and dolls-- things you find in most cultures for children. I gave a chuckle when I saw an old robot. Only if people back then knew how Japan would become synonymous with giant robots…

Several areas in the museum show the passage of time. A washing “machine” or bucket was on the far left in a row of increasingly newer washing machines until you get something that looks like what we have today. The same for a rice cooker. One entire room of the museum shows a mid 21st-century living room where traditional Japan meets and clashes with western influence. You will see a TV right next to a cooking pot hanging from the ceiling. A large room in the back of the museum is filled with toys that don’t use electricity—yes, they do exist. An old style of pinball, ball and a cup, rubber band guns, etc. litter several tables. This means children or children at heart can play until their hearts’ content if they are not yet old enough to appreciate the historical exhibits.

A long narrow room smashed between the children’s play area and other exhibit rooms give homage to the Japanese military that stayed in the area. You will see a setup of beds, chests, supplies, guns, and actual old uniforms complete with dirty socks! The beds are right next to each other. The soldiers here did not have any privacy at all. It was not an easy life, even if there was no war going on. Vintage pictures, including one with a tank, decorate the opposite side of the room.

While the Sendai City Museum focuses more on how Sendai became a city thanks to some powerful samurai and alliances, the Sendai City Museum of History and Folklore shows us how the common citizen after the samurai era lived—with some military history thrown in for fun. Definitely worth a visit, in my opinion, to know Sendai on a deeper level.

Located just a 15-minute walk from Sendai station or 5 minutes from a closer station off the JR line, the museum is easily accessible. 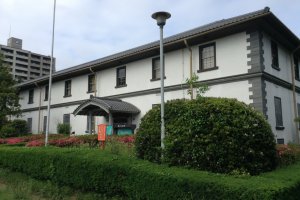 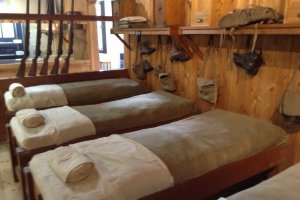 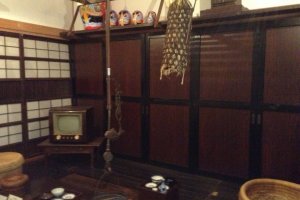 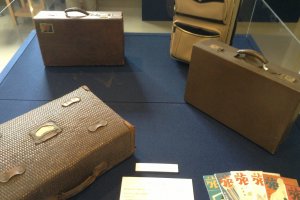 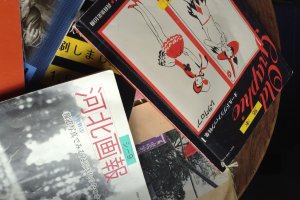 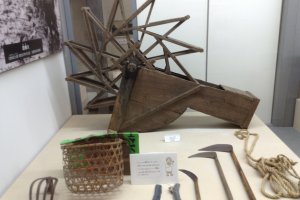 Elena Lisina a year ago
I regret that I missed this museum though visited Tsutsujigaoka park. :(
Reply Show all 0 replies
1 comment in total