A local favorite in a farmer's market

What is one of the favorite dishes among all generations of Japanese, which originally is found in French cuisine? The answer is a croquette, which is a small roll of vegetables and minced meat covered with breadcrums and deep fried. The French word Croqutte became "korokke (コロッケ)" in Japan where it was adapted to suit Japanese taste.

When you visit or stroll in Sendai City, the Asaichi Market is a nice place to find local foods. There are about 70 shops along the passage. They sell all kinds of foods such as meat, fish, vegetables, beans, seaweeds, and fruit. The korokke shop which is in the middle of the Asaichi Market, has a large variety of deep fried food with bread crumbs from korokkes to cutlets. It is a good chance to buy and eat a crumchy and tasty korokke for nibbling on the way to your next destination. Their price range is from about 70 yen to 250 yen. Very very resonable in spite of their being cooked properly by hand. The shop offers "to go" and "to eat soon" options and will put a sauce on the top upon request. Korokke is roughly divided into two types according to the filling:cream-based or potato-based. Korokke that the korokke shop in the Asaichi Market carries is mainly potato-based. The flavor varies with ingredients of the filling. Regular items are mashed potatos and minces meat, squash, ham and cheese and so on.They also sell a special korokke which uses seasonal ingredients. The featured summer filling is green soy beans(edamame えだまめ) and mashed potatos. Green soy beans are material of zunda sweet paste, which is a representive local food of Miyagi Prefecture. Boiled green soy beans are one of favorite side dishes to go with beer. No wonder that green soy beans are in korokke, as they are in season in summer. I ate a korokke with small pink shrimps and mashed potatos last spring. A small pink shrimp is called "sakura ebi," which is literally translated as a cherry shrimp. It is in season in spring. You may enjoy boiled oysters in a korokke in winter. Although nowdays it is possible to get almost any ingredient at any time of year, the shop offers their own filling according to the local foods in season. Tasty, crumchy, and affordable, in addition, you can try local food in the peak season. What a wonderful dish korokke is!

Korokke, which originated from the croquette of French dishes, was introduced to Japan about 150 years ago. After more than 200 years of isolation, Japan opened its doors to the Western nations in the middle of the 19th century, the Meiji era(A.D. 1868-1912). Our great grandparents experienced dramatical changes after the samurai era ranging from hair style to eating habits. The croqutte was one of the cuisines introduced from the Western nation, France, and was gradually adapted to suit Japanese tastes. Then it finally became korokke. Many kinds of filling of korokke were created and gained popularity in Japan.

The shop in the Asaichi Market sells deep fried items, not only potato-based korokkes but also other deep fried ones with breadcrums like pork cutlets, chicken cutlets, and seafood. The shop is located in the Asaichi Market, which is very close to JR Sendai Station. It takes less than a 10-minute-walk from there. To tell the truth, I don't know exactly the name of that korokke shop. However, you don't need to worry about the direction. Go to the Asaichi Market and you can see a queue from a distance. As I mentioned, they sell a korokke wrapped with a small paper to carry and eat it on the spot, or they can pack several items in a case and wrap them prefectly with a paper when you want to go with them. When you are hungry at that time, I recommend a korokke in a bun, a korokke pan(コロッケパン). You can be full and happy for only 141 yen. 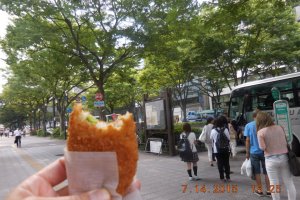 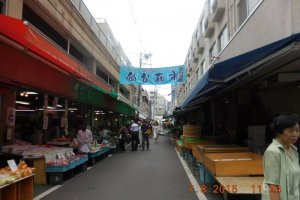 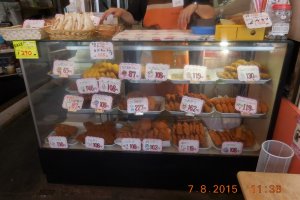 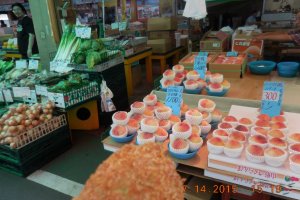 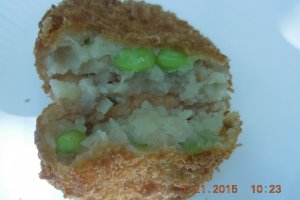 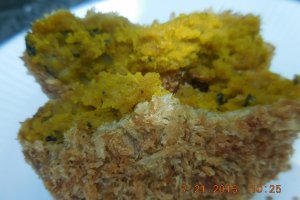 Kim a year ago
Everything looks so delicious!
Reply Show all 0 replies

Justin Velgus 5 years ago
I went here the other day! The food is a good price, tastes great, and staff are so friendly!
Reply Show all 1 replies

Akemi Miura Author 5 years ago
The Asaichi Market is full of the local food. I always find something new everytime I go here.
Reply
3 comments in total