Memories of Takasago and Yuriage

As we traveled farther east away from the city of Sendai, the land opened up to a wide area with nothing but scattered factory buildings and construction sites. When we approached the port, what looked like tall grass fields were once residential areas with squares of concrete house foundations laying on the ground. The Great East Japan Earthquake and the great tsunami as a result of it swept the coast of the Tohoku region of Japan. The destructive water almost completely wiped out townships of Takasago and Yuriage. We drove pass the grassy ruins for about 15 minutes and arrived at the beach.

It was a nice sunny day. The Takasago beach in Gamo was one of the best surfing spots I have ever seen. The wave reached about 3 meters on average. The water is violent and exiciting. I went down the stairs to the beach, the sand was soft and clean. I was only welling to adventure myself about ankle deep into the cold water. There seems to be lack of patrol and lifeguards but like everywhere else in Japan, the beach appeared quiet and orderly. Only natural disasters seem to account for any disturbance here in this country. We walked along the coast for a few minutes. I could only hear the sound of the ocean, it was exceptionally peaceful. People are seen emerging and disappearing in the water. Watching the surfers climbing up to the boards and remain standing for a few seconds before being swallowed back by the ocean is mesmerizing. Somehow at that moment, the sight reminded me of the tsunami.

One of my co-workers here in Japan told me that since the earthquake he no longer surfs in the Pacific Ocean near Miyagi’s coastline. He would instead travel 3 hours west to surf in the Sea of Japan near Yamagata on the other side of the island. He explained that the memories of the disaster were too vivid and painful that he cannot justify swimming in the water that murdered almost twenty thousand people.

In the afternoon, we got lost on our way to the Takasago Shrine so we stopped an old man on a bike for direction. He told us to follow behind his bike. He quietly took us there and left without saying more than a few words, Japanese are never skillful at expressing emotions, and we took a deep bow and thanked him. The Takasago Shrine, which was damaged in the tsunami, has been rebuilt with temporary housing made of wood. Recovered stone monuments bear names of dead soldiers from WWII aligned the path of Gods. The short red torii gate in front of the shrine stood on a vast wasteland grown with tall grass and scattered ruins of houses, somehow the scene was reminiscent of Hiroshima after its bombing.

Not too far from the shrine in Arahama, there is a memorial statue for people that died in the tsunami. A modern marble monument engraved with names of those perished nearby, grouped by their last names just like the ones from WWII at the shrine. While we were there came a group of elderly people. Each of them went up and paid homage quietly without saying a word. It was such a tranquil act that I didn’t even notice them leave. Wind from the ocean swept across the field and bend the grass, it seemed that the souls of the dead were summoned by their loved ones and came back from the water to pay them a visit.

Lastly, we visited Yuriage. It was a small coast town with probably a ten thousand person population before the tsunami. Now it’s a field of grass with a few half damaged houses here and there. We stopped at the Yuriage Junior High School, the building is now deserted. A memorial for three students lost in the tsunami stood in front of the entrance. There is a museum outside of the school that played short video clips taken by people who escaped to the roof of the school, the images of destruction were astounding. Another room displayed art works created by kids who escaped the tsunami. The clay works, which represent the future of the town, included a tall tower with a flat helicopter platform, several high rise residence building and some airlift equipment.

When it was time to leave I looked back at the school, the large clock on the outside of the staircase wall pointed its needles permanently at 2:46. Whatever stayed here will stay, the moment remained forever, as the wind started to pick up, we moved on.

I am a Canadian guy currently live in Japan. I lived in 3 very different countries and traveled to 7 across Asia, North American and Europe, I speak 5 languages. I primarily observe the world and make comments on what I see and feel.  I also enjoy playing the piano and painting, some of the time. 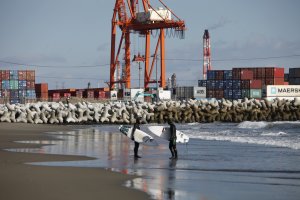 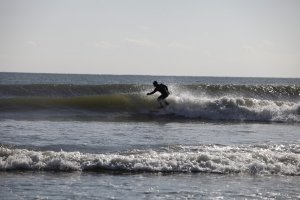 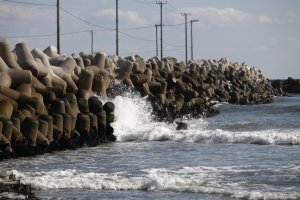 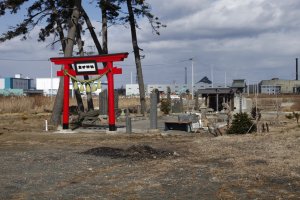 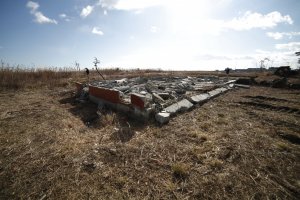 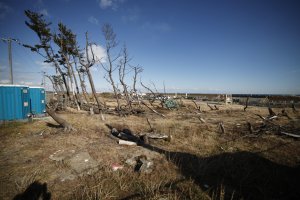 Radica Sooknarine 5 years ago
Interesting article Andrew. I remember when I had seen the coast over a year ago. One if the things that remained with me most was, as you pointed out, the clock that was frozen in time.
Reply Show all 0 replies
1 comment in total