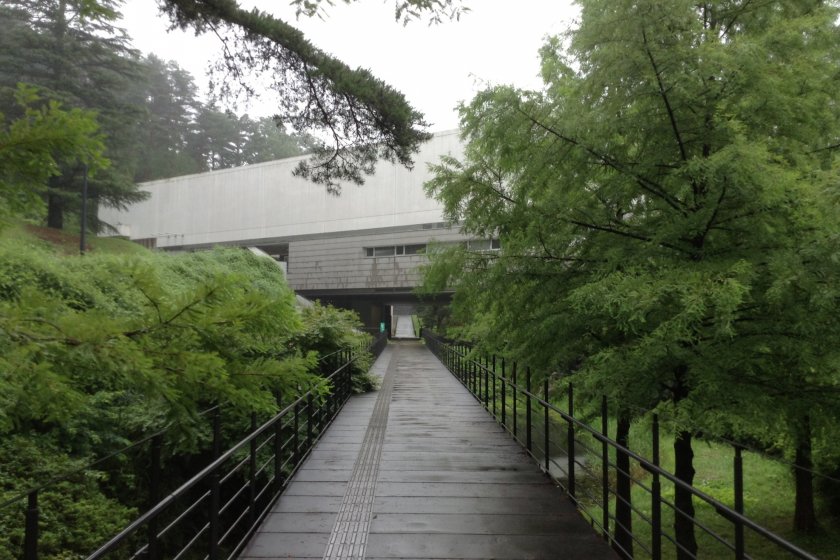 Celebrating the authors of Sendai and Miyagi

The tranquil garden entrance with the clever architecture put your mind at ease. Enter the museum; it's time for some learning!

Summer time in Japan means rainy weather. At least in Sendai it is relatively cool with some days where you barely break a sweat if you dress in breezy clothing. Still, I found myself wanting to stay inside but not inside my apartment. A traveler would feel the same: why waste a day at my hotel with such a great city to explore? My first thought was to go to the local library to study, but then it hit me. Where is the best place to learn about literature in Sendai? Well, the answer would certainly be the Sendai Literature Museum.

Your approach to the museum is through a garden complete with koi pond. While walking you also notice the creativity of the building’s architecture, a key feature being a large donut like hole through the entire second floor. The garden path leads past a large circular cement area where poetry readings sometimes take place. Personally I would have wanted to enjoy nature a bit more by continuing along the path through the park, but it was raining so I went inside. I was delighted to not see a reception desk asking for admission to be paid right as I enter a museum. I always found it a bit direct and unwelcoming. I browsed and hoarded several free pamphlets for events around the city from some newsstands, then nonchalantly stuffed the freebies in my bag. In fact the whole first and second floor are free to roam. Many parents had brought their children to abuse the free play area and children’s picture book library. Study areas where it is OK to enjoy food and beverages encircle the large donut design part of the building. That’s a lot of stuff for free. You can hang out here for several hours and not even have to pay admission—and several people seemed to be doing just that. If you get hungry, there is a restaurant that sells Japanese noodles. Also vending machines sell drinks outside the main entrance.

At the welcome desk next to the staircase for the third floor you pay your admission. They also sell various works by and about Japanese authors there. They hand you some pamphlets which are only in Japanese—a reoccurring theme in this museum—and send you upstairs to explore.

The permanent exhibit to the museum is impressive. A large exhibition hall showcases some 20 to 30 or so Japanese authors from Sendai and Miyagi Prefecture. You can learn about the author’s lives, their extensive works, and even see artifacts from some of the author’s lives. The museum makes an effort to inform you that literature is not just about books. Literature is magazines, essays, song and poetry lyrics, theater, and cinema. It could be a form of entertainment or a means of personal or political impression. I was happy that my cultural knowledge and Japanese was good enough to recognize two great authors. The first being Doi Bansui (1871-1952), which wrote the famous lyrics to a popular Sendai folktale song and translated literary classics like Homer for the Japanese audience. Also, a genius in his own right but perhaps more famous because he is not Japanese is Lu Xun (1881-1936). While studying at Sendai Medical College in 1904, he had a realization that he was to write. His stay in Sendai was brief as he moved to Tokyo and then back to his native China, gaining fame as a leading pioneer in modern Chinese literature.

While it was interesting seeing the faces of authors and things from their lives, browsing the many books free to view, and watching some videos (taking pictures is not allowed, sorry!), I felt hopelessly lost much of the time. As mentioned, nothing here is English. This is a real pity when trying to introduce the greatness of Japanese literature to outsiders. My Japanese level allowed me to pick up bits and pieces of what was going on. Still, being a beginner to the world of Japanese literature I found that even if the information were in English, it would be a case of information overload. However, I do feel motivated to learn more though after seeing how much I was missing out on.

Rotating exhibits in the other exhibition hall focus on a particular author or connect literature with another form of media (i.e. children’s literature through art). Looking through the website about past and future exhibits, my opinion is that the rotating exhibits would be more exciting to the average visitor than the actual collection as it stands. Check the website or call for exhibition info.

Relatively out of the way from other tourist attractions, the Sendai Literature Museum can be accessed by a 15 to 20 minute bus ride from Sendai station or a 20 to 30 minute walk from Asahigaoka station (just 5 minutes away from the Sendai Science Museum). There is also parking onsite for forty cars. Being a bit out of the way and an adult admission of 400 yen (not expensive, but not cheap for a museum in Japan), I would recommend this location for families during select special exhibits, those with a solid command of the Japanese language or has someone that can translate, or the hardcore literature fan. 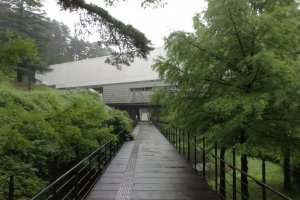 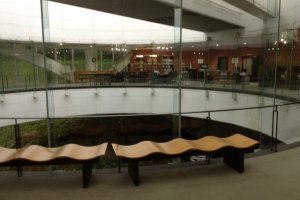 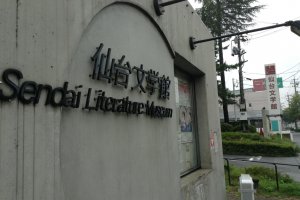 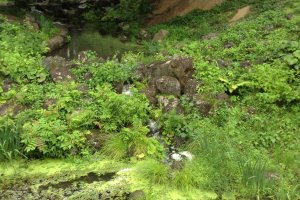 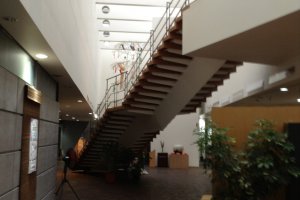 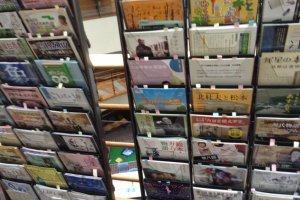 Laura Welch 6 years ago
It is a bit of a walk, but on a nice day it's really nice to walk through the park to get to the museum. Signs point the way (only in Japanese!) so you don't get lost. One thing to note though - if you think the ground might be wet, it would be a good idea to wear decent shoes, as part of the path goes a little "off-road".
Reply Show all 0 replies
1 comment in total