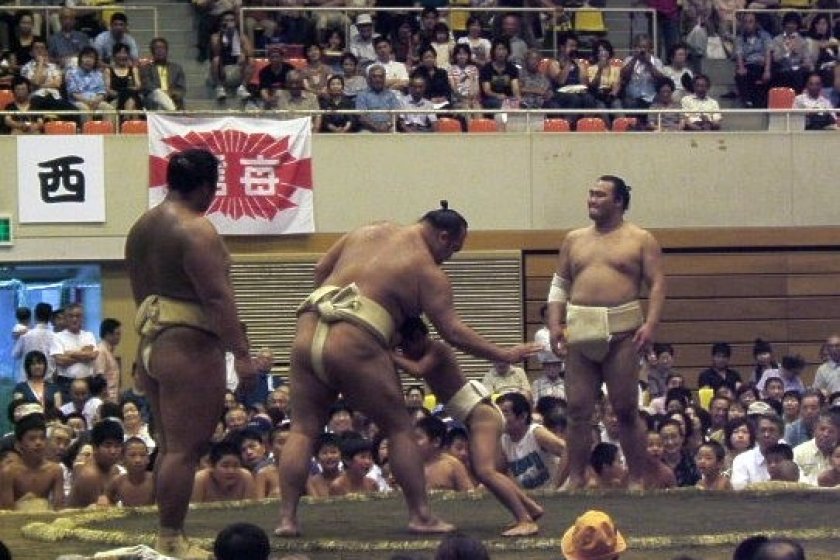 Nagano-born hero steps into the ring

Sumo roadshows were held on Matsumoto and Nagano on October 14th and 16th.

Eight years have passed since the last sumo roadshow in Matsumoto (and 3 years since the last one in Nagano), but super strong Mongolian yokozuna (grand champion), Hakuho, still reigns since the last event. He is injured this time so two other yokozunas and major wrestlers will appear in his place.

A new hero from Kiso in Nagano Prefecture stepped into the sumo ring (dohyo) in his home prefecture. He is Mitake-umi, named after the volcano Ontake, which erupted last year and saw many victims and considerable damage to the Kiso area, a popular hiking spot for the Nakasendo samurai trail) At that time he was a college student and the strongest amateur wrestler. He chose to become a professional sumo wrestler and encouraged the people of Kiso.

He has scored very well in the lower divisions and will make his debut in the makuuchi (top) division this November. So, he has returned in triumph in this sumo performance in Matsumoto and received a great applause.

For those visiting the area, Chanko (a special stew that sumo wrestlers eat) Dining Sumotei was opened by an ex-sumo wrestler near Matsumoto Castle last year.

Nice to see you in this useful and cool website! I was born in Osaka and moved to Nagoya, then, Tokyo. After I founded my company MT Laboratories and work all day and night, I moved both my residence and company to a beautiful castle town, Matsumoto in Nagano Prefecture. Living in this area surrounded by wonderful nature and the Japan Alps was one of my dreams. My company’s business is translation services and web development; so, I am working with development and managing of official tourism websites such as Go! Nagano and Matsumoto Welcomes You and leaflets. My current dream is to make Matsumoto and Nagano Prefecture international tourism towns! 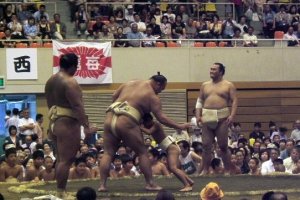 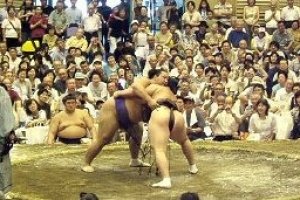 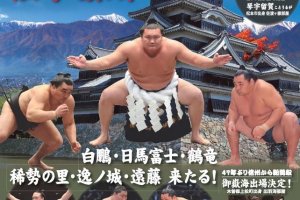 Victoria Vlisides 4 years ago
As well as a lovely, to-the-point narrative. Thanks!
Reply

Justin Velgus 4 years ago
It is great to be able to see sumo outside of the official tournaments. Earlier this year there was a charity sumo show in Sendai I got to see.
Reply Show all 0 replies
4 comments in total