A stop along the Joetsu Shinkansen line

Nagaoka Station is one of the stops on the Joetsu Shinkansen line, the JR Joetsu local line, and the Shinetsu main line. The station has been in operation since 1898, and sees almost 12,000 passengers pass through on a daily basis.

Like Niigata Station, Nagaoka Station also has a branch of the CoCoLo shopping mall within the station premises. There are a range of retail stores and eateries here, such as branches of the Vie de France bakery, Pronto Cafe, Starbucks, and Mister Donut. There are also services like a nail salon, a pharmacy, and a dental clinic. There's even an eyewear store, Jins, where you can get a new pair of glasses made virtually on the spot - I waited about 10 or 15 minutes for my pair, and their prices are friendly on the wallet, too. For those who want to sample some of the prefecture's sake culture, you can do that at the Ponshukan Sake Museum - there are also branches of the museum at Niigata Station and Echigo Yuzawa Station respectively.

If you're alighting at Nagaoka Station and wondering about things to see and do in the area, you'll find a tourist information center just outside of the Shinkansen gates. The staff here can assist you with general travel inquiries, and they have various different brochures for things like walking tours of the city and other attractions.

For those who plan to stay in the area, there are a number of hotels which are only minutes away from the station on foot. These include the likes of the Hotel Hokke Club Nagaoka, the Hotel New Otani Nagaoka, and the Nagaoka Grand Hotel.

Nagaoka Station can be accessed directly from Tokyo Station via the Joetsu Shinkansen, with the travel time being approximately one hour and forty minutes. 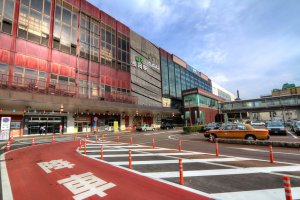 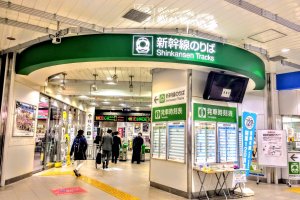 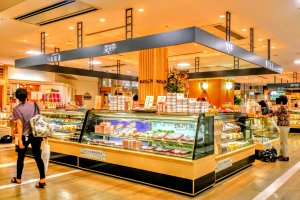 Elena Lisina 3 months ago
There are some good museums in Nagaoka, especially I'm interested in the Niigata Prefectural Museum of History with great display of Jomon 'flame' ceramics. I planned to visit it, but by public bus it's a bit complicated as buses are rare.
Reply Show all 3 replies

Kim Author 3 months ago
Yes, there really are! My favorite is the Niigata Prefectural Museum of Modern Art, but the first time I visited there I made the mistake of walking because I thought it would be close to the station. It's about a 45 minute walk!!
Reply

Elena Lisina 3 months ago
WOW! I don't mind to walk if it's not too plain and common!
Reply

Kim Author 3 months ago
I don't mind it either, often there are fun things to look at along the way. I just was surprised since I thought it was closer! It was around 4 kilometers each way!
Reply
4 comments in total