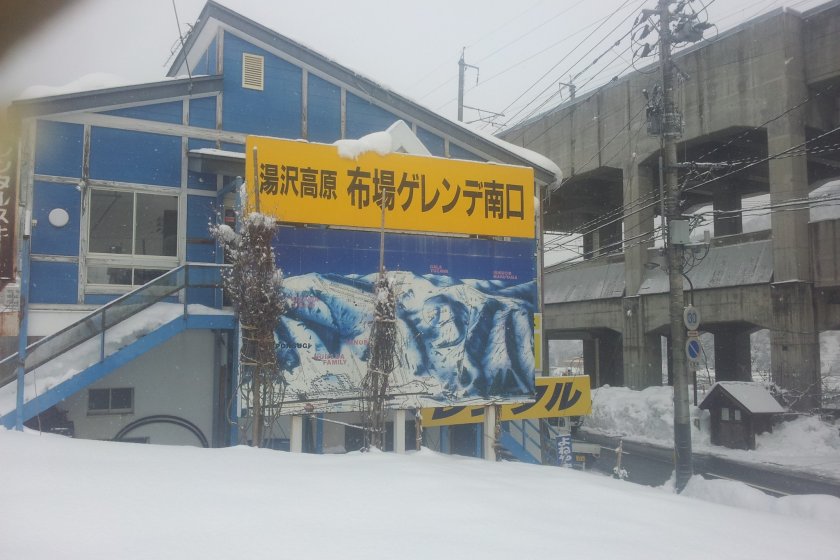 One of Yuzawa's first places to ski

The entrance to Nunoba off the main road with the shinkansen track to GALA behind.

Yuzawa town has an abundance of resorts in and around it. Most people will be able to tell you their favorite and will often recommend one of the bigger ones. Even some of the small ones are worth a look though and serve a purpose, whether being close to your accommodation or a place to escape the weekend crowds for a quick afternoon slide. Nunoba Ski Resort is one of the smaller ones with just one lift with a slope on either side.

It was one of the first places to ski in Yuzawa and there are some great black and white photos around of the resort in its heyday - the slopes are packed with skiers on long skis and vintage clothing. Those busy days are long gone but there are still several lodges at the bottom of the slopes offering good value accommodation and skiing out the back door.

Nunoba is located along the free shuttle bus route that connects GALA Yuzawa Ski Resort, Yuzawa Kogen Ski Resort and Naspa Ski Garden. It actually links up with Yuzawa Kogen and can be skied on the same ticket. There is a long downhill course from the top of Yuzawa Kogen that winds down the mountain and ends up at the top of Nunoba. From there you have the choice of skiing the two Nunoba runs or heading back on the short slope that leads to the bottom of Yuzawa Kogen.

Nunoba is at town level but still get masses of snow. They tend to groom the two runs and always leave a couple of big swaths of untouched snow so it can be a good location to get some cheeky powder turns in if you have a spare few hours. The whole resort is visible from the lodges and restaurants at the bottom of the slopes so if parents want to let kids free ski while staying in the warmth, it is a pretty good choice. The slopes are reasonably steep so skiers at Nunoba tend to need to be novices or higher. There is also a small sledging area and on the far right hand side of the resort as you look up the slope is the Yuzawa Ski Shrine.

Nunoba is small and a little on the old side, but it can be a great choice for some. 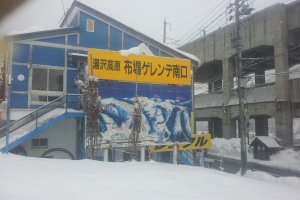 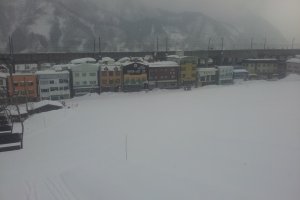 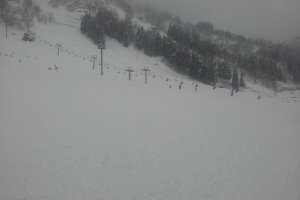