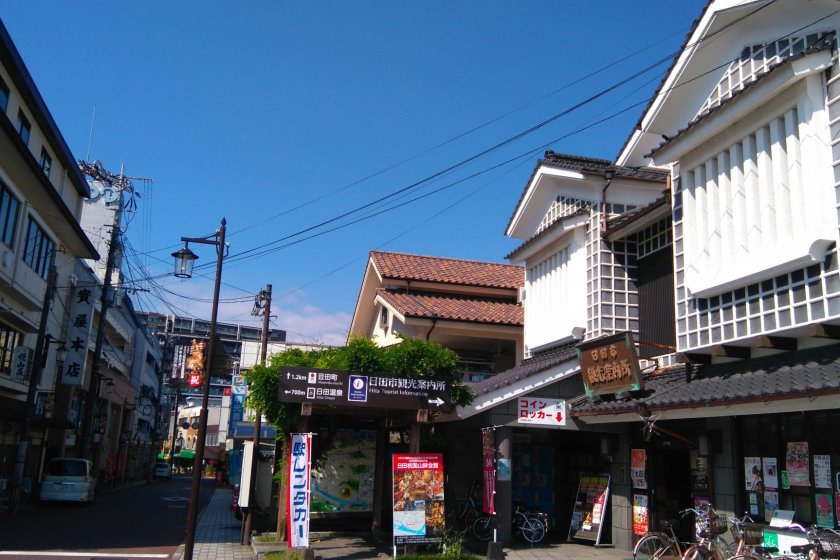 A Happy Stay In Hita

The blind date that didn't disappoint

I went by way of Hita in Oita, Kyushu, with a plan to hit Mt Hiko. That didn’t pan out, so off I trotted to the Tourist Office to look into moving on. They said "Why not just stay in Hita?" so I did. Happily. With no prior knowledge about Hita, it was the blind date that didn’t disappoint.

Hita is enclosed by mountains, with the main river Mikuma flowing through. These come together to provide the town its idyllic backdrop as well as a source of livelihood. From the start, the bus ride into Hita shows off pastoral farmland and mountain tops looking like upright, serrated knife edges.

This bounty of natural greenery spills over into Hita where trees grow everywhere. No wonder its nickname “City In The Mountains”. The mountains don’t just look good. They have been contributing to Hita’s economy since the 1600’s when Hita caught the eye of the Tokugawa Shogunate. Today there’s a decline in the lumber industry due the usual influx of cheap stuff. But Hita’s special cedar, known as Hita Cedar, is still the wood of choice in the production of geta, the Japanese wooden sandals, furniture, wooden square sake cups, and Hita’s exclusive lacquerware.

The Mikuma has accorded Hita the moniker, The City Of Waters, or Suikyo, “home of water”. Apparently, the water is soft and sweet because it goes through some sort of natural distillation process as it meanders through the gorges and ravines of the mountains. While the river is no longer Hita’s thoroughfare for trade, the purity of Hita’s water continues to cement its fame for soy sauce and miso, sake, and pottery.

Hita’s railway station and town center forms an informal dividing line between two historic sections, Mameda to the north, and Kumamachi to the south.

Mameda is known as Little Kyoto because the Edo style architecture of the residences and shop-houses remind many of Kyoto. The traditional method of binding clay and straw brickwork visible here continues to be used in current renovation. Inside Kangien, a landmark educational institution, some of the ceilings are made of bamboo poles strung together with just rope.

Kumamachi is where you can see Hita as an idyllic place of tree-lined walking trails and scenic parks. Then a stroll along the river connects us to Hita’s mercantile past, entering old merchant houses, and warehouses where I thought I could still smell sawdust. Or you can just follow the river through residential backyards out into the countryside.

Hita also has some ancient shrines. Some are a crumble of desolate ruins and worn temple structures, great though for that mysterious shrine atmosphere.

Well kept, up a mountain side, is the grand Takatsuka Atago Jizo Shrine, still pulling the visitors in even at 1,200 years old. Its popularity might be due its granting almost every wish under the sun, but mainly it is noted for jizo that guard travellers and children.

The eats in Hita are good, too. Unpretentious restaurants dish out heart warming food.

I stayed at the Plaza Hotel Fujinoi near the station. It is the kind of hotel where the clerk chases after you waving a tourist map you might need.

Hita is the blind date you hope to see again.

Hita is over an hour by express train from Hakata Station in Fukuoka.

The Nishitetsu bus from Hakata goes direct to Hita in about two hours.

A pedestrian underground passage way links Mameda and Kumamachi. It is next to the Hita Tourist Information Centre by Hita Station. 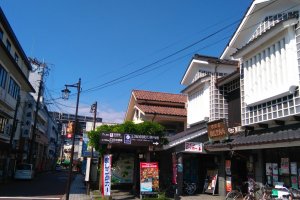 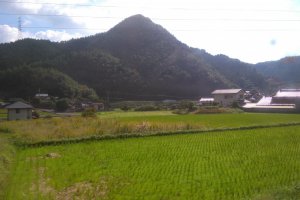 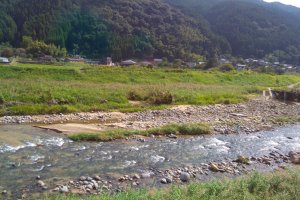 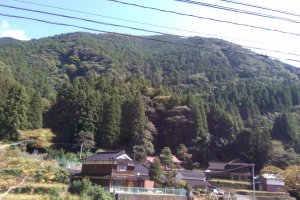 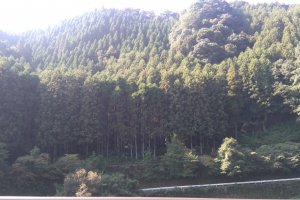 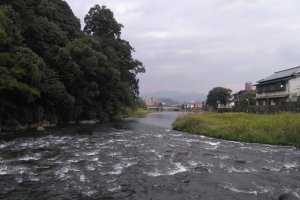 Bonson Lam a year ago
I went to Mameda a few years ago. A really charming town, as you say.
Reply Show all 0 replies

Sleiman Azizi a year ago
The blind date that didn't disappoint! Love it!
Reply Show all 0 replies

Elizabeth S a year ago
Japan is so dense with interesting towns that random accidents can reveal some real gems, right?

What a charming place. Your description makes it enticing. Another for a Kyushu itinerary!
Reply Show all 1 replies

Arlene Bastion Author a year ago
The unexpected can sometimes be more of an excitement of discovery. I like going into"unknown" towns because you know so little about them, but they turn out to be "gems" like you said! Cheers!
Reply

Kim a year ago
I loved the way you described this town! I was charmed by Oita Prefecture when I visited - I hope to return someday!
Reply Show all 1 replies

Arlene Bastion Author a year ago
Me, too!!!! May all our hopes be realized !!!!
Reply
6 comments in total