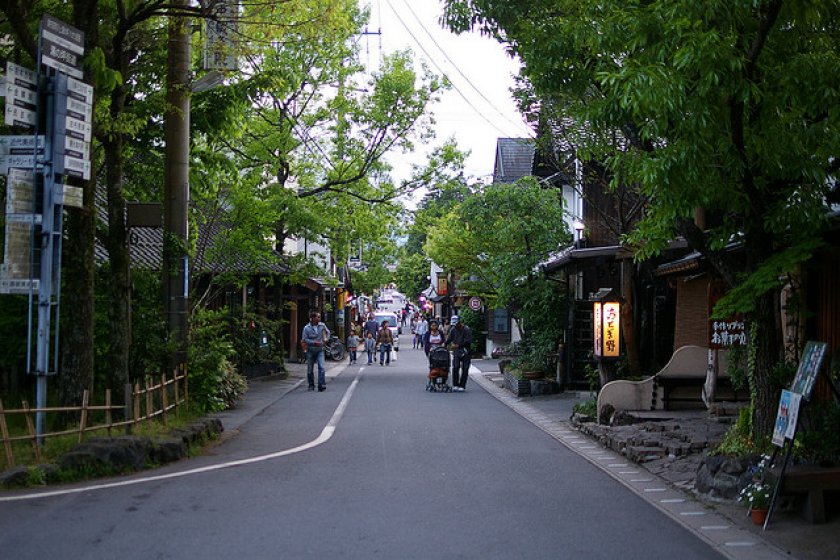 A rollicking motorcycling adventure from Osaka to Beppu

On the road to Yufuin Oita (Photo: Lazy Friday 13th)

Let me introduce the 3 Blind Mice motorcycle touring club founded in Osaka, Japan in 1993 by one Scot, one Aussie and an Englishman –none were blind nor mice, but read on.

The Aussie, Steve Leave it-be, has now ‘left the building’ i.e. returned home to his native land. The Englishman, Mike-sensei, worked in almost every university in the Kansai (Osaka-Kyoto-Kobe) region in the ’90s. His whereabouts are now unknown. And The Scot, Jules, Big W. remains in the land of twisting turns, 1000-year old Buddhist temples and some of the friendliest bikers on Earth.

If you want to know a bit more about the founding members of the 3BM bike riding club, and their motorbikes, please read the article about our ride around Lake Biwa, north-east of Osaka. If you want to hear about a longer, more challenging ride, read on.

The 3 Blind Mice decided to embark on a 5-day road trip that would have been very pleasant in the Japanese Spring, Summer, Fall perhaps, but not Winter. Unfortunately as we were all low-paid English teachers who had to work 6 days per week with very limited vacations, the New Year holiday stood out as the perfect time to go for more than an overnight weekend ride. Steve had lived in Okayama for a year and often talked about a long ride going westward. The plan was to leave Osaka early, the Royal Host family restaurant at Suita opened at 6am, and after a hearty Western-style breakfast, we took off. In fact Steve rode this trip alone as both Jules and Mike had other plans. Mike told us his bike needed repairs, but being mid-winter and with fun New Year celebrations going on we had our doubts.

So Steve and his dependable black and red Honda VT250F departed for the car ferry at Hiroshima on Dec. 29. The ride across to Hiroshima was mostly on the freeway, or should I say the toll way, as it costs an arm and a leg, even for bikes, if you travel more than 100km on them. Hiroshima is definitely worth an overnight stop as it has the most graphic and detailed social history museum dedicated to those who died, or were horribly disfigured, by the atomic bomb explosion in August 1945. However your intrepid biker, Steve, had seen it all before and was keen to catch the overnight ferry to Kyushu Island. You sleep/rest on tatami (rice straw mats) in one very large room with everyone else on these huge inter-island ferries. The vehicles are stored down below and Steve made sure the Honda was secured firmly with rolling waves likely on the 9-hour or so voyage to Beppu town.

It wasn’t a stormy night and we arrived around 7am in a town famous across the country for its steaming hot spa baths or ‘Onsen’. Beppu has indoor ‘Onsen’ and outdoor hot natural spring baths called ‘rotenburo’. The town has many luxurious, scented baths with masseurs, and beauty treatments, etc. And it also has large communal, mixed and single-sex, Onsen which are very inexpensive. But never forget to wash yourself all over before you enter the hot bath!

What I liked from a tourist viewpoint in Beppu was the ‘Jigokyo onsen’ or ‘Hell’s springs’ which are a series of hot water pools in different colors, from blood red to bright turquoise and bubbling green! You couldn’t enter these pools, but they were fascinating to look at. There was an even a rotenburo for the animals. Someone had built a zoo and brought in a couple of hippopotami who enjoyed the warm water and mud baths while the tourists enjoyed watching them. 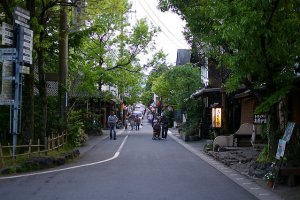 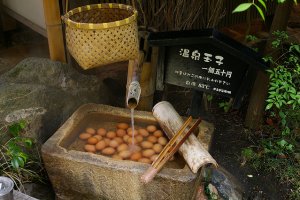 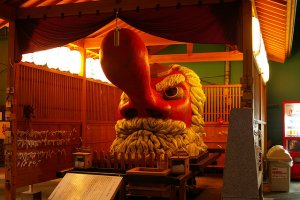