Fly Direct from Kaohsiung to Naha

The gateway to Japan and North East Asia

Okinawa, or the Ryukyu Islands as they were known in earlier times, was the centre of maritime trade routes, from Taiwan, Thailand and Indonesia in the south, to mainland Japan and Korea in the north, and China to the west. While planes have now replaced ships as the travel mode of choice for most passengers, recent times have seen Okinawa experience a renaissance as a travel hub.

In the last two years the number of international passengers flying directly into Naha has doubled to over 1.6 million in 2016, spurred on by new routes such as Tianjin (Air China) and Nanjing (Juneyao Airlines).

Tigerair Taiwan will add to this connectivity with direct flights from Kaohsiung from 4 March 2017, linking Southern Taiwan with Southern Japan using its Airbus A320 narrow-body aircraft. The twice-weekly flight departs Kaohsiung at 16:55, arriving into Naha, Okinawa at 20:36. This is in addition to the direct flights from Taipei Taoyuan. From Naha, Taiwanese travellers can easily access 18 Japanese cities in Okinawa, Kyushu and Honshu. 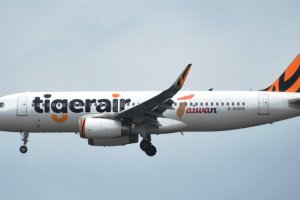