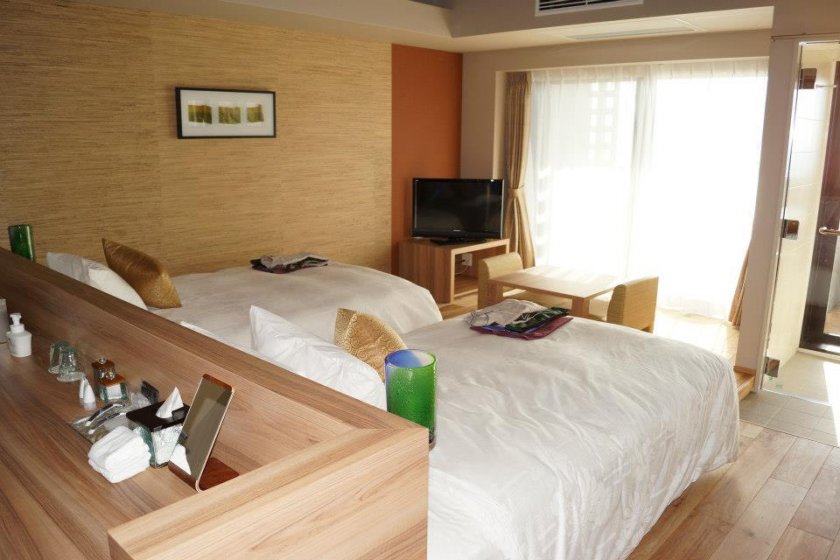 A picture perfect place to stay just outside the city.

One of the 104 available rooms. (Photo: Kathryn Spoor )

The one thing that I have learned over the years while traveling to various destinations is that the right hotel can be the foundation for your entire trip. For those traveling to Okinawa with the intent to relax and still enjoy the hustle and bustle of Naha the Ryukyu Onsen Senagajima Hotel just may be the right place for you.

The Ryukyu Onsen Senagajima Hotel is located on a small island just off the coast of Okinawa which can be accessed via bridge. By car it is just 15 minutes from the Naha Airport making it’s location ideal, especially for those staying on Okinawa for just a short time. Although all the excitement of Naha and southern Okinawa is at your fingertips the hotel is segregated just enough to offer a relaxing getaway when the day is done.

By minute 16 as your car or cab pulls into the offloading area of the hotel you will quickly be taken away by the beauty of Okinawa. Even after all the years I have been living here I could not take my eyes off the ocean which seemed to go on forever. Once you enter the hotel large windows make it almost impossible to turn a corner or make a passing glance without seeing the ocean.

Shortly after you check in with the friendly front desk staff it’s off to your room. Very much like the rest of the hotel the rooms are simple and clean. The ocean takes it’s place as the focal point of each room with the only other splashes of color coming from light fixtures made of Ryukyu glass. When it comes to size the rooms are pretty much standard, for Japan that is. For those of you who have never had the pleasure of staying in Japan before the rooms will probably be smaller then you are expecting. What I mean by this is that there is enough room for two adults to move around and function, that’s about it.

Also like other hotels throughout Japan each room includes a list of amenities such as a hair dryer, toothbrush, combs, razors and more. This is especially helpful in the “you can’t bring that on a plane” age. Rooms also include a TV, refrigerator and electric kettle. There are also other conveniences which are in the larger more expensive rooms such as tables and chairs, desks and so on.

The Ryukyu Onsen Senagajima Hotel also offers a variety of other services to include a beauty salon, massage treatments, rental bikes, onsen and has accommodations for pets as well. Prices vary for the different services offered but aren’t too bad if you’re wanting to have that tension massaged away after a long day of exploring.

Pricing starts about about ¥20,000 per night for two people which is pretty competitive with other hotels on the island. There are also a lot of package deals available on the website which can save you a lot of cash. Packages include everything from discounts for booking over 60 days in advance to dining plans.

Overall there are two main things that I absolutely love about this hotel. The first is that the location is the epitome of an island getaway. If you’re not careful you can almost forget that a few short minute ago you were just in Naha City. The second is that because of it’s close proximity to the airport you are also close to a Yui Rail station. This monorail system is small compared to other rails in Japan but is a great way to get around to some of southern Okinawa’s notable tourist attractions.

If you’re looking for an island getaway but love the excitement of the city the Ryukyu Onsen Senagajima Hotel is sure not to disappoint.

Hai Sai! I'm Kathryn and I live on the beautiful island of Okinawa. I enjoy exploring not only the things that Okinawa is well known for but also those little known places in between. 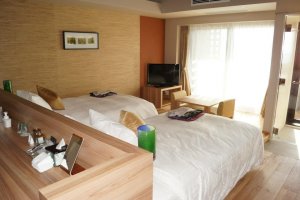 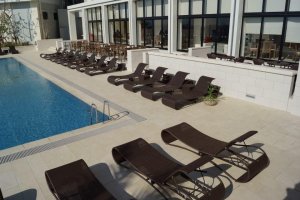 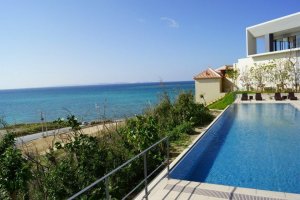 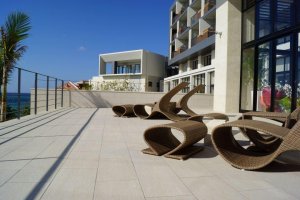 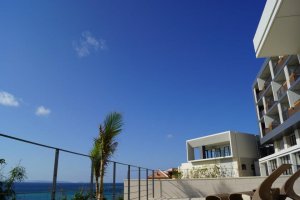 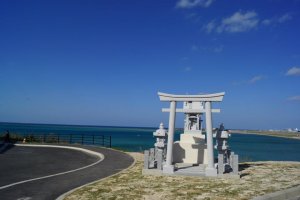