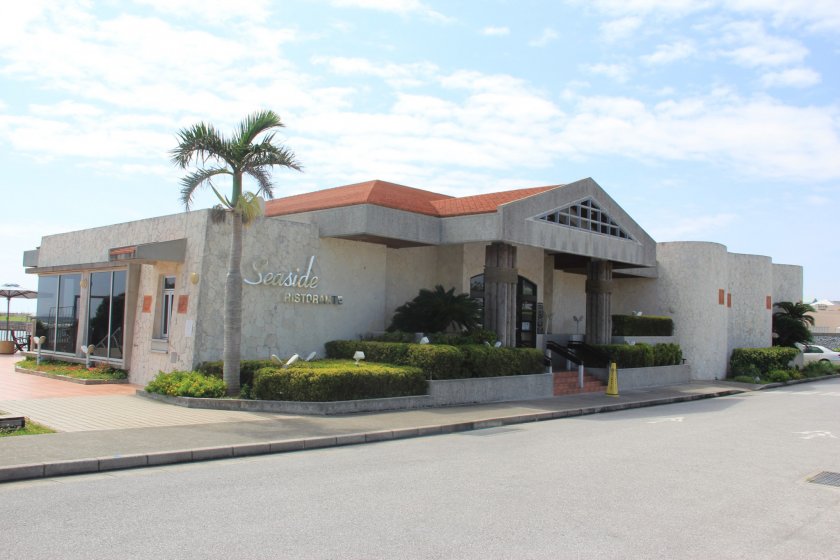 Seafood, Pizza, Pasta and Steak at the Kadena Marina

There’s an oceanfront option for visitors traveling north on Route 58 just beyond Chatan. Seaside Ristorante located inside the Kadena Marina on Kadena Air Base, in Kadena Town, Okinawa serves pasta, seafood, pizza and steak from its large interior dining room, its waterfront patio, or via its walk-up order window.

Yes, this restaurant and the marina itself are on an American military base that exists as a part of the mutual defense agreement between Japan and the United States. Food on American bases may be purchased by anyone with base access in its clubs and exchange restaurants. The Marina has a sentry gate but curiously it is never staffed with sentry personnel to check identification. The Marina itself is segregated from the rest of Kadena Air Base. I did not investigate why the facility is open to the general public. Perhaps it has something to do with the small island just off shore from the marina possibly not being a part of the base, or that Kadena Town itself does not have a beach on its land that is outside of the base. The facility itself in addition to the marina and restaurant has a beach, a large grassy field for picnics and barbeque grills.

I recently visited Seaside Ristorante with churchgoers from Belmont Church of Hija in Yomitan for lunch on a Sunday afternoon. Our large group consisted of both Japanese and Americans. The restaurant is operated by the Kadena Air Base morale, welfare and recreation organization and has been at the marina for years. The building itself was extensively renovated in recent years. The dining room is large and is surrounded on two sides by windows and sliding glass doors leading to additional outdoor patio dining that overlooks the East China Sea.

After being seated by a hostess we were given menus, water, and bruschetta appetizers to sample. The menu offers a full range of choices. Soups, salads, or combinations of both, appetizers, gourmet pizzas, pastas, steaks, sandwiches, burgers and other Italian dishes are included along with kids meals; a full range of beverages are also available as are beer, wine and mixed drinks from the restaurant’s bar.

I chose the fettuccini alfredo for its rich sauce made with roasted garlic mixed with fresh fettuccini pasta. The meal came with a slice of toasted garlic French bread. I am certain the restaurant uses heavy cream, real parmesan cheese, and salted butter for this dish as the taste is rich and satisfying.

Seaside Ristorante’s menu is priced in American dollars but also accepts Japanese yen and credit cards. Everything on the menu is priced from about $8 to $13 dollars except for large pizzas that top out at $18, kids meals that are about $6, and soups and beverages that are a dollar or few dollars each. The restaurant is open from 11:00 ~ 20:30 every day except for Friday and Saturday when it closes at 21:00. The Kadena Marina is located on the East China Sea just north of Chatan in central Okinawa; look for the first lighted intersection once passing the Sunabe area of Chatan on Route 58. Bring a towel, goggles and swimwear to enjoy the beach after dining at the restaurant. 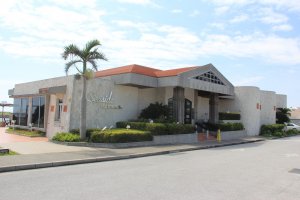 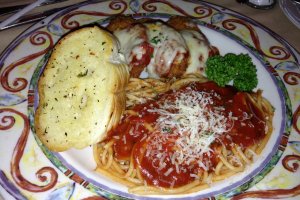 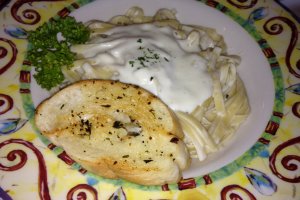 Michael Flemming Author 7 years ago
Thanks Kathryn. I'm going back next week and cant' wait to dine on the deck overlooking the East China Sea again!
Reply Show all 0 replies

Kathryn Spoor 7 years ago
Italian food. . . . really not my thing but I have to say that these pics looks absolutely mouthwatering! Might have to check this place out!
Reply Show all 0 replies
2 comments in total