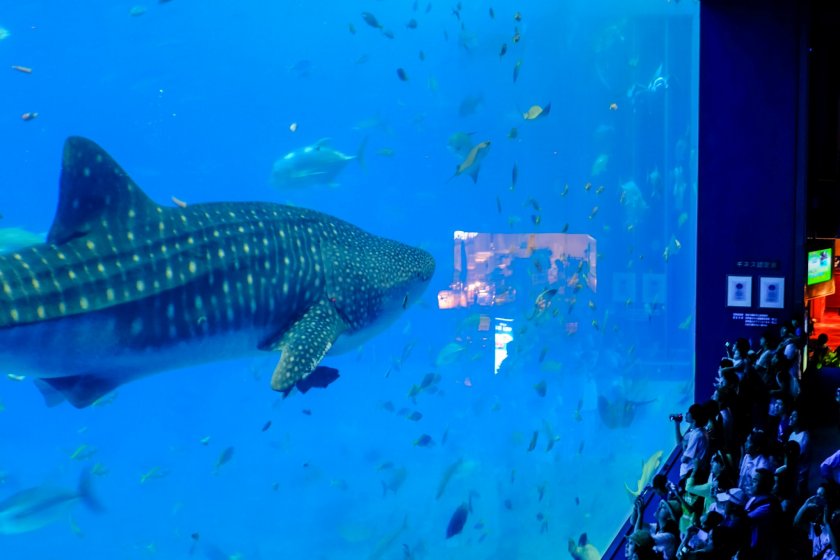 The Kuroshio (Black Current) Sea is without a doubt the main attraction inside the Churaumi Aquarium in Okinawa, the third largest aquarium in the world. The Kuroshio Sea is a staggering 7,500-cubic meters (1,981,290 gallons) of water in a 35 meter wide by 27 meter long, and 10 meter deep tank. The main window of the tank measures 8.2 meters by 22.5 meters and is made up of 7 panels, glued together, to form a 60 centimeter thick acrylic panel. The appearance is mesmerizing and the window is so clear that for a moment, visitors can feel as if they have stepped into a magical underwater world.

The Kuroshio Sea is most beautiful during the morning hours as the sun beams into the tank, showing how the species behave differently in natural light. Throughout the day there are numerous educational programs that showcase how the species are transported into the tank, images from divers inside the tank and of course the thrilling feeding time. During the feeding times at 15:00 & 17:00, you can witness the unique way in which the whale sharks feed as they “stand up” vertically, gulping in massive amounts of krill in an extraordinary display of power.

Another highlight of visiting the Kuroshio Sea is the behind the scenes observation tour that gives visitors the opportunity to view the tank from an observation platform suspended above the tank. From there, you can watch the fish swim beneath your feet, see how they deliver new species into the tank and observe the mechanics behind such an impressive facility. The behind the scenes tour is open between 10:00 ~ 14:30 & 17:30 ~ Closing and is free of charge.

Instead of three hour bus journey from Naha, I decided to rent a car with Nippon Rent-A-Car, which allowed me to visit the aquarium later in the afternoon and explore the surrounding villages.

Below is a video of The Kuroshio Sea, best viewed full-screen in HD. 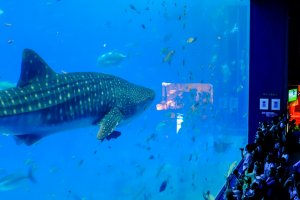 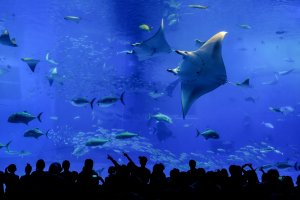 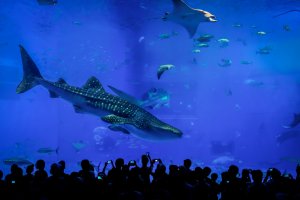 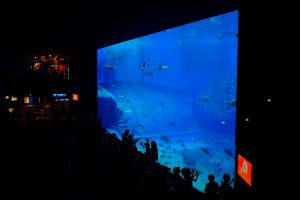 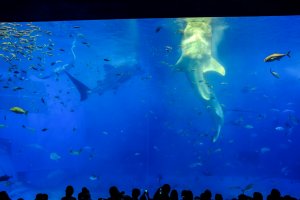 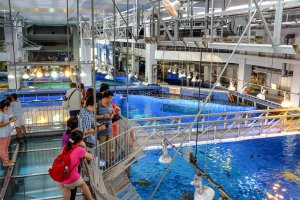 Chris Barnes Author 6 years ago
Thanks Anja. I could have sat there all day looking into the tank!
Reply Show all 0 replies

Anja Bašić 6 years ago
Looks like an amazing place to visit! Love the photos and the video, so mesmerizing.
Reply Show all 0 replies

Chris Barnes Author 6 years ago
Thanks Alice. If you stare at the tank enough you begin to feel as if you are floating around inside!
Reply Show all 0 replies

Alice Odoux 6 years ago
Thank you for this video, it really makes me want to go! A pure moment of relaxation thanks to you ! :D
Reply Show all 0 replies
4 comments in total