Fly Direct From London to Osaka

British Airways is resuming its direct service from London Heathrow to Osaka Kansai service, which it previously operated until October 1998 using Boeing 747 aircraft. Japan Airlines had also operated this service in the past. This is fantastic news for travellers in both Osaka and London, as there hasn't been a direct service for a long time.

From 31 March 2019, British Airways will operate the Boeing 787-8 aircraft on this route 4 times a week. The economics of the 787 is well suited for this long thin route, able to sustain lower passengers compared with the Boeing 747. BA019 departs London Heathrow at 1420 and arrives at Osaka Kansai 0950 the following day, while BA020 departs Osaka Kansai at 1130 and arrives at London Heathrow at 1550.

The new route takes the number of daily flights between London and Japan offered as part of British Airways’ joint business with Japan Airlines up to 32 per week, and will add to the 7 per cent growth in traffic between Japan and Europe last year. This will also add to the oneworld global network, with added frequent flyer redemption opportunities. For example flyers on the kangaroo route between Australia and London can now fly via Osaka, opening up another city for a stopover.

Sale fares in May and June 2019 are available from £598 return, making it a great time to see the springtime festivals in Kyoto, as well as the peak of the lily and hydrangea flower season in Yoshimine-dera. From Kansai Airport, there are multiple options to travel to Kyoto. 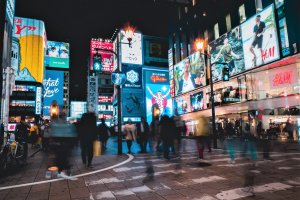 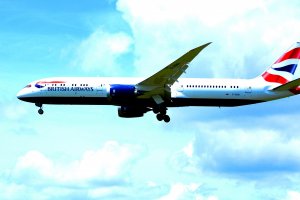 Yui Yamaguchi 2 years ago
Oh great news! Japanese government is considering 10 days Golden Week next year (because of ceremony of emperor's family) next year. People can fly out from Osaka too!
Reply Show all 2 replies

Bonson Lam Author 2 years ago
That would be great news to have 10 days of holidays in April and May, and a good tip to book a hotel early for Osaka at that time, as many domestic travellers will take that chance to visit Osaka.
Reply

Bonson Lam Author 2 years ago
I remember flying the 747 from London to Osaka. Now it would be great to try the 787 dreamliner.
Reply

Kim 2 years ago
Super convenient and great for tourism!
Reply Show all 5 replies

Bonson Lam Author 2 years ago
A few years ago, the Finns could boast they could come to Osaka for a long weekend with their direct flights from Helsinki to Osaka. Now the Brits can do the same. Don’t let the Finns have the fun!

Sleiman Azizi 2 years ago
Nothing like a good challenge, right?
Reply

Bonson Lam Author 2 years ago
Absolutely! London is one of the last major European cities to start flying again to Osaka.
Reply

Sleiman Azizi 2 years ago
Is there a reason why London took so long?
Reply

Bonson Lam Author 2 years ago
Tokyo is a hub for the oneworld carriers BA and JAL, and so it takes a lot of demand before a direct flight to Osaka could be justified. But now the time has come!
Reply
11 comments in total