Temple of the Legendary Prince

Otori Taisha, whose name translates as Great Bird Shrine, was once the Ichinomiya, or First Shrine, of the ancient Izumi Province. Izumi, along with nearby Settsu and Kawachi Provinces were eventually merged to form what we know as Osaka Prefecture. Unlike its neighbour, Sumiyoshi Taisha though, Otori Taisha has always remained somewhat obscure.

2,000 years ago, Empress Oho-Iratsume, wife to the 12th Emperor, Keiko-Tenno, gave birth to twin sons; the Crown Princes Oho-Usu and Wo-Usu. As they grew up, Prince Wo-Usu in particular developed into a tall, strong and handsome young man. However; he also possessed a violent temperement and even killed his own brother.

Out of caution, Emperor Keiko ordered his son to travel to Izumo Province (now Shimane Prefecture) in order to quell a rebellion. He was then sent to Kumaso (modern day Kumamoto Prefecture) to put down another rebellion. Here, he famously dressed as a maid-servant and got the Kumaso rebels drunk and defenceless. Then, as he drew his sword, the leader of the rebels gave him the name he is most widely recognized by today; Yamato-Takeru-no-Mikoto, Prince Yamato the Brave.

Despite crushing the rebellions in the west, Emperor Keiko was still fearful of his son and so sent him far to the opposite side of the country to conquer the barbarians of the east. On his way, he stopped at Ise Jingu in Mie Prefecture to seek advice and assistance from his Aunt, Princess Yamatohime who gave him her blessing as well as the legendary Grass Cutting Sword, Kusunagi-no-Tsurugi.

However; on his return from a successful campaign, Prince Yamato offended the spirit of Mount Ibuki along the border of Shiga and Gifu Prefectures. This mountain god cursed the prince with an illness and he eventually died in northern Mie.

Upon his death, Prince Yamato turned into a great, white bird and flew west. He briefly landed in Habikino in central Osaka and then at Otori before flying off into heaven. That same night, a whole forest grew around the spot at which he had landed. The local people were awestruck by the sudden appearance of this Chigusa-no-Mori, or Forest of a thousand kinds of Tree, that they built a shrine in order to worship white swans. This shrine would go on to become Otori-Taisha.

The shrine occupies a large square just a short walk from Otori Station on the JR Hanwa Line. It covers about 50,000 square meters which making it slightly smaller than Sumiyoshi Taisha, but much of the grounds are covered in forest.

Its main entrance is marked by a large wooden Torii flanked by a pair of Komainu, fierce looking “Lion Dogs” that often act as guardians for shrines. A wide, white stone promenade stretches out beyond the Torii, bordered by a fence of polished stone that bears the names of families who have donated to the shrine.

After a short distance, this avenue turns into a small square and if you look carefully, a noble figure, cast in bronze and turned green with age, sits atop a platform set back into the trees. This statue is of the legendary Prince Yamato Takeru himself, holding his fabled sword, Ame-no-Murakamo-no-Tsurugi, “Sword of the Gathering Clouds of Heaven” which he later renamed to Kusanagi-no-Tsurugi, “Grass Cutting Sword”. This mysterious blade is one of the three sacred objects that make up the Imperial Regalia of Japan.

Next to the statue of the Prince is another of a fine looking horse. This is Hikage, the favourite horse of 12th century warlord Taira-no-Kiyomori who visited the shrine to pray for the protection of his family. Kiyomori and his clan went to battle against the rival Minamoto clan. However, Kiyomori died of illness just a short time into this Genpei War. The Minamoto ultimately destroyed the Taira and went on to form the Kamakura Shogunate.

Just beyond the statues is another large, wooden Torii which marks the entrance to the shrine proper. The main halls of Otori Taisha are built in a unique architectural style called Otori-Zukuri and fashioned from very dark wood. The heavy roof is adorned with very prominent Chigi, the sword-like ornaments that mark the gable ends.

Otori Taisha is listed in an ancient book of Japanese customs called the Engishiki which was written between the years 905 and 927, making the shrine at least 1,000 years old. However, the shrine buildings were destroyed by fire in 1905 and were subsequently rebuilt in 1909.

Throughout the grounds are several Setsumatsusha, smaller auxiliary shrines, often tucked away in corners or partially hidden by trees. As you might expect from a forest of mystical origin, there are also a few particularly old and wizened looking trees that are marked with Torii of their own as well as paper streamers.

On most days Otori Taisha is very quiet; a welcome oasis where one can escape the noise of busy Osaka. And with its cultural significance and connection to the legendary Prince Yamato Takeru, it is worth taking some time to explore.

To reach Otori Taisha, take the JR Hanwa Line from Tennoji Station and get off at Otori Station. The shrine is about a 10 minute walk from the station. 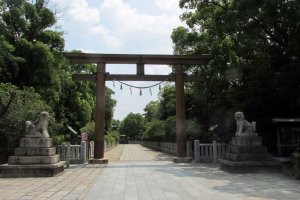 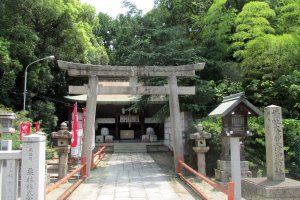 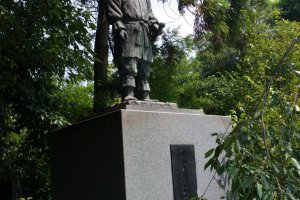 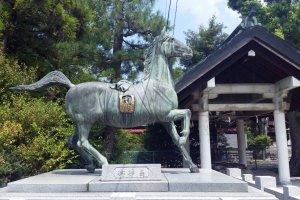 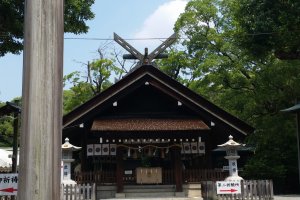 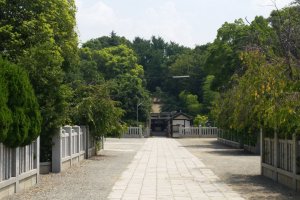 Bonson Lam a year ago
An amazing story from 2000 years ago, with rivalry reminiscent of Abel and Cain.
Reply Show all 1 replies

Gary Luscombe Author a year ago
Yamato Takeru often gets compared with King Arthur though it's a comparison I don't really see. Apart from the mythical swords, they have very different personalities.
Reply

Elizabeth S a year ago
The main shrine is distinctive. I've never seen anything like it.
Reply Show all 1 replies

Gary Luscombe Author a year ago
This actually the first of two halls, but I didn't have a picture of the inner hall. The second hall runs sideways compared to this one though they are of similar size.

The dark colours and simple style give it an air of mystery though.
Reply

Sander van Werkhoven a year ago
Another beautiful shrine with a great story behind it!
Reply Show all 1 replies

Gary Luscombe Author a year ago
It is a small enough area that you can actually explore in under an hour, but knowing some of the tales adds another dimension to it!
Reply

Gary Luscombe Author a year ago
Thanks Sleiman! It's one of the places I discovered by reading the Kojiki and Nihon Shoki; two of my favourite guide books.
Reply

Elena Lisina a year ago
I like historical places in Japan. The story of fight between Genji and Heike wasn't that simple, right?
Reply Show all 1 replies

Gary Luscombe Author a year ago
I find that historically it was quite simple, two rival clans fighting to rule. But the story according to the Heike Monogatari makes it much more complex.
Reply
10 comments in total