In 1894, this Roman Catholic Cathedral was originally built as St. Agnes Cathedral. The cathedral was completely burnt down due to massive air raids during World War II. In 1949, it was founded as St. Francisco Xavier Cathedral. Finally, the church was rebuilt in 1963 as the present day Grand Cathedral of the Virgin Mary of Osaka. It is also known as Osaka Cathedral of Tamatsukuri of Saint Mary.

Takayama Ukon, a Samurai and a lord of the northern part of Osaka, was one of its main driving forces. The Tokugawa Shogunate prohibited Christianity in 1612 as they believed that foreign religions imposed a great threat in the country. Takayama was forced to leave Japan, finding a home in Manila where he died in 1665.

Hosokawa Gracia was a female samurai and a Christian convert. She was the third daughter of the daimyo Akechi Mitsuhide and wife to Hosokawa Tadaoki. After Tadaoki’s father betrayed and killed his lord, Gracia was sent and confined to the Hosokawa mansion. She was converted to Christianity by her maid who was from a Catholic family. Gracia committed suicide through seppuku (samura’s way of dying with honor) after refusing to stay in Osaka Castle as a hostage during the Battle of Sekigahara in 1600.

The current site of the church was a former premise of the feudal lord Hosokawa family’s mansion. Standing in the right corner of the church is the statue of Gracia Hosokawa. In the left corner, meanwhile, is the statue of Ukon Takayama. The two were known as devoted Christians who showed deep and unwavering faith up until the end of their lives.

With that, not only is the Osaka Cathedral a place of worship but also a place that has roots in its deep faith, way back in history. 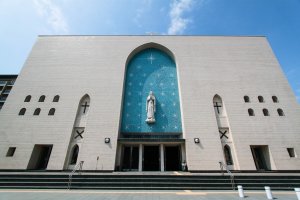 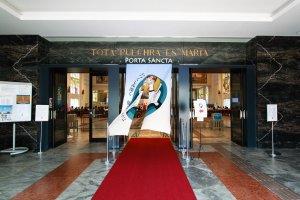 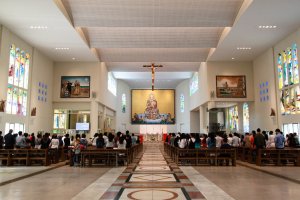 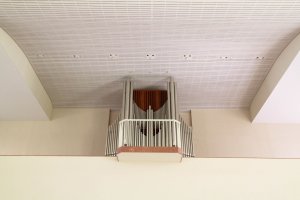 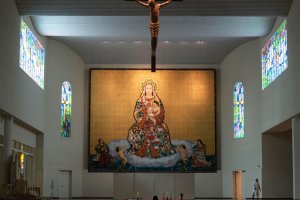 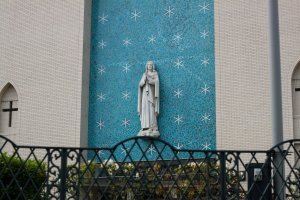 Bonson Lam 5 years ago
Thank you for this historical tour. There is also a connection to Fukuchiyama Castle here. https://en.japantravel.com/kyoto/fukuchiyama-castle/18267
Reply Show all 0 replies
1 comment in total