The park is closed from April 25th due to Corona concerns.

[January 15, 2021] Due to the 2nd Covid-19 Osaka lockdown, the opening of Super Nintendo World will be delayed.

[October 23, 2020] It is reported that Super Nintendo World's opening will be postponed until later in the year due to the impact of the Covid-19 pandemic. This new attraction will feature rides, activities, and restaurants based on Nintendo’s most famous characters, including Mario, Princess Peach, and Yoshi.

[June 29, 2020] It is reported that Super Nintendo World's opening will be postponed until later in the year due to the impact of the Covid-19 pandemic.

The new area is virtually complete for its original planned launch in late July, but a postponement has been decided to help manage what would have seen a huge influx of visitors — going against government priorities to manage the coronavirus epidemic.

[Jan 13, 2020] New collaboration video by Galantis and Charli XCX is released to celebrate the incoming Super Nintendo World in Osaka:

[Dec 9, 2019] When gaming fans hear the name Super Nintendo World, they likely envision a world of colorful scenery and beloved Mario characters. Thanks to Universal Studios Japan, that is exactly what visitors will get.

New images of the expansion-in-progress reveal that Universal Studios Japan in Osaka is getting ready to give guests exactly what they’ve been hoping for. The themed, multi-level land will make visitors feel as though they have been dropped right inside the world of Mario. They can experience attractions, shops, restaurants, and rides—including a Super Mario Kart and Yoshi’s Adventure rides. Visit Princess Peach’s pretty pink Castle or brave Bowser’s fortress-like castle.

The new area expects to open before the 2020 Tokyo Olympics and will give Japanese people and visitors from abroad a new experience they can only experience in Japan. And with USJ being easily accessible from Kansai International Airport, it'll be easier than ever to have a Nintendo-experience. Fans all over the world can finally interact with these famous characters and go on a Nintendo adventure of their very own. There are even plans for a Donkey Kong area in USJ’s Super Nintendo World. That’s a lot to look forward to!

Of course, this isn’t the first time Universal Studios Japan will capture the hearts of the public; and Super Nintendo World is far from the only attraction guests can expect. With its hugely successful Wizarding World of Harry Potter, guests can become a wizard; or in Jurassic Park, escape from terrifying dinosaurs from the movies; and children are sure to love the ever-popular Minion Park.

Nintendo going from strength to strength

Nintendo, too, is making headway into expanding its many franchises into the real world. Nintendo Tokyo opened in Shibuya Parco in November 2019 and has already drawn huge crowds and become a hot spot Mecca for gamers. Fans around the world can look forward to innovative ideas from Nintendo as they go forward. It will be great to see how Super Nintendo World at USJ expands from here and what Nintendo has in store for the future. 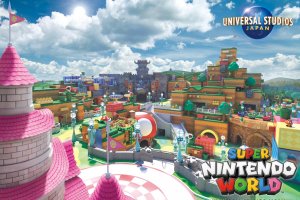 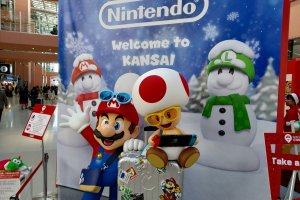 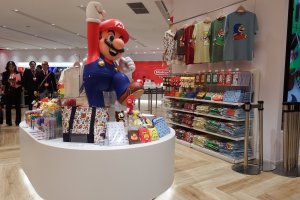 Sherilyn Siy a year ago
The child in me who used to play with what was called the "Family Computer" in the 80s suddenly went bonkers over this news.
Reply Show all 0 replies
1 comment in total