Magic was the theme of 2014, when the Wizarding World of Harry Potter stormed in over the summer. Between Hogwarts Castle and four other major attractions launched recently, Universal Studios is poised to have a record setting fiscal year in number of visitors.

Universtal Studios Japan opened on March 31, 2001, and attracted 11.02 million visitors in its first fiscal year of operation. That figure, unsurpassed until now, will be broken in coming days, USJ officials said.

Visitor numbers have risen sharply since the opening last July of the Wizarding World of Harry Potter. In October, Universal Studios Japan recorded its highest monthly total of 1.46 million visitors. Then in January, the park clocked its 10 millionth visitor since April 1, 2014, a record pace for any fiscal year. 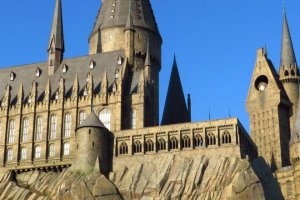