Connection to the wonders of Kyushu

Saga Airport (sometimes referred to as the Kyushu Saga International Airport) is located approximately 25 minutes by car from central Saga City. The airport offers routes to and from Tokyo's Haneda and Narita Airports, as well as international routes to Shanghai and Xi'an in China, Taipei in Taiwan, and Seoul (Incheon) and Busan in South Korea.

The airport has several different retail stores available selling various locally-sourced foods, drinks, and souvenirs, including Saga Koubou which is popular for their Saga beef flavored rice crackers, mentaiko, and unique sweet potato shochu, a type of alcoholic drink. If you want something to eat before your flight, there is a spacious restaurant - Restaurant Camphor - on the third floor. At the restaurant you'll find both light snacks and drinks through to full meals, including some regional specialties like Sicilian rice and Saga champon, a popular noodle dish.

Free WiFi is available throughout the terminal, and there are several free charging ports across the airport which can be used for your electronic devices. Right next door to the terminal building there's the Saga Airport Cosmos Garden, which provides a pop of seasonal color in the autumn months.

For those who plan to continue their travels throughout Saga by car, there are a number of car rental counters available in a separate building on the east side of the passenger terminal building. Many of the major rental chains are available, including the likes of Orix, Times, and Nippon Rent-a-Car to name a few.

Saga Airport is located in Kawasoe, which is approximately 35 minutes from the JR Saga Station by bus. Buses to the downtown Saga area depart right out the front of the first floor terminal building. Taxis are also available.

For those who are driving to the airport, on-site parking is available and is free irrespective of the duration you're there for. 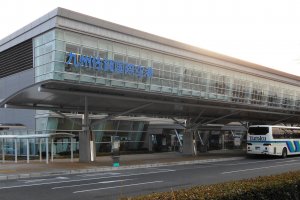 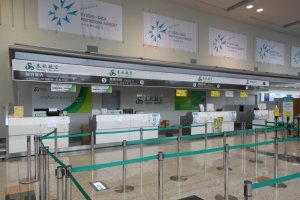 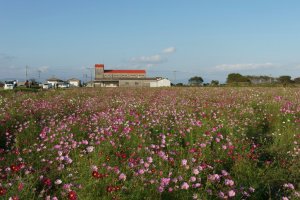