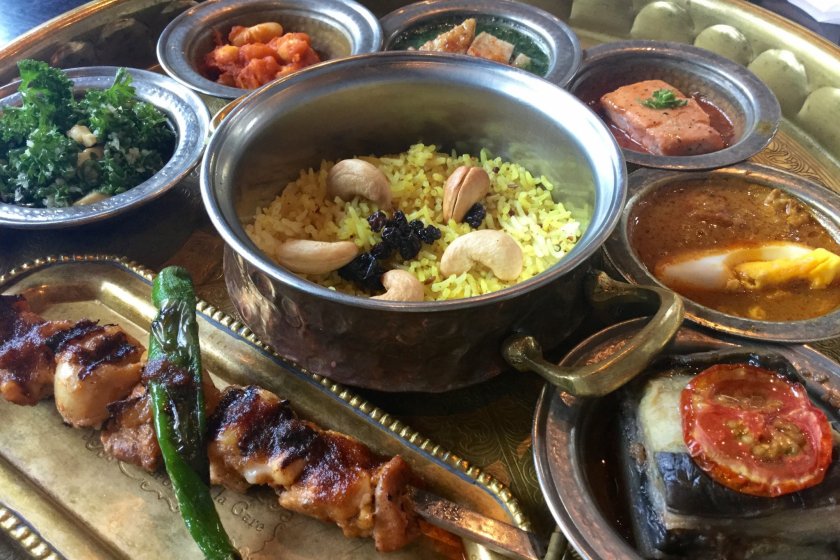 Arabian mystery and charm in Hanno

Carvaan evokes ancient Persian palaces and enclosed courts, where groups of traders, pilgrims and long-distance travellers gather to eat, rest, and exchange news of far-flung countries in an atmosphere that is both foreign and charming, mysterious and vibrant.

Except that we didn't time travel to Constantinople or anywhere near the Ottoman Empire. This restaurant is tucked somewhere in the forest valley across the Hanno river in Saitama.

Inside are Turkish imperial court style lamps that make Arabesque light and shadow patterns. On one side of the building, huge glass panels overlooking the forests and the Hanno bridge. Inside is a space furnished with an eclectic mix of Arabic and Meiji-era Western style furniture and decor.

Carvaan is best known for their beer, crafted from hops that they grew themselves and brewed in house. But it is the food that will transport you instantly to the Far East.

We ordered the Arabian Burger and the Arabian lunch course, both meals fit for a sultan. We were served a rich lentil soup, kale salad and Arabian dips with Aish flatbread, a bread eaten in ancient Egypt, for starters. Next came the Arabian Burger, a burger like we have never had before. Chopped lamb meat patty is layered with feta and gouda cheeses, tabbouleh, vegatables with harrissa and tartar sauce, sandwiched between a hearty whole wheat bun, and served with fries.

The Arabian plate is a feast for the eyes. Tabbouleh, grilled chicken with mulkhiya, zoroaster curry, Egyptian fava beans, salmon chraimeh sauce, moussaka, and a shish-kebab are gorgeously plated around a serving of basmati nuts rice.

Both the Arabian Burger and the Arabian lunch course came with palm nectar milk gelato and coffee or tea but we ordered two more desserts as we were feeling extremely decadent.

Ghazal Beirut is an ice cream dessert from Beirut that expresses white snow falling in the Lebanon Mountains. It is topped with Arabian cotton candy 'Ghazal el Banat'. This dessert must be pre-ordered.

Polishing plate after plate, we were in a trance and under the spell of an Arabian dream.

Carvaan is a 12 minute walk from the North Exit of Hanno Station (served by the Seibu Ikebukuro Line). Ample parking spaces are available. 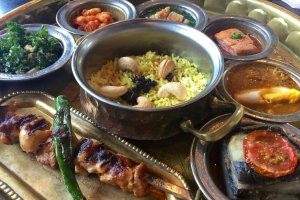 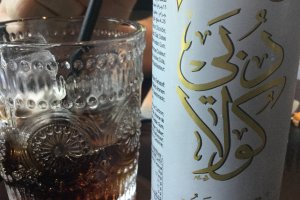 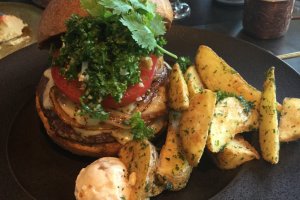 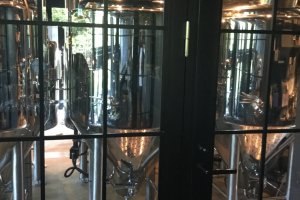 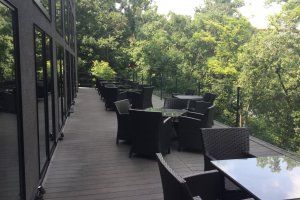 Elizabeth S a month ago
Craft brew and middle eastern food?! I really want to go there.
Reply Show all 0 replies

Bonson Lam a month ago
Love the thought of a thousand and one Arabian nights in a place like this. I once tried an Afghan dinner under a tent, it was amazing
Reply Show all 0 replies

Kim B a month ago
How was the cola? It sounds really interesting!
Reply Show all 1 replies

Sherilyn Siy Author a month ago
The cola was special. Definitely a must try
Reply
4 comments in total