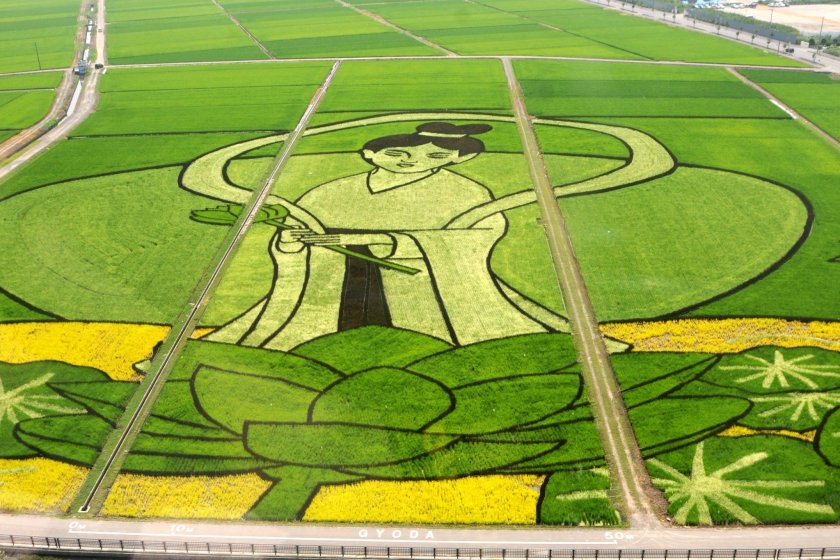 A park of ancient lotus flowers in Saitama

Located in a quiet corner of Saitama Prefecture, the city of Gyoda was mostly forgotten by tourists until November 2012, when a movie about its castle, Nobo-no-shiro, was released. The city actually has a lot to offer, including the Kodaihasu-no-sato, a park full of ancient lotus flowers.

During excavation work for a building in Chiba Prefecture, lotus seeds were found. The seeds were germinated and planted in a garden in Gyoda. The number of petals on the blossoming flowers were less than an ordinary lotus and resembled an extinct lotus plant. The seeds were tested and were determined to date back approximately 1,400 to 3,000 years.

A large park grew out of the garden, and the Kodaihasu-no-sato now contains over 120,000 lotus flowers of 42 different varieties, including the ancient species. Lotus flowers bloom from June through August. The best time to visit the park is in the morning, when the flowers unfold one petal at a time.

On the grounds of the park is an observation tower, and on the first floor of the tower is a lotus museum. Although there is no English, many of the exhibits are self explanatory - showing the condition of lotus roots underground, different types of blossoms, etc. Those who read Japanese can learn quite a lot about the history of this unusual plant.

If gorgeous ponds full of blooming lotus flowers are not enough, the park has a secret that is only revealed by traveling 50 meters to the top of the tower. Gyoda is a mostly flat city full of rice paddies. One of these paddies has been turned into a giant artistic canvas. Different strains of rice, which grow into a variety of colors, are planted by hand in a pre-determined pattern in the spring. As the rice grows, an amazing picture is revealed. The Japanese call it 'tambo art'. Visitors can see each year's creation from summer through autumn.

In addition to the tower/museum, there is an omiyage (souvenir) shop with a tiny cafeteria that serves udon noodles.

Also in Gyoda, be sure to visit Sakitama ancient burial mounds, and the castle, Oshi-jo. 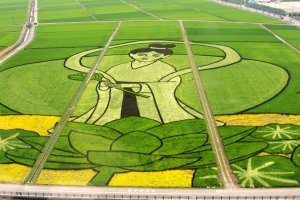 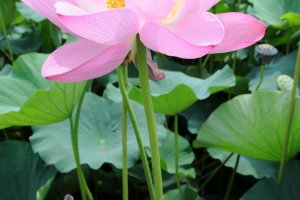 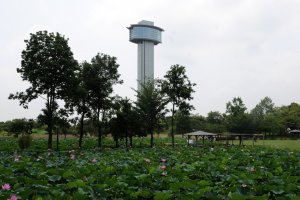 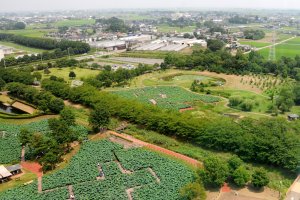 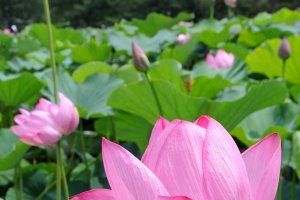 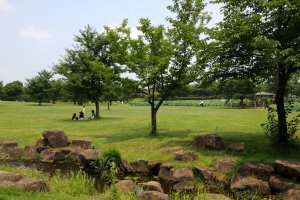