Sayama Inariyama prefectural park, Inariyama Park for short, is a park like few others in Saitama Prefecture. The park is more reminiscent of the parks in my homeland Ireland, with manicured lawns and wide footpaths. However, while it has an atypical feel, there is little indication that it was once an American military facility comprising the former Johnson Airport.

After the land was returned to Japan, it was made into a park. It was designated a prefectural park in 2002. The park has a museum and a cafe on the grounds. There is a little playground for smaller children, and a barbecue area with different packages available. Furthermore, they have a day glamping service known as Hyde Park, named after the residential area of the former military base.

The park is lush all year round, but during cherry blossom season it is effervescent with its 300 mature yoshino cherry blossom trees. Moreover, as the park has many different varieties of cherry blossoms you can enjoy hanami (flower viewing) in the park for about a month from mid March to mid April. During that period they have a two day cherry blossom festival, which generally falls on the first weekend of April.

I recently received a comment on a post on my personal blog about the park from a former resident of the park. The reader had lived there in the early 1970s. I wonder how many other former residents have returned to Japan to visit the former base. No doubt it looks very different now than it did then. However, in nearby Iruma City you can get an idea of how the residential area of the base used to look at "Johnson Town". Johnson Town is an area that has kept the American houses from the period. Several of them have been renovated into shops or eateries for the public to enjoy.

The park is beside the Inariyama kouen station on the Seibu Ikebukuro Line or you can get a bus from the west exit of the Seibu Shinjuku Line Sayama City Station to Inariyama koen. 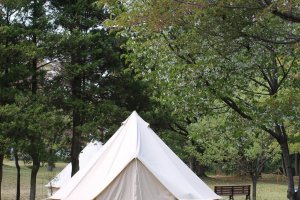 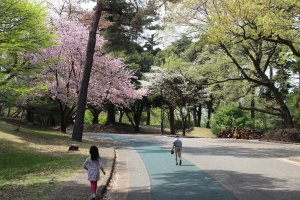 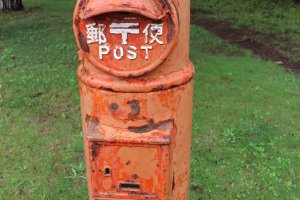 Sherilyn Siy 3 weeks ago
Johnson Town is in my list of places to check out!
Reply Show all 3 replies

Lynda Hogan Author 3 weeks ago
I hope you get the chance. :-)
Reply

Elizabeth S 3 weeks ago
Me, too. I'm deeply curious about the preserved buildings there. A lot of former military bases had solid and distinctive buildings but they've been lost.
Reply