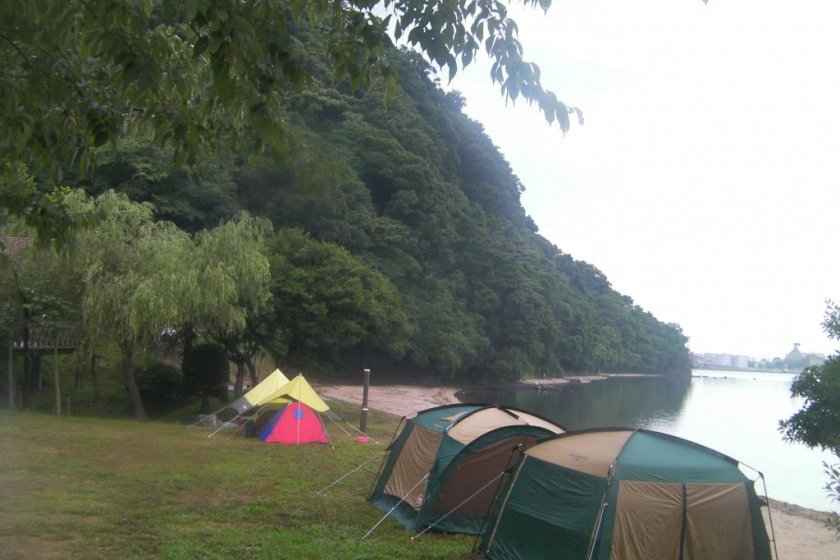 Toukami Yamanagisa Park Campsite is the perfect place to stay if you are on a budget and plan to travel to western Tottori or eastern Shimane. My plan was to cover as much ground as I could on this trip but my main goal was to see as much as I could of Yonago City which is on the east side of Tottori Prefecture. I searched for free campsites around Yonago but the closest I could come up with was located in Yasugi City, Shimane Prefecture.

In true nomadic style I decided to head up by van along National Route 2 then change over to Prefectural Route 180. Route 180 takes you directly to Yonago but you pass impressive forest covered mountainous countryside. This is capped off by the view you get of the perpetually cloud covered Mt. Daisen as you roll into Yonago.

After a day of sightseeing in Yonago with the family we loaded up in the van, got on Route 9 and headed to the camp. I had only seen pictures on the internet and I had never been to Yasugi so I didn’t know what to expect. We had our camping gear but I just hoped there was a place to set up.

It was actually really easy to get to although I did look at my GPS. The camp is located on the shore of the Shimane side of Lake Naka Umi in an area full of shrines and temples. I was happy to pull into what I thought was the camp parking lot. After parking I took an expeditionary hike to find the campsite after looking at the colorful map at the base of the mountain. I found the camp twenty minutes later only to realize that there was a direct entrance for cars. I ran back down the mountain and told everyone that there was another way in.

The campsite was truly free as there was no charge or check-in procedure. The narrow alcove was situated on a grass covered area adjacent to a lakeside beach where four geese were permanent residents. The site got pretty full but it was still comfortable. Our fellow campers were polite and friendly. They were mostly Shimane locals having summer fun.

We were having some snacks outside our tent when we heard the unmistakable sound of fireworks! We just happened to be at the camp the night that they were setting off fireworks over the lake. Serendipity struck again.

You can easily make this journey by public transportation if you are a backpacker. Yasugi Station is walking distance to the camp and there are stores nearby if you need supplies. The station serves JR West and the Sanin lines so there is easy access to the campsite and the surrounding area. 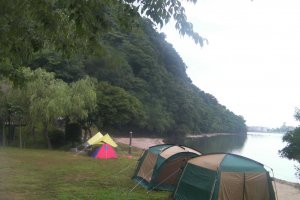 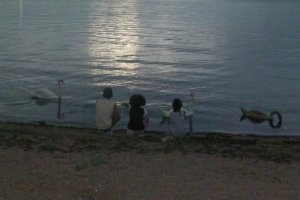 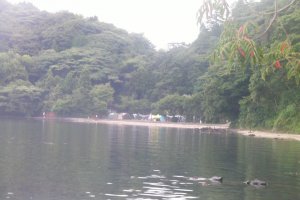 Adam Hacker 7 years ago
I was one of those "Shimane Locals" that would frequent this spot! Thanks for sharing, Kenji. –Adam
Reply Show all 0 replies
1 comment in total