Enjoy the Buddhist art and calligraphy at this temple

On a trip to Hamamatsu one time, I asked at the tourist office about places to visit, and was told about Ryoun-ji, a Buddhist temple a bus ride in the suburbs. I'd never heard of it or read about it, but I really enjoyed visiting, and it definitely rewarded the effort of getting there.

Entering through the main gate, the first thing you see is the contemplative garden, with rocks artfully arranged in the neatly raked gravel. The three largest stones represent the Buddhist Triad (Buddha and two Bodhisattvas, disciples who have achieved enlightenment but not yet entered Nirvana). These are surrounded by stones representing ten other disciples, and a turtle and dragon watching over the Buddha. It's good to stop here and take a minute or two to just look around, to calm your mind before going inside.

Yes, this is a temple where you can go inside and look around the halls. The main draw here is a thousand-year-old seated statue of Amida Nyorai, the Buddha of Limitless Light. It's amazingly well preserved, especially since it survived a fire that consumed the buildings that were here before the present temple was built.

Walk through the rear of the main hall and you come to another garden, with a waterfall cascading gently down an arrangement of rocks. the water forming into a pond that forms a stream connecting this garden to the front. There are benches here where you can rest and ease your mind by watching the carp glide serenely around the pond.

The next thing was for me the most interesting, but wasn't mentioned in the bilingual leaflet I got at the tourist office. In a dimly lit corridor there are sixteen paintings, maybe two or three hundred years old, describing in sequence the journey of a dead spirit through limbo, to either hell or heaven, including depictions of the constant judgment by demons and deities. The paintings are exquisitely detailed and very atmospheric, and there's a detailed English explanation for each one, with some sometimes alarming explanations about just what happens in the Buddhist afterlife.

In the final rooms you'll find large works of calligraphy by Shoko Kanazawa, a disability rights activist born with Down Syndrome, who's also one of Japan's most acclaimed contemporary calligraphers. The stand-out here is a Hannya Shingo (Sutra of the Heart of Perfect Wisdom), the world's largest, fully four meters high by sixteen long. I took a few minutes to sit here quietly on the soft tatami floor, and let my gaze wander over the text, which had a soothing effect even though my knowledge of kanji is close to zero.

I spent a very relaxing, peaceful hour here, also taking in the view over the neighbouring lake from a hill at the rear of the temple. I had the place pretty much to myself for that hour, and there's no admission fee! If you'd like an escape from the downtown bustle then I really do recommend a visit here.

If you're not driving, you'll need to take bus 20 from stand number 5 at the Hamamatsu station bus terminal. The journey takes about 16 minutes: get off at the Yatazaka stop, go up the hill, and turn left at the first intersection, about a three-minute walk. 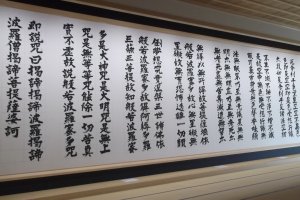 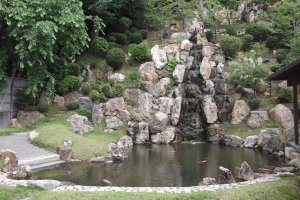 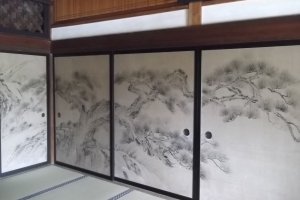 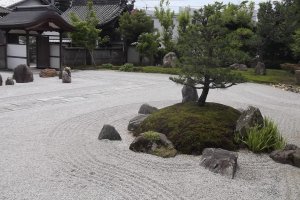 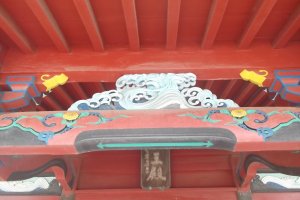 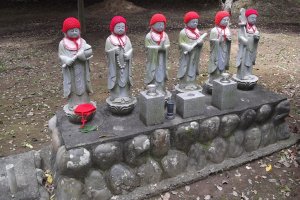 Yoshimi Dan 6 months ago
A surprise visit to this beautiful area!
Reply Show all 0 replies

Elizabeth S 6 months ago
Shoko Kanazawa is powerful! I met her at Kamakura some years ago when she had an exhibition. She does calligraphy demonstrations with giant brushes, too.
Reply Show all 0 replies

Lynda Hogan 6 months ago
Thanks for sharing, looks like a nice place to visit when in the area.
Reply Show all 0 replies

Elena Lisina 6 months ago
I like the rear garden a lot.
Reply Show all 0 replies
5 comments in total