One time I just wanted to go away and relax, and I set about finding somewhere I could indulge and take it easy. Up popped Kur and Hotel Suruga, also known as Kenko-Land, and it looked like just the place: an onsen and spa hotel, close to the city but not in it, so I duly booked two nights.

When I arrived, it was pretty busy, for a couple of reasons. First, it was Golden Week, so a lot of people were free. Second, what I hadn't realised was that it was also a day spa, so the onsen bathrooms are open not only to staying guests, but to anyone who wants to enjoy them.

My single room was pretty pokey, in the usual style of a business hotel, but perfectly comfortable. Ready to sit and steam, I went straight to the onsen bathroom, to see what it had. In fact, a better question might be, what didn't it have?

Three saunas, hot, hotter, and lying down, and two steamrooms; a cold room, where you're blasted with icy air, and a cold bath, full of icy water (I assume; I didn't try); a fourteen-meter pool, which most customers were using just to walk in, though I enjoyed a swim, and the waterfall shower at one end; various onsen baths, among them a radium bath, a white one and a yellowy one, presumably full of therapeutic chemicals and minerals; an outdoor area overlooking the sea, with a row of individual tubs and a communal bath; and individual jacuzzi baths, in which you just lie back and enjoy being massaged by jets of water. (This is the mens' bathroom; I expect the womens' is similarly well equipped.)

I visited a few times, and found the afternoon to be the busiest time, early morning and late evening quieter. It's well attended, with the mats and towels being changed regularly; and in one of the sauna rooms, a staff member will occasionally come in and fan all the customers, which made me feel like a sweaty Roman emperor.

As a destination hotel, they also provide everything needed to enjoy a stay without having to leave the premises. There are massage rooms, a range of restaurants, a manga library, a TV room, massage chairs, smoking rooms, a games room with pachinko, slot machines, air hockey and taiko games, and of course vending machines for snacks, soft drinks and alcohol. Then before you leave, pay a call at the well-stocked gift shop.

Of course you don't have to just stay in the hotel; it's not far on the train to central Shizuoka city, and there are interesting sights and scenery nearby, such as the scenic Satta Toge Pass, and historical Seiken-ji temple.

They have a choice of different room types and sizes; the hotel website has prices starting at ¥6700 for a standard single room, going up to ¥20000 for a deluxe double, or ¥32550 for a large Japanese-style room which it says can hold up to seven people, though I imagine that would be a bit of a squeeze if they're all adults. There's a breakfast buffet for ¥1100, which helpfully is open until 12:00pm, but there's a time limit of one hour so you can't come back for an early lunch. (How did they know?)

I had a nice surprise when I checked out; because I'd opted not to have my room made up for the two nights I was there, I was given a ¥300 credit to use at the vending machines in reception! That got me a couple of drinks for the long train ride home.

The hotel is about ten or fifteen minutes' walk from Okitsu station, on the JR Tokaido line. There's a free shuttle bus between the hotel and Shimizu station, which stops at Okitsu station in between. The shuttle (which uses the name Kenko-Land rather than Kur) leaves on the half hour from the hotel, then on the hour from the bus rotary on the south side of Shimizu station. 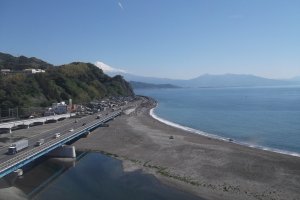 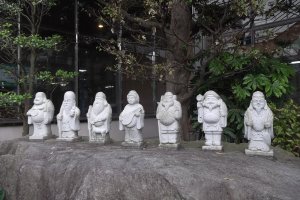 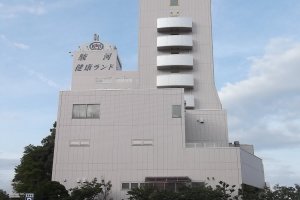 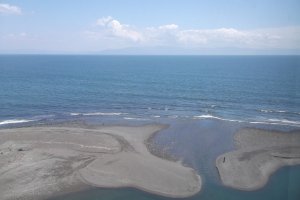 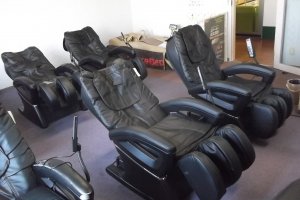 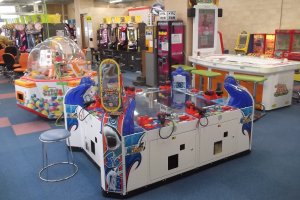 Elizabeth S 3 months ago
That’s a reasonable price for a hotel stay, never mind a spa hotel. It looks like the rooms would be good for budget-conscious young people and families.
Reply Show all 4 replies

Peter Sidell Author 3 months ago
I actually got a lower price through a booking website I use rather than reserving direct with the hotel!
Reply

Sleiman Azizi 3 months ago
Yeah, that is pretty reasonable.
Reply

Sleiman Azizi 3 months ago
Is the hotel one of the bubble period constructions? They often have pretty good deals.
Reply

Peter Sidell Author 3 months ago
I didn't check, but I imagine it is.
Reply
5 comments in total