Walking in Ito I came across some nice sculptures of the Shichi-Fuku-Jin, deities whose images are often pictured sailing in one boat. They are particularly popular before the New Year when people offer their well wishes for the coming year. I wanted to learn who is who amongst those seven.

Fukurokuju is pictured as old man with a large head and a beard, often accompanied by a crane. He originated from China and can create a lot of miracles. The component parts of his name refer to happiness (fuku), reward for hard work (roku) and longevity (ju). His scroll carries the wisdom of the world while his fan attracts good luck and drives away evil.

Daikokuten comes from India and is pictured as a good-hearted man of large girth sitting on two sacks of rice. He can also be recognised by a hood and a bag of treasure representing wisdom and patience. In his right hand is a mallet and each hit of it fulfills a wish.

Ebisu is of Japanese origin and is one of the most loved of the Seven. He is the god of trade, homes and rice fields. Being a protector of fishermen, he holds a large fish and brings good luck in fishing.

Hotei in Japanese mean ‘a bag’ and from his bag Hotei gives anybody that which they need. Hotei has a large belly as the Japanese believe that the belly is the location of the life energy.

Jurojin is an old man with a scroll containing the secrets of a long and happy life. This god brings longevity and comes with its symbols - a turtle, a deer or a crane.

Bishamonten is the guardian of the North wearing armour, a sword or a trident. He’s also the guardian of Buddhist temples, the god of war and the patron of the martial arts.

Benten is the goddess of the arts - music, poetry, painting and literature as well as the patron of water.

An interesting fact is that Japanese nesting doll Shichi-Fuku-Jin was the prototype for the Russian nesting doll Matryoshka back in the beginning of the 20th century. 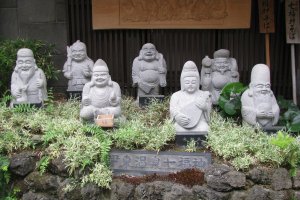 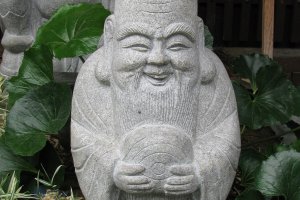 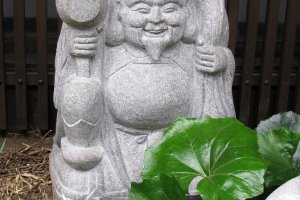 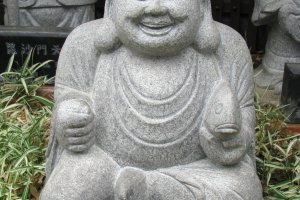 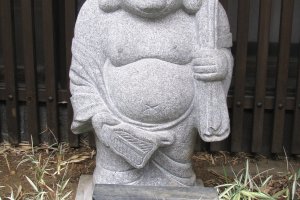 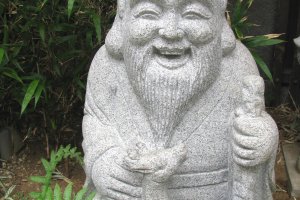 Sleiman Azizi a year ago
It looks as Bishamonten is trying not to smile!
Reply Show all 1 replies

Elena Lisina Author a year ago
He's the only one 'serious' in this company! :D
Reply

Kim B a year ago
We have a temple in our town called Bishamondo, dedicated to Bishamonten!
Reply Show all 1 replies

Elena Lisina Author a year ago
Maybe because Bishamonten is the guardian of the North?
Reply
4 comments in total