Japanese history is full of important figures derived from noble samurai lineage and in some cases many are rumoured to have descended from the gods themselves. Despite this not all of those who have shaped this country’s past have come from the Land of the Rising sun.

William Adams, a British pilot major of a Dutch fleet made landfall off the coast of present day Kyushu in the year 1600. The first man of Britain to step foot in Japan he was greeted by the Portuguese and immediately faced threat of execution on the grounds he piloted a pirate vessel. Japan at the time was in a state of turmoil. War plagued the country and many battled for the title of Shogun. One powerful Daimyo (feudal lord) at the time was Tokugawa Ieyasu. He soon met with Adams in Osaka after his landing and questioned his entry to the country. After three meetings and heavy questioning, Tokugawa Ieyasu saw great potential in Adams’ shipbuilding and nautical knowledge and to the dismay of the Portuguese soon gained his favour.

William Adams eventually became advisor to the Shogun and this is where his history in Ito begins. One thing that initially attracted Tokugawa Ieyasu was Adam’s promise of a Japanese fleet. Having been an apprentice in a shipyard in Gillingham, Kent for 12 years and serving in the Royal Navy again the Spanish Armada, his knowledge was unrivalled in the whole of Japan. This knowledge also later helped him gain the name of Miura Anjin (pilot of Anjin) from the Japanese. In the year 1604, the beginning of Edo Period, Tokugawa ordered Adams and his fellow companion to build Japan’s first Western-style ships. The first vessel was constructed in the Harbour of Ito and upon completion was employed solely to survey the coast of Japan. A 120-ton vessel later replaced this first ship and even made its way to Mexico 1610 where the Spanish named it San Buena Ventura.

William Adams is still revered to this day in Japan and his life is celebrated in many parts of the country. In Ito there are many memorials that pay homage to his achievements. I walked the Matsukawa River from Hotel Ravie Kawaryo until I reached the harbour and in this time I saw four monuments. Looking over the modern port I tried to imagine what the city looked like over 400 years ago and what it must have been for the locals to bare witness to the creation of such a large ship.

Shogun by James Clavell is easily my favourite book and having the opportunity to visit a place that William Adams once dwelled really was an incredible feeling I’ll treasure for a long time. 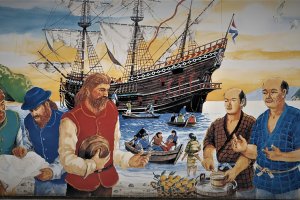 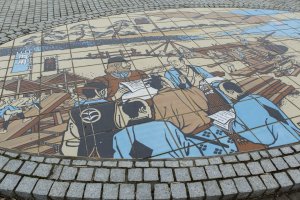 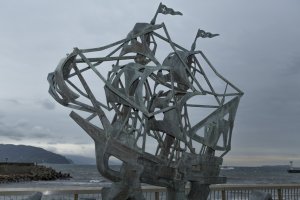 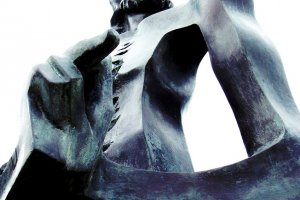 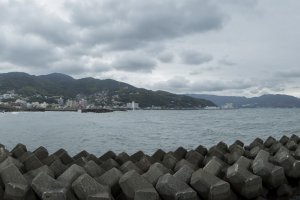 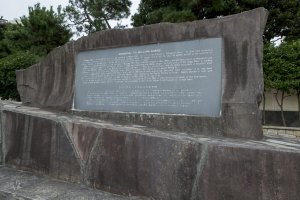 Bonson Lam 10 months ago
Coming face to face with the legacy of William Adams, the near mythical captain who became the hero of James Clavell's novel Shogun is a life changing moment.
Reply Show all 0 replies
1 comment in total