If you're in Shizuoka and you want to travel quickly and cheaply around the eastern districts of the city, then there's no more convenient way than the Shizutetsu train line. It was founded way back in 1906 to connect the city centre to Shimizu port, mainly to enable exporters to transport the green tea for which the area is famous. These days, trains leave from Shin-Shizuoka station inside the Cenova shopping centre and trundle gently out through the suburbs, arriving at Shin-Shimizu station eleven kilometers and 21 minutes later.

Including the two terminals, there are fifteen stations on the line, many of them with interesting sights nearby. Just a couple of stops from Shin-Shizuoka is Otowacho station, where you can get off and walk around Kiyomizuyama Park, home to austere Kiyomizudera temple and start of the Yatsuyama hiking trail, which has plenty of attractive views and scenery.

A few stops further out, the mighty mouthful of Kenritsu-Bijutsukan-mae station translates as "in-front-of-the-prefectural-art-museum station", but it's actually about fifteen minutes' walk to the museum. It's also possible to walk to the museum from neighbouring Kusanagi, a solidly suburban place where you'll find Ryokan Hatoya, a very affordable Japanese guesthouse. On the walk to the museum you can stop off at cute Buddhist temple Reisenji or atmospheric forest shrine Kusanagi-jinja.

Immediately to the south of the museum is the scenic area called Nihondaira, where you'll find attractions such as Nihondaira Zoo, Shizuoka Performing Arts Park, and Kunozan, a mountain that's home to an impressive shrine and museum. I mention this because Shizutetsu also runs local buses and the cable-car up Kunozan; if my deciphering of the Japanese website is correct, there are seasonal passes available giving a substantial saving on the combined fares.

Trains run from 6:00am to midnight, and are very frequent, with trains leaving every five or six minutes during much of the day. (This may be just as well, because each train has only two cars, so they likely get fairly crowded.) The minimum fare is ¥120 and the maximum ¥300, with children between six and twelve years old traveling for half price. 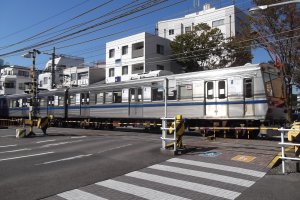 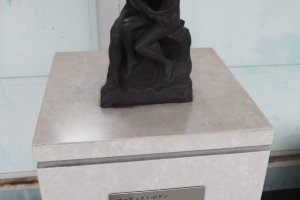 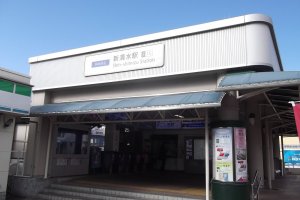 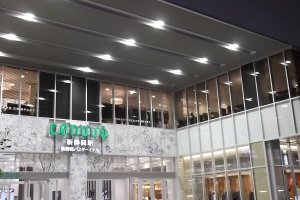 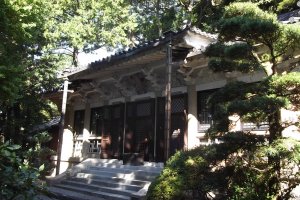 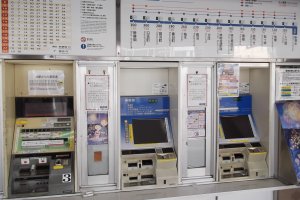