The largest Shinto shrine in Ashikaga

The largest Shinto shrine in Ashikaga – Orihime Shrine – was originally built in 1704 but burned down in 1880. In 1937 the shrine was relocated and rebuilt on Mount Orihime right next to Orihime Park. Both the mountain, the park, and the shrine are named after the Shinto diety Orihime, who plays an important role in the origin story of Tanabata: a festival celebrated each summer in Japan.

Orihime was the daughter of the Sky King, Tentei, and used to weave clothes for him by the heavenly river, the Milky Way, when one day she met a herdsman called Hikoboshi who worked at the other site of the waters. The two fell in love and got married, but after the wedding they both neglected their work, so Tentei separated them and forbade them to see each other – except on the 7th day of the 7th month, which is now the date of Tanabata.

The city of Ashikaga has a long history of weaving and therefore Orihime Shrine was built and dedicated to Orihime. Because of the tale about Orihime and Hikoboshi, the Orihime Shrine is also a place that celebrates marriage and thus it is considered a sacred place for lovers. For this reason, many couples pay the shrine a visit to pray for their relationship.

In order to get to the shrine grounds, you have to climb some hundred stairs accompanied by dozens of lanterns, but it is worth the effort since you not only have a fantastic view of Ashikaga City from the top; Orihime Shrine itself is also breathtaking as it greets your vision with its vermillion painted buildings. The lack of traffic noise makes it possible for you to enjoy the spiritual atmosphere that characterizes this holy place, and if you visit the shrine in the late evening you will even get to see it stand out in the dark when the buildings are lit up.

The foot of Mount Orihime is about 2 kilometers from Ashikaga station. On your way you may pass buy Ashikaga Gakko and Bannaji Temple.

I have a Bachelor degree in Japanese Studies, and every year I go to Japan by my self to experience new parts of the country. I am the owner of Denmark's largest Japan themed homepage Japanoholic, where I write about Japanese culture, history and local attractions. 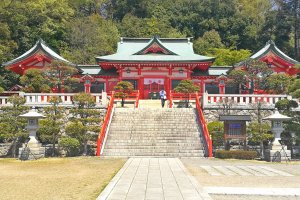 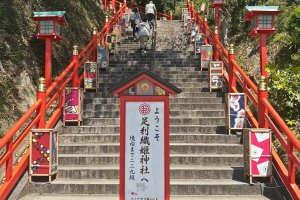 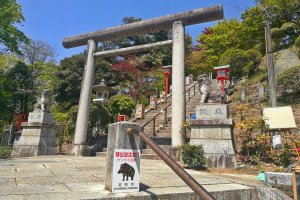 Sleiman Azizi 2 years ago
THAT, good people, is one beauty of a grand shrine... I'd love to experience the evening view of it.
Reply Show all 0 replies

The story of the festival comes from China and was brought to Japan in the Heian Period. Shinto has naturally adopted many traditions.

Elena Lisina 2 years ago
Grand shrine! I wish I knew about it before, when I visited Ashikaga Flower park!
Reply Show all 0 replies