Watarase-yusuichi (Retarding Basin) is a Ramsar-designated wetland that presents the visitor with a few seeming contradictions. First, it is remarkable for its natural beauty even though it is largely a product of human ingenuity that dates back more than a century. Second, it nurtures and protects wildlife, which you can observe as you explore the park, as well as human life, which is less visible but no less important.

The Heart of the Park

As a retarding (or detention) basin, Watarase-yusuichi has the primary function of holding water, like a shallow dam. What it lacks in depth, it makes up in surface area—its lake, open expanses, and reed marshes extending over the four prefectures of Tochigi, Ibaraki, Gunma, and Saitama.

You can enjoy a full day of adventure exploring the perimeter of the park’s vast heart-shaped Yanaka Lake and the endless corridors through the towering reeds of the largest reed marsh outside Hokkaido. You will find here a treasure trove of rare plants and flowers as well as a surprising variety of seasonal birds. With everything from great birds of prey, such as the eastern marsh harrier, to elegant swallows and playful migratory ducks, the area teems with life year-round, even when human visitors are absent.

Given the vastness of the park, you might feel far from civilization here, but in fact, you can reach Watarase-yusuichi in just over an hour from central Tokyo by the Tobu Nikko Line or the JR Tohoku Main Line.

The Central Entrance to the park is the most convenient, being close to the Kazo Watarase Michi-no-Eki (roadside rest area), where you can rent bicycles. Road bikes and mountain bikes are available for the day at the Sankenkyo Shop Saigunto, which also sells local produce, drinks, and snacks that are perfect fuel for a day out.

Before you wander too far, though, check out another of the area’s claims to fame. A short distance from the roadside rest area is one of the few places in Japan where you can easily visit a prefectural tripoint (a place where three borders meet)—in this case, Saitama, Tochigi, and Gunma Prefectures. This is a rare opportunity since most prefectural tripoints are on a mountaintop or in a river.

Heading into the park of Watarase-yusuichi, you are instantly greeted by the great expanse of Yanaka Lake—a lake in name but a flatland dam in function. Yanaka Lake is a reservoir, providing not just flood control but also water to the Tokyo metropolitan district.

The heart-shaped lake has become something of a novelty as well as a common date spot for couples, but behind the heart-shaped symbol is the story of Watarase-yusuichi.

Yanaka Village and the surrounding area had long suffered from repeated flood damage every year due to the overflow from the Watarase, Omoi, and Uzuma Rivers. In addition, starting in 1881, the Ashio Copper Mine, located upstream of the Watarase River, began to dig out new veins and tunnels, due to rapidly escalating demands for copper production in Japan’s industrialization. As a result, the mountain where the mine was located became barren due to exhaust fumes, and during the rapid displacement of water during floods, large amounts of sediment containing slag, and other mining waste products were carried down to the rivers. In time, the polluted water flowed into the middle and lower reaches of the Watarase River, causing damage to crops in Yanaka Village. In particular, the damage inflicted by the great flood of August 1890 triggered a widespread protest movement against mining pollution, which became known as the Ashio Copper Mine Mining Poisoning Case.

As a solution to the damage caused by the mining pollution and flood damage, the Mining Poisoning Investigation Committee proposed to the government the idea of turning Yanaka Village into a water reservoir (retarding basin), and thus the current Watarase-yusuichi was created. Tanaka Shozo, a member of the Japanese House of Representatives fought with the villagers to protect the village and is still a locally famous figure today, and his statue stands near Kazo Watarase Michi-no-Eki.

The copper mine is now long gone, and the environmental damage was repaired over time. The shape of Yanaka Lake was originally planned to be made considerably larger and rounder than it is now. But this would have meant submerging the site of Yanaka Village, which was vehemently opposed by the local people. So the site was preserved to remind us of the sanctity of human and animal habitats.

Now, this land provides a habitat for more than 1,000 species of plants, around 1,700 species of insects, about 260 species of birds, and a smattering of animals, including many that are endangered or protected. Nature buffs will want to hunt for rare endemic insects and wetland plants not often found outside this area. For everyone else, the park offers expansive views and an experience of the great outdoors within a stone’s throw of civilization.

You can also tour the ruins of Yanaka Village and learn all about marshland life in the premodern period. The dense reed marshes stretching far to the north and east now encroach on the remains of the village.

These reeds are burned off at the start of spring, a common practice to preserve Rasmar sites—and a mesmerizing sight to behold. Toward the end of March thousands of people gather at the levee, which is lined with sakura (cherry blossom) trees, in northeast Watarase-yusuichi to watch the two-meter-high reeds blaze away.

Of course, visitors to the park are strictly prohibited from entering the burn site.

To learn about the role of these reeds in the local culture, head to the nearby Japanese White Stork Cultural Exchange Center. In addition to information on the titular bird, which is classified as endangered and makes the marshes its breeding ground, the center has displays of the reeds being used in local crafts.

Also on display is an unusual reed boat, which is woven once a year and used to traverse Yanaka Lake.

To complete your trip, stop by the Nogi Town Brick Kiln, which is designated as an Important Cultural Property in Japan. It was built in the late nineteenth century by the Shimotsuke Brick Manufacturing Company, which was established in the south of Watarase-yusuichi after the area had been converted for flood control. The location of the company was no accident, because the clay and river sand found abundantly in Watarase-yusuichi is perfect for making red bricks.

For over eighty years the kiln produced a vast number of red bricks, extinguishing its furnaces for just a few times a year. It is no exaggeration to say that the lion’s share of red-brick buildings in the Kanto region owe their stately exteriors to this kiln. Given its active use, the kiln’s still-sturdy condition is truly remarkable, and of the Hoffman circular kilns remaining in Japan, it is the largest. The round shape of the kiln allows for bricks to be continuously processed in batches as the heat is simply redirected from the center to where it is needed on the circuit while other areas cool.

This important piece of industrial history is also part of Watarase-yusuichi’s story, one that has always been a conversation between humankind and nature.

That is just a glimpse of the expansive park and facilities of Watarase-yusuichi. For more details and to plan your trip, please visit the official site.

An English pamphlet is available on-site. 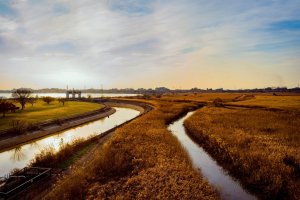 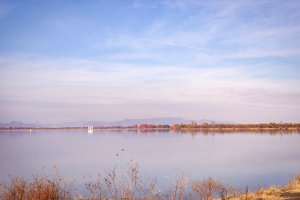 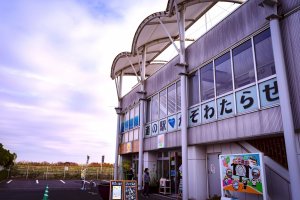 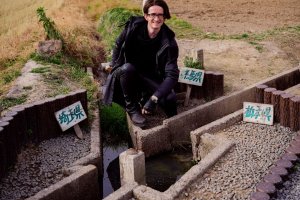 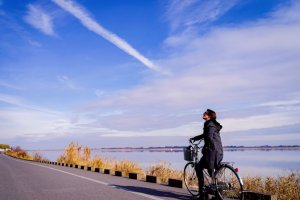 Benjamin Levis a year ago
I never understood how you can pollute the wildlife around you, so I took this topic for study.
Reply Show all 0 replies

Kim a year ago
Looks like an interesting destination!
Reply Show all 0 replies
2 comments in total