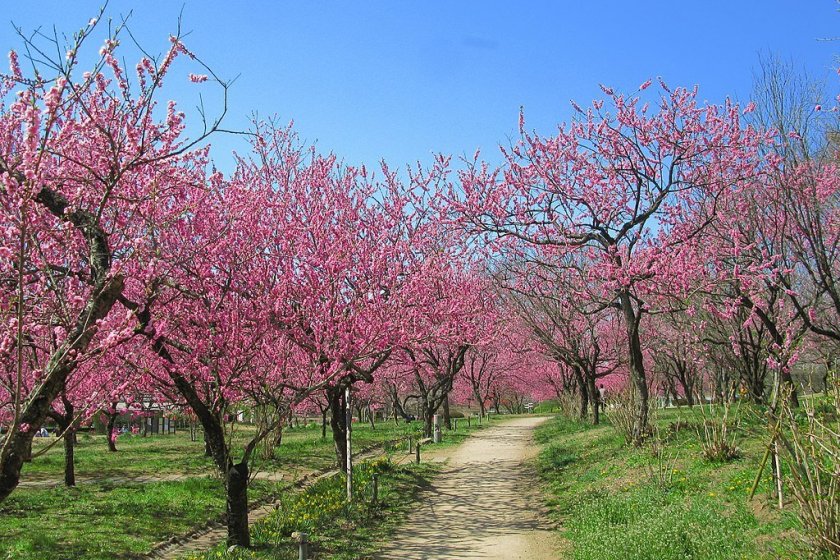 I highly recommend that you get out of the Tokyo conurbation to the edges for a glimpse of open spaces of great natural beauty. Something to bear in mind as you look for countryside getaways is that Japan is an old country, so much of its landscape has been shaped by human hands. Yet it is no less beautiful. An uncrowded spot not far from Tokyo to see the vestiges of Japan's tumultuous history on the natural landscape is Koga Kubo Park in Koga City, Ibaraki Prefecture. Today, it's a suburban park, but below the surface is an intimation of epic history.

The park site spanning about 25 hectares of hills, ponds, and forests is a 10-minute ride by bicycle from Koga Station. On my visit to Koga City, I borrowed bicycle from Yasumidokoro Sakacho, the community hub not far from Koga Station. It’s an easy route directly south that takes you past suburban homes and historic estates and temples.

Today the park is a peaceful place for people and dogs to stroll and children to ramble. But there are telltale signs that this spot was once the site of a mansion. The first hint is the title kubo in the park’s name. The kubo was the equivalent to shogun during the Muromachi period when two regimes, one in Kyoto and another in Kamakura, struggled to maintain power over an emerging country. The tenuous control was upended when Ashikaga Shigeuji, the Kanto Kubo, got revenge on his father’s killer, a Kamakura statesman, and retreated to Shimosa Province in what is now Koga City, Ibaraki Prefecture. His four successors tenuously held the position of Koga Kubo, local administrators, until the stronghold fell as the Warring States era began.

The last descendant, princess Ujinohime of the Ashikaga installed at the age of 16, presided over a castle that disappeared into obscurity. What remains of the gosho, or mansion in which she lived is the moats that have become natural ponds and the promontory on which the stronghold stood.

Local leaders restored the park in the 1970s including the orchards and ponds which were formerly parts of the mansion. To the east of the big pond is a peach orchard with five varieties which burst into bloom in March and April, celebrated in a festival since 1977. One of the ponds is a great location to appreciate the ancient Oga lotus which pushes up out of the mud in summer. In autumn, the park becomes a popular spot to take in spectacular gold and crimson leaves.

For Japanese architecture fans, a treat is the minkaen, a display of heritage farmhouses relocated to the park from neighboring areas.

Koga Kubo Park is a 25 minute walk south of Koga Station on the Utsunomiya Line. 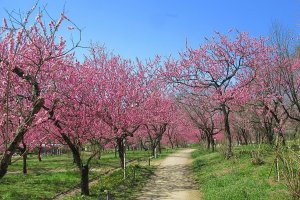 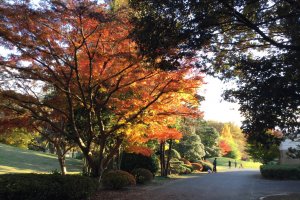 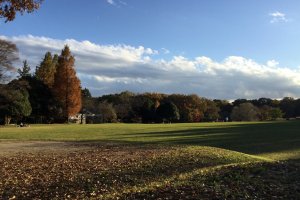 Sleiman Azizi a year ago
Don't be fooled, there's plenty of space out there!
Reply Show all 1 replies

Elizabeth S Author a year ago
Yes, so much space! To get there, I took the train which passes over the Tone River. You pass over the levees, wetlands, and through forests to get to Koga City.
Reply

Bonson Lam a year ago
The gardens are soothing and blissful, no wonder it inspired artists past and present.
Reply Show all 1 replies

Elizabeth S Author a year ago
It sure inspired a novel. Ashikaga Ujinohime figures in Fuuma, Miyamoto's novel based on the history there.
Reply

Elena Lisina a year ago
Really good place for a break on weekends.
Reply Show all 0 replies

Kim a year ago
The first photo is so beautifully colorful!
Reply Show all 0 replies
6 comments in total