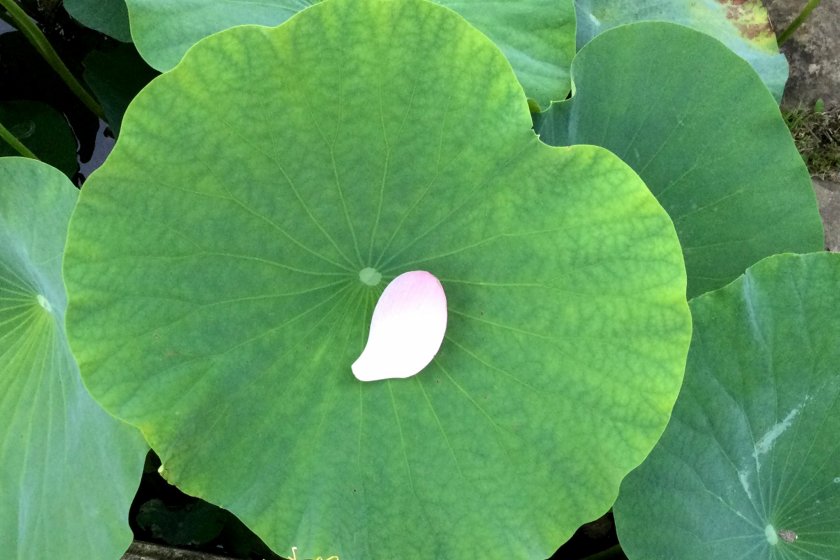 A natural living artifact and must see in Japan

A petal caught in a leaf

During Japan's states of emergency, I have consoled myself with flower-viewing in my own town. Because the region has a temperate climate, there are flowers to see year-round and summer. This summer, a local treasure, the Oga lotus, came to my attention. In a tiny pond within sight of the Edo River in Noda City, elegant lotus bloom in June and July. They’re not just beautiful. They're ancient and living artifacts with a fascinating story.

When Tokyo suffered wartime fuel shortages, the government looked to the lower reaches of the Hanamigawa in Chiba City for its abundant peat beds. The peat cutting continued after the war, and in 1947 an archaeological excavation started when a worker discovered a boat. Tokyo-based university archaeological teams excavated the site and found more boats and concluded the location was a dock used by the Jomon people, the ancient inhabitants of Japan. In those layers, not just human artifacts but natural ones were found - lotus seeds.

In the 1950s a botanist and lotus specialist, Dr. Oga, led a local citizens’ excavation project during which a schoolchild unearthed the first lotus seed. The dig was extended and two more seeds were discovered. Dr. Oga successfully grew a lotus from one of the seeds. The boats associated with the site were conclusively dated to the Yayoi era, about 2000 years ago and the Oga lotus was lauded as “the world’s oldest flower” in the international press.

The Oga lotus, designated a natural monument of Chiba Prefecture, is shared with cities all over Japan as a symbol of peace and friendship. Noda City's tiny Yuhigake Pond is only of interest to locals, but there are photogenic and historic spots to see the flowers on your travels around Japan.

The first chance for visitors to them is at Narita Airport. Hasu no Wafu Teien, the Japanese lotus garden is in front of Terminal 1. A great day-trip destination close to Tokyo is the castle town of Gyoda. Kodai Hasu no Sato a sprawling lotus garden has a local ancient lotus and the Ooga variety along with dozens of others.

Great cultural and historical destinations have them, too. The iconic Hirosaki Castle in Aomori Prefecture is famed for its cherry blossoms, but it also Oga lotus filling the moat. Zenkoji Temple in Nagano City, with its 1000-year history, is a fitting place for the Oga lotus that grows in the gardens. Korakuen, one of Japan’s three great gardens located in Okayama, also has a lotus pond graced by these flowers. 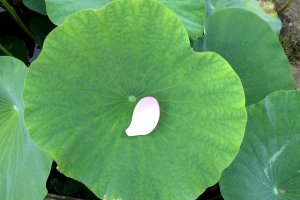 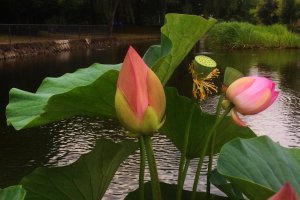 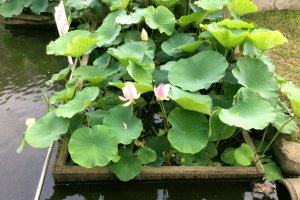 Kim 4 weeks ago
Such an interesting history! They really are elegant flowers aren't they?
Reply Show all 1 replies

Elizabeth S Author 4 weeks ago
At first glance, they just look like lovely lotuses. But when you know their story, they are yet more beautiful.
Reply

Sleiman Azizi 4 weeks ago
Great stories and legends associated with this plant.
Reply Show all 2 replies

Elizabeth S Author 4 weeks ago
Dr. Oga also researched ancient lotus in China. He was quite the lotus-nerd so there are more stories!
Reply

Elena Lisina 4 weeks ago
I saw blooming lotus only once, in Ueno park, and I was fascinated! 1000-years history is impressive!
Reply Show all 0 replies
6 comments in total