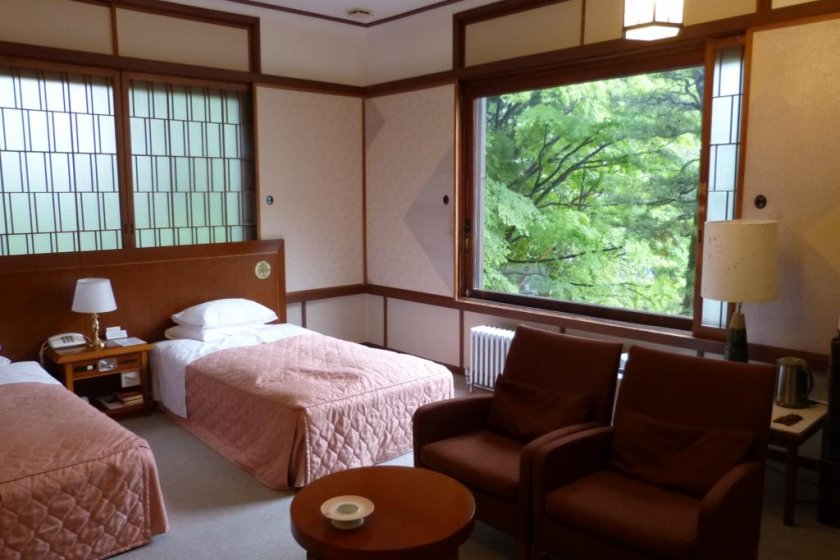 The rooms are spacious and comfortable.

Nikko is an attractive historical place and so is this hotel. The Kanaya Hotel and its 120-year history is one of a handful of famous, gorgeous, western style classic hotels in Japan. The hotel sits near the entrance to Nikko’s spectacular shrines and temples.

The history of Kanaya Hotel

This hotel started as an inn where the owner offered his house to foreign travelers who brought with them special letters of introduction. One day in 1871, a Japanese traditional musician of Tosho-gu Shrine, Kanaya Zenichiro gave Dr. J.C. Hepburn a night’s lodging. In those days there was no hotel in Nikko where foreigners could comfortably stay. Dr. Hepburn then recommended to Kanaya that he open an inn at his house. It was the birth of Kanaya Cottage Inn (or the so called “Kanaya Samurai House”). Dr. Hepburn was an American missionary, and a famous doctor in Yokohama. Many foreigners introduced by Dr. Hepburn visited Nikko and stayed in Kanaya Cottage Inn between 1873 and 1891, including famous British travel writer and cultural critic, Isabella Bird. In 1893 Kanaya built a new building in the place where the current Nikko Kanaya Hotel is standing. A British diplomat, Ernest Satow was a frequent guest of this hotel. American architect Frank Lloyd Wright stayed here in 1905, Albert Einstein stayed overnight in 1922, and Helen Keller in 1937. Many other famous people have left their names on the hotel’s register.

The hotel interior is basically western, but with dashes of Japanese flavor all around. The pillars of the main dining room are decorated with wooden flower carvings resembling the ones in Tosho-gu Shrine. The waiting room next to the main dining is a comfortable space with a mirror framed with a wooden shrine gate. You’ll find a red lamp on the staircase on the second floor of the main building. It looks like one you sometimes see in a temple. There are many other interesting decorations and ornaments in many places in the hotel.

There are several tables and chairs set out in the green grass of the back courtyard. A few stone statues there will tell you that this is Japan! Two promenades inside the hotel grounds are nice for a short walk. One is a climb up the hill (30 minutes) and the other goes down to the river (10 minutes). I recommend the latter. Nikko is humid throughout the year, and almost always foggy in the morning. If you get up early, please go on down to the riverbank. It is wonderful to see a white mist covering the river under the red Shinkyo Bridge.

In 1878 Isabella Bird landed at Yokohama Port, having an ambition to travel the less explored parts of Japan, which eventually culminated in her book, “Unbeaten tracks in Japan.” Actually, she was the first woman who traveled from Tokyo to Hokkaido, mainly using an overland route. She met people, collected information and prepared for her trip in Tokyo and Yokohama for about one month. During that time, she got to know Basil Hall Chamberlain, Dr. Hepburn, and Ernest Satow.

Before she started her adventure, she visited Asakusa with British Japanologist, Chamberlain. She wrote about the details of downtown Tokyo and said it was a great mixture of old and new in a very big city. Asakusa seemed to be an interesting place for a tough critic like her.

In mid June of 1878, she entered Nikko, and stayed at Kanaya Cottage Inn for 10 days. She brought a letter of introduction written by Dr. Hepburn. She really loved the house at first sight, and recorded a favorable impression of it. The house she stayed still exists, but the owner isn’t the Kanaya family anymore. The appearance of the house is exactly the same as when she stayed there so long ago, and so you might be able to find it accidently while strolling in Nikko. Bird drew an illustration of the Kanaya Samurai House for her book.

After her journey to Hokkaido, she left the country but came back to Japan and stayed in Nikko again in 1896. At this time, she married and became Mrs. Bishop. On August 1, she visited Ernest Satow in his newly built lodge in Chuzen-ji Lake. On August 5, Mrs. Bishop and Satow went to lunch at the summer cottage of the Belgian Minister. Mrs. Bishop, Satow, and the other guests had a tea at Satow’s place and then went out on Chuzen-ji Lake in a boat together. What an elegant summer holiday!

Nikko Kanaya Hotel commands the best location for access to Nikko’s World Heritage Site. You can enjoy every bit of Nikko’s charm with this hotel as your Nikko base. 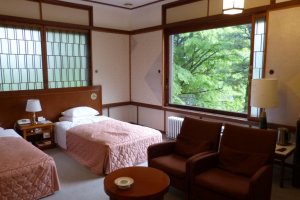 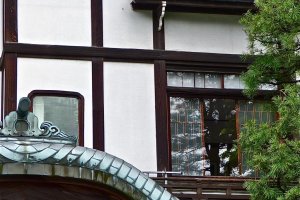 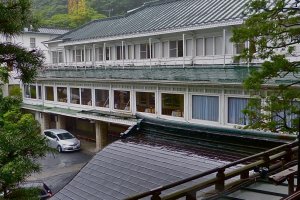 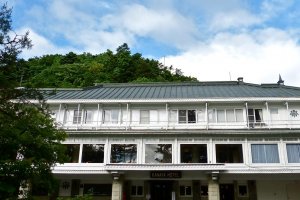 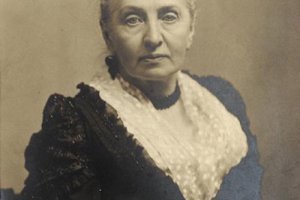 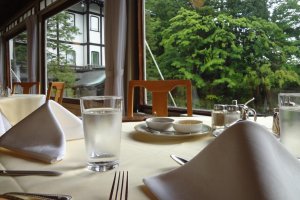 Tomoko Kamishima Author 9 years ago
Yes, Stacy. Years ago, the pool in summer became a skating rink in winter. Here is today's outside pool and one from the old days at Kanaya Hotel.
Reply Show all 0 replies

Stacy Kurokawa 9 years ago
I love this hotel too, for its rich history. Once on our way to go skiing in Fukushima, we got stuck in Nikko due to a snowstorm. We spent some time in Nikko and visited Kanaya Hotel. They seemed to have had, or still have an outdoor skating rink!
Reply Show all 0 replies
2 comments in total