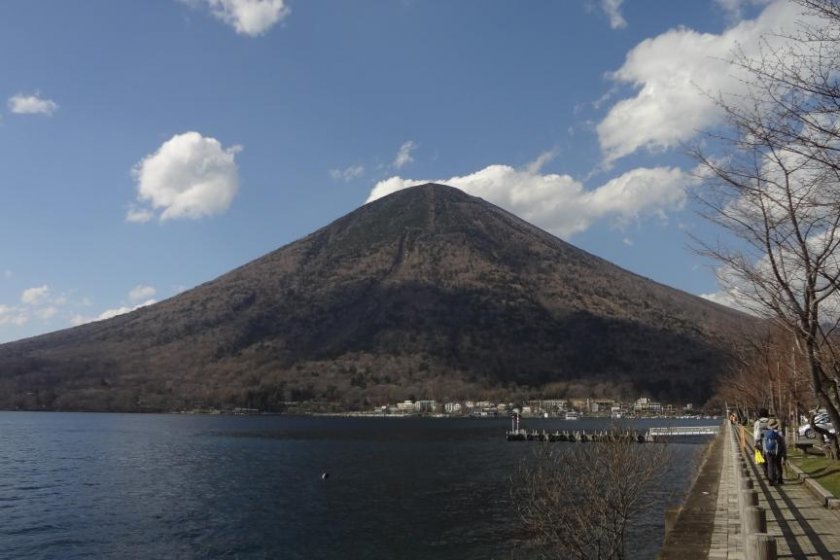 British diplomat Ernest M. Satow adored this Nikko lakeside district and, even more, built his own private lodge here. He visited the lodge more than 30 times and spent a total of 218 days at Chuzen-ji Lake during his stay in Japan.

Chuzen-ji Lake is a beautiful lake located at the southern base of Mt. Nantai. It was a dam-up lake created by eruptions of Mt. Nanatai 20,000 years ago. Senjo-ga-hara marshland is to the northwest, Kegon-no-taki Falls are to the northeast, and a slender peninsula, Haccho-dejima, is in the south part of the lake. It’s really beautiful when the surrounding mountain ranges and their seasonal colors are reflected on the calm surface of the lake.

There are a few ways to spend a pleasant time at the lakeside.

Pleasure boats operate throughout the year, but their courses differ depending on the season. A round trip tour of areas with beautiful fall leaves is the most gorgeous course in autumn. It takes about 60 minutes, and costs 1500 yen. A one-way trip between Chuzen-ji Lake and Senju-ga-hama is only available in early summer (from June 1 to July 31). The regular service is a round trip of the east half of the lake. You can also rent small rowboats or foot-pedal boats.

A hiking trail surrounds the lake. The north side of the trail runs parallel to the road, and so you can catch a bus anytime you want. The lakeshore running east to south has the longest natural trail. It takes about 5 hours to walk. You can enjoy viewing the lake and Mt. Nantai from various directions.

Sitting at the lakeside

Just sitting on the lakeshore is also enjoyable. You might see some fishermen wearing colorful jackets standing in the lake, orange canoes, or motorboats zooming around. There are several teahouses with great views of the lake.

Satow was born in London in 1843. When he was at college, he read a book about Japan written by Laurence Oliphant who was present in Japan at the signing of the Anglo-Japanese Treaty in 1858. Oliphant was attacked by Japanese exclusionists at Tozen-ji Temple in 1861 and had to return to the UK due to injury. Reading his book, Satow longed to visit Japan and applied for a position as a Japanese interpreter in the Ministry of Foreign Affairs. He arrived at Yokohama in 1862 and spent 25 years in Japan. Japan was still in confusion and so he experienced many difficulties. But he was able to establish good relationships with Japanese politicians using his fluent Japanese and deep insight into Japanese culture. As a result, he was highly evaluated by both the Japanese and British governments.

In his private life, he had a great relationship with William Willis (a medical officer in the British Consul) and Charles Wirgman (a painter and a reporter for Illustrated London News). Willis became Satow’s best friend. Satow often hung out with Wirgman, and Wirgman drew some comical pictures of Satow for his magazine, JAPAN PUNCH. I can easily imagine the pleasant time they had in Yokohama from the illustrations. Officially, Satow remained single for life, but he had a common-law wife and two sons. The second son studied in London and became a botanical scholar.

Satow built his lodge on the eastern shore of Chuzen-ji Lake. When he built the lodge, most of the foreigners stayed around the Nikko Tosho-gu area, not in upper Nikko (basically the Chuzen-ji Lake area). On May 30 in 1896, Satow and British architect Conder went to Chuzen-ji Lake together to decide on the location of the boathouse and the specs of the terrace for Satow’s lodge. In Satow’s diary, he wrote that it was a wonderful morning and he saw red, white, and fine pink azaleas blooming around the lodge. He must have been very excited about building such a nice lodge in his favorite place. After it was built, he often invited his friends there. Travel writer Isabella Bird came for tea and enjoyed a ride in his boat, exploring some places along the lakeshore.

Chuzen-ji Lake has a lot of beautiful faces, depending on the time of the day or season, the direction you are looking in, or how high or low the place you are standing is. I hope you catch a nice angle of this beautiful lake in Nikko. 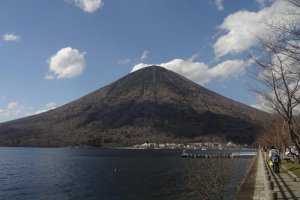 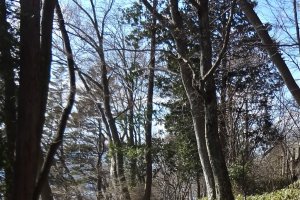 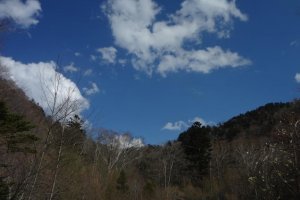 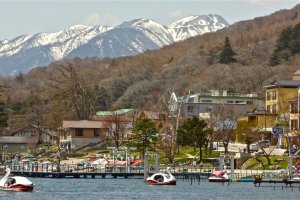 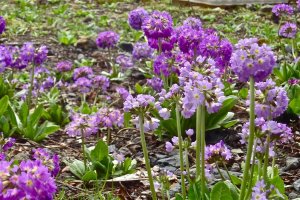 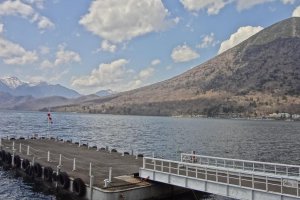 Mark Buckton 7 years ago
interesting piece but Satow actually applied for a position in China and did spend time there first. The MOFA was also a local mission as opposed to being part of the then Foreign Ministry..
His time spent in Japan was divided into 2 main periods (not counting leave) - first as an interpreter when, still as a low ranking official submitted his resignation as he felt he was not appreciated. He then came back later as the equivalent of head of mission, spending 27 years total in-country before moving on to China. He was never officially ambassador but it is said he introduced 'hot toddy(ies)' to the Meiji Emperor, and was a personal friend of Saiga Takamori. FWIW his local wife was Takeda Kane, his sons Eitaro and Hisayoshi.
There is a great book based on his diaries - A Diplomat in Japan, and many of his papers can still be seen in Yokohama.
Reply Show all 0 replies
1 comment in total