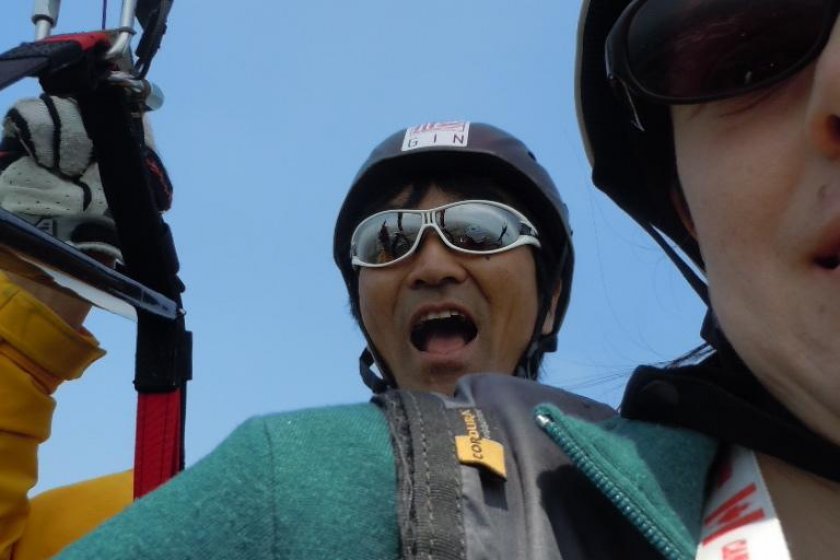 Colored canopies soar overhead. People flying freely like birds. This is Skypark Utsunomiya, where people go to paraglide. I reserved a tandem flight, with an instructor, for the last Saturday of March for myself and a friend, bilingual in English and Japanese (just to increase my chances of survival). We were to show up at 9am with non-slip work gloves or leather gloves, long comfortable pants that could get muddied or grass-stained, shoes with good grip like trekking shoes, and our insurance cards.

On the big day, the mountaintops were hidden in cloud. We signed waivers, handed over nearly ¥10,000, watched some paragliding DVDs and waited at Skypark’s log office for the sky to clear. Our spouses arrived around 11am with lunch. By noon, it started spitting rain. We took a raincheck and reserved a Saturday one month later.

One month later, at 8am, when my friend picked me up, the sky was white with cloud, and I was trying not to get my hopes up. By 10, we were selecting our helmets. The sky had cleared. I traded my windbreaker and fleece for a pair of sunglasses.

Three ladies and a guy had also signed up for that morning. We strapped on bulky but not too heavy harnesses and were told to walk up the grassy slope, similar to a ski slope, to the first flag. There, our instructor, Noriko Mizunuma, showed us how to attach the paraglider canopy to the harness, and how to hold and release the ropes. I understood about 5%. Each person, in turn, then had a chance to sprint down the hill, paraglider in tow, release the red riser cords, get a second or two of air time if lucky, then pull down on the “brake” cords attached to a handle. Nobody wanted to go down the slope too far as that meant hauling the paraglider up again.

To my great relief, Ms. Mizunoma instructed me in English. “Run!” “Stop!” “Again!” As soon as I felt the pull of the canopy, my instinct was to lift my legs. Ms. Mizunoma explained that paraglider needs speed; one must run pulling the weight of it. On my fourth try, I elevated about a meter above ground and covered several meters in the air. Wow.

The sky filled with gliders. We witnessed several landings including a tandem. We waited. Just before noon, we were summoned. I squeezed into the back of truck along with my friend, some other guys, harnesses and gigantic backpacks presumably containing paragliders. Several meters into a forest, at the top of the clear cut, we sat astride a mini-monorail. This handy machine, took us up the steep, treed mountainside.

Ten minutes later, we stood on the take-off platform. I was just having second thoughts about this whole jumping off a cliff plan when a professional, handsome, competent-looking instructor introduced himself to me in English. Another instructor adjusted my straps. I needed to be able to sit, once aloft, he explained. My flight partner got in position behind me. I couldn’t back out. We had about five meters to sprint with bent knees, leaning against the weight of the glider before there would be nothing underfoot. To raise legs too early or hesitate could result in getting tangled and mangled. On the count of three, I was ordered to bolt; bolt I did.

Seconds later, I lifted myself into a sitting position and looked around. We were aloft. We swooped up, back over the take-off platform and rugged mountain peak. Around us, other gliders, below, rice fields. I fumbled with my camera – it was too difficult to push the small buttons with gloves on or to see past the reflection on the camera screen. I put it away. The instructor let me “steer” right and left. We dropped down, went up, dropped down again and circled around and around. “Do you like jet-coasters?” he inquired. “Not at all,” I replied, admitting I was feeling woozy. I hadn’t anticipated that. Flight time was about 10 minutes. It was awesome. No instruction was given on landing. It was such a gentle touch down. All I could say was, “Wow.” 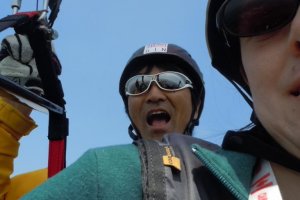 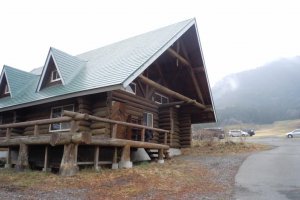 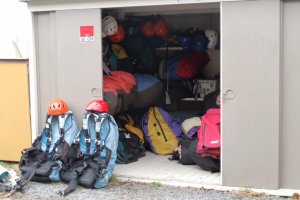 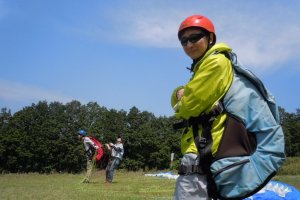 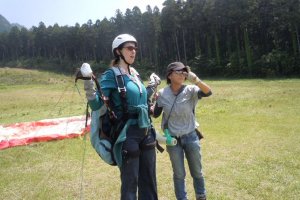 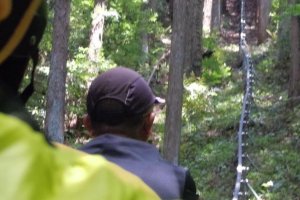 Stacy Kurokawa Author 8 years ago
How was your experience?
Reply Show all 0 replies

Selena Hoy 8 years ago
Wow, great! I just happen to have recently reserved a course at this very place next week! Thanks so much for writing it up - I am really looking forward to it.
Reply Show all 0 replies
2 comments in total