Not all festivals were created equal

Given the excellent lineup of international festivals held at Tokyo’s Yoyogi Park every summer, I was all geared up for the Caribbean and Latin American Street Festival that debuted in August of 2013. With visions of the usual over-the-top collection of food, performances, and fun that these festivals usually provide, I trekked through the brutal heat and humidity to the event space in the park.

At the entrance of the festival area, what was I greeted with? The sound of a steel drum band. Excellent. That's a good sign, and the festival is off to a fantastic start.

After listening for a few minutes and getting into the Latin mood, I made my way into the heart of the festival…only to come face-to-face with a Thai food stand selling bowls of green curry. Eh? Well, OK, maybe they wanted some variety. The next stand was not Thai, which was the good news. The bad news was, it was selling Korean chijimi. The one after that was flying a Russian flag.

Now, I was pretty good at geography when I was a student, and I felt pretty confident that Russia is not in the Caribbean. Which left only one conclusion: fearing heatstroke-induced hallucinations, I went back to the entrance of the festival area and double checked the sign. Sure enough, it said “Caribbean and Latin American Street Festival.” OK, at least I wasn’t losing my mind. If I go to the performance stage, where I heard some music coming from, surely there will be someone dancing the salsa. Nope. It was two Japanese girls singing J-pop.

Another area had tents set up selling crafts and clothes and other goods. Most of them sold brightly colored things, which looked kind of Caribbean, but didn’t seem to have any kind of connection to those countries. One stand was selling beach sandals. Another had some cool clothes…with Hindu symbols printed on them.

Finally, after a very confusing few minutes, I found a line of food vendors selling food from actual Latin countries. A whole strip of them. Unfortunately, there were several other strips of vendors selling food from just about anywhere else. And this sums up the Caribbean and Latin American Street Festival: either there are simply not enough shops in Tokyo to support this kind of theme, or the festival organizers weren’t able to find them, and reinforcements in the form of Indian naan makers and Indonesian women’s clothing had to be called in to fill out the festival space.

But does all that mean the festival was lousy? Certainly not. The Latin American food that was there was pretty good. The Mexican taco I ordered (which was served with a spoon by a crew of Japanese people who piled the ingredients so high on the soft tortilla that I was unable to fold it up and hold it the right way, making me doubt if they knew how tacos were supposed to be eaten) was pretty tasty. A bowl of chicken colombo – a kind of Latin American curry made from different spices – was unique and delicious. There were plenty of stands selling rum, tequila, and more rum. An actual Cuban man (who seemed to be the only person there whose Spanish was better than my own after a whopping 9 years of lackadaisical studying) busted some pretty sweet dance moves in front of his drink stand. And the rest? Well – it’s a summer festival. There’s good food, plenty to drink, and a hot summer sun. If the events weren’t thematic enough for you to still enjoy yourself, then you might need a few mojitos to help you relax reprioritize your life.

Entrance to the festival is free. It is held in Yoyogi Park around the permanent main stage set up near the NHK building. It is about a 5 minute walk from Harajuku Station (JR Yamanote Line) or Meijijingumae Station (Chiyoda Line), and a 10 minue walk from Yoyogi-hachiman Station (Odakyu Line). 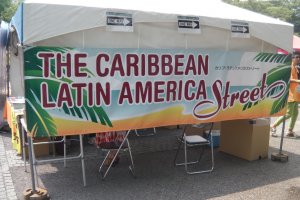 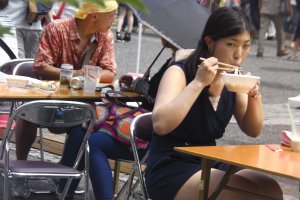 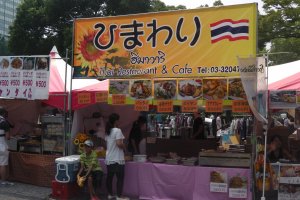 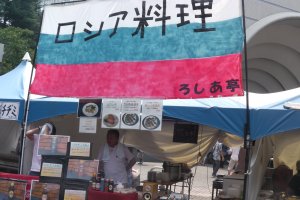 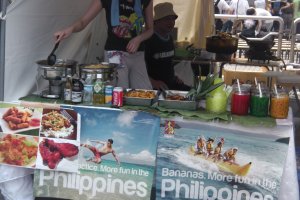 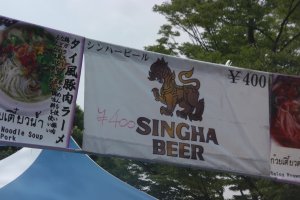