Sample cultures from across Europe at Yoyogi Park

Most international festivals at Yoyogi Park feature a single country, a single culture, and give us all we can handle in terms of food, drinks and entertainment. EuroFest takes a different approach, and gives visitors a little taste of a lot of different places.

Held in Yoyogi Park's event area, EuroFest takes place over a Saturday and Sunday in early August and brings a very nice variety of performers and events along with an impressive selection of food. Japan sometimes shoehorns European cuisine into a narrow oversimplification. Not so here. EuroFest seemed to me quite authentic, with a lot more to offer than just German beer and Italian pizza.

The food options brought a wealth of surprises. I was able to find some excellent Polish kielbasa (smoked sausage), paella, sauerkraut, and Bulgarian meatballs. The only disappointment I found was a place advertising Greek gyros, which turned out to be the same old Turkish kebab that you can find on many street corners in Tokyo.

The drink selection was equally as nice. There was some sangria from Spain and wine from Bulgaria. While of course the famous European beers were widely available, there was a nice row of beer vendors from all over Europe, from Wales to Italy.

The entertainment was just as varied as the food. I was able to see a performance by a Swiss alphorn group, a yodeler, and a Swedish folk dancing troupe. The weekend's lineup featured Irish dancers, Scottish bagpipers, Spanish flamenco dancers, French swing band, and belly dancers. Not enough? OK, how about the British rock tribute band, a French clown, and a jazz quartet?

There were also plenty of other smaller things to do and see. Tourism bureaus from Lithuania and France were distributing information, there was a place where you could try dressing up in a leprechaun mascot costume, and British car maker Lotus had some of their sports car models on display. Overall, there was plenty to do and see, and EuroFest was a very nice time.

Entrance to EuroFest is free. It is held in the event square near the permanent stage in Tokyo’s Yoyogi Park, near the NHK building. It is about a 5 minute walk from Harajuku Station (JR Yamanote Line) or Meijijingumae Station (Chiyoda Line), and a 10 minute walk from Yoyogi-hachiman Station (Odakyu Line). 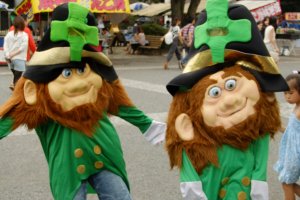 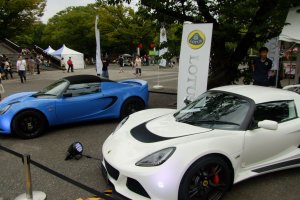 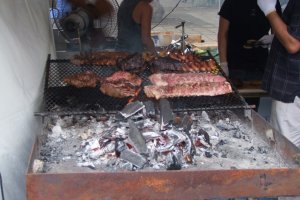 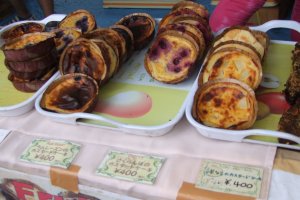 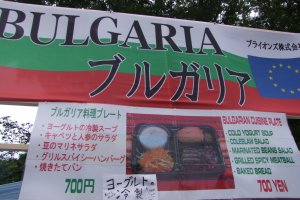 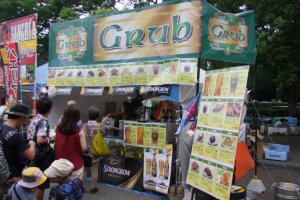