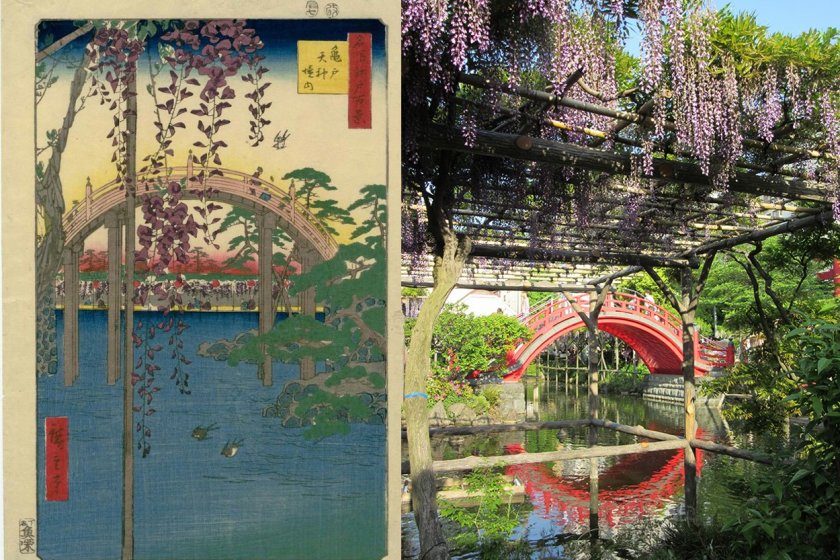 Fuji, or wisteria, begin blooming in late April until early May. A rather short time but it is the most beautiful blooming plant that I have ever seen! In Tokyo, Kameido Tenjin Shrine is known as probably the best place to view the blooming wisteria. The flowers here were planted during the Edo period and the legendary wisteria are the subject of many ukiyoe (colour prints) and other works of art. The blossoms are even more magical at night when they are illuminated after sunset.

I happen to like the famous picture of Kameido Tenjin by Hokusai - the arched 'drum bridge' and hanging wisteria, so I decided that I had to visit the place. I found it was very small in a modern city and quite popular. During the Fuji Festival, the shrine is visited by thousands of people. There are many food stalls with traditional festival treats like takoyaki and dango. A small pond is inhabited by koi and turtles. You can also see herons who seem to not pay any attention to the people visiting

Kameido Tenjin Shrine is one of the few places in Tokyo—and the most popular one—, where you can see great wisteria from late .. 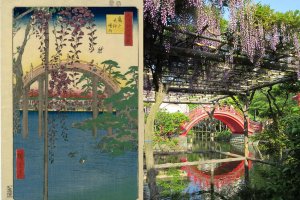 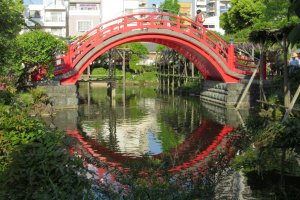 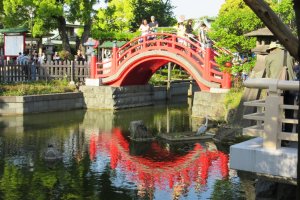 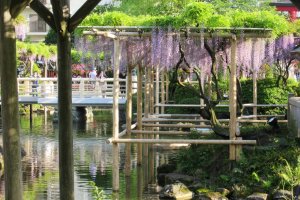 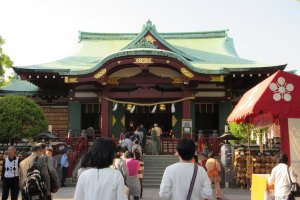 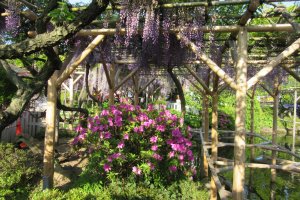