Great views of Tokyo from the "Big Ball"

Tokyo has no shortage of high-up places boasting scenic views of its vast cityscape. From the iconic Tokyo Skytree and Tokyo Tower to sites including the Tokyo Metropolitan Government Building in Shinjuku and the Sunshine Tower Observatory in Ikebukuro, Japan's capital has plenty of observation decks with excellent views. However, none of them are better able to take advantage of the most beautiful part of the city: the Odaiba waterfront. That's what sets the Fuji TV Building Observation Deck apart.

The building housing the Fuji Television network is located on Odaiba, the manmade island built off the mainland shore of Tokyo. Therefore, rather than standing inside the city and looking out, visitors to the observation deck there get the unique vantage point of being on the outside, and looking back at the metropolis. Not only do you get a prime view of the prettiest part of the city, but also the beautiful Rainbow Bridge and Tokyo Bay, which is always busy with boats and wind surfers. There are also a handful of other artificial islands in the area, as well.

Part of the fun of visiting this observation deck is the chance to check out the building itself. The Fuji TV building is perhaps the most distinctive-looking building on Odaiba, an enormous modern structure with a huge sphere set at the top. It's exactly that giant ball that the observation deck is set in. A special elevator leads directly up into the ball.

Inside the ball there are several floors with different features. On the main floor is the main observatory, with huge windows offering great, scenic views in all directions. On a lower floor, there are some fun interactive displays set up with mock television cameras aimed out at the bay and city, and allows viewers to play cameraman and control what gets seen on a big monitor. Another camera is set up to show the difference between today's view and the equivalent view from several hundred years ago.

Another treat is the chance to explore the actual set used for the network's news and talk shows. A brightly-colored display sure to cause an epileptic seizure in some, the set is iconic and easily identifiable for anyone who has surfed the TV channels in Tokyo. An autograph wall across from it shows the celebrities (both Japanese and international) who have visited the set. Note that the TV set is not available everyday, and its open schedule is a bit sporadic and subject to change.

The Fuji TV Building can be reached from Daiba Station (Yurikamome Line) plus a three-minute walk, or from Tokyo Teleport Station (Rinkai Line) plus a five-minute walk. There is a 550 yen cost for the observatory. It is closed on Mondays. 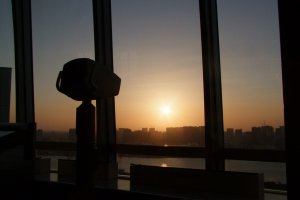 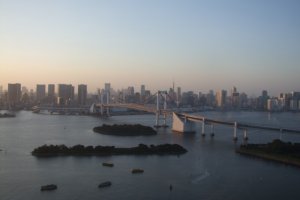 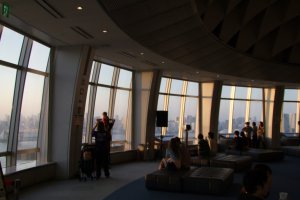 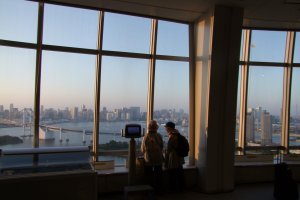 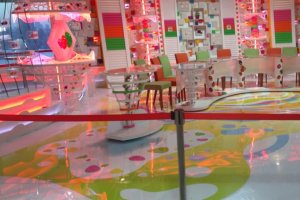 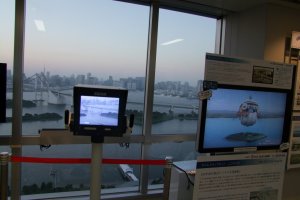 Corinna David 5 years ago
I didn't know about that observation deck. I will definitely go there next time.
Reply Show all 0 replies
1 comment in total