GAME ON at Miraikan, Odaiba

A Special Exhibition: "GAME ON: Why are videogames so interesting?" is a global touring exhibition celebrating the history and culture of video games, which has finally arrived in gaming's spiritual home of Japan for the first time.

Originally debuting at London's Barbican Centre back in 2002, after 17 countries and regions, 14 years and over 2 million visitors later on the circuit, "Game On" has finally arrived in Japan's Tokyo, which brought PlayStation, Pokemon, Super Mario and Sonic to the rest of the world, arguably popularising this form of mass entertainment.

Why are video games so interesting? Covering the journey of video games from their inception in the early sixties to the present day, visitors will be taken on a nostalgic tour of some of the most influential games in video game history – with over 120 different titles to try.

With the Tokyo chapter, the event space is divided into 9 zones which chronologically chart the history of the computer game's evolution. Try Space Invaders or Pong first-hand for yourself or opt for other retro classics, like Atari's 1979 Lunar Lander, or more 'modern-day' titles, like original coin-op versions of Virtua Fighter and Street Fighter II.

In terms of hardware, 1962's PDP-1 is on display, originally credited for launching the world's first game Spacewar! But a host of more familiar systems are also here to admire. While you should seize the chance to appreciate the old school, retro arcade coin-op machines, don't miss out on the modern influential titles that graced home consoles in the 1990s/2000s too. Consoles including the Super Famicom Box (Super Mario Kart), PlayStation (TEKKEN 3) and Dreamcast (Space Channel 5) are all waiting for you.

One exciting lure is the chance to try Sony's new PlayStation VR unit, well before its eventual release in October 2016. Queuing for a special 'Play' ticket will give you the chance to experience one of three interactive VR demos: a deep-sea adventure in the The Deep, an action-packed getaway sequence in The London Heist, or collaborative challenges in THE PLAYROOM VR.

You can also opt to choose to join an exclusive Minecraft experience, where up to 4 players can collaboratively explore a replica of the Miraikan building itself, completely and faithfully re-constructed within the Minecraft universe itself. It's true testament to the influence Minecraft has had, even in Japan, with wall panels highlighting its use in education as well as some large-scale ongoing projects using the platform (one of which is creating the entire Japan archipelago within the game itself).

What is the Miraikan?

Miraikan, or the National Museum of Emerging Science and Innovation, was created in 2001 by Japan’s Science and Technology Agency in Tokyo's Odaiba. It hosts a science exhibition year round, as well as several special exhibitions throughout the year, such as "Game On" (running until 30th of May 2016).

Miraikan is easily accessible by train, at just 5 minutes walk from both Fune-no-Kagakukan Station and Telecom Centre Station (Yurikamome line) or 15 minutes walk from Tokyo Teleport Station, covered by the Rinkai line. Toei and Keihin Express and 'km Flower' buses all serve the Miraikan area too, as well as a Limousine bus service to Narita and Haneda airports from the Odaiba area.

Find out more about Miraikan – The National Museum of Emerging Science & Innovation. 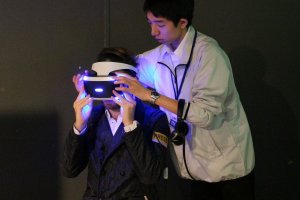 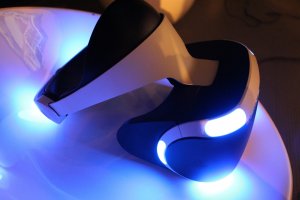 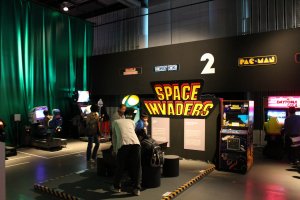 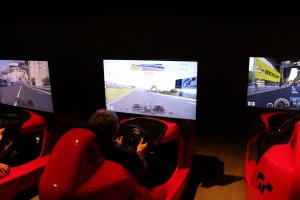 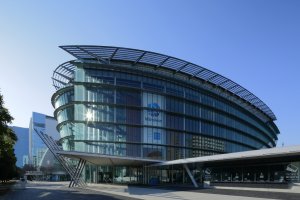