I went to an unusual location today to talk about the cyclists’ gateway to Shikoku - Shimanami Kaido. The place is one that’s a very familiar 70-year-old Tokyo landmark – Tokyo Tower.

There’s no real connection between the two, though Shimanami Kaido is mostly constructed of steel and concrete, same as the tower. And, while the tower is many times more famous to the general public, thanks, in part, to the countless times it’s been destroyed in battles waged by Godzilla, Ultraman, and various other superheroes, villains, kaiju, and other affectionate characters, Shimanami Kaido is possibly just as famous to cycling fans.

The main reason that it is famous to cyclists, but unapparent to many even seasoned Japan travel buffs, is that Shimanami Kaido has the longest bicycle path that traverses over sea. Crossing six small islands in the Sea of Japan, the route is between 70 or 80 kilometers depending on the roads you take on each of the islands. The one tied-arch and six suspension bridges that connect Onomichi City in Hiroshima via the six small Setouchi islands - Mukaishima, Inoshima, Ikuchijima, Omishima, Hakatajima, and Oshima - with Imabari City on Shikoku, are enormous structures, with deck heights of between 60 and 90 meters each.

The Shimanami Kaido, thus, is not only a cycling route from Hiroshima to Shikoku, but provides a means to visit six islands (actually several more are connected) in the Seto Inland Sea, a waterway that connects the Sea of Japan with the Pacific Ocean and has been critical in Japanese history from multiple perspectives, ranging from military, politics, art, literature, and commerce. These mid-sea islands, therefore, are repositories of history and culture, that are connected to the mainland via Shimanami Kaido.

For our journey in and around Shikoku, we will begin our story in Hiroshima, and cross Shimanami Kaido from Onomichi, which is blessed with many narrow lanes that reflect a broad range of ancient and contemporary Japanese history, making it a popular location for films and TV dramas. We will explore several of the islands as we make our way to Imabari City in Ehime Prefecture on Shikoku. While this will merely be the start of our journey, we consider it as important as a prologue to a great novel. While we don’t expect to dive and find the submerged ruins to any epic sea wrecked voyagers, we do expect to find wonderful art, beautiful seas, and some historical perspective on travel across the treacherous straits, propelling us on the main part of our trek.

At the landing on the 323rd step on Tokyo Tower, I took a few images and this video clip, reflecting on Shimanami Kaido and the journey ahead.

Please keep following us on our campaign and come join us! 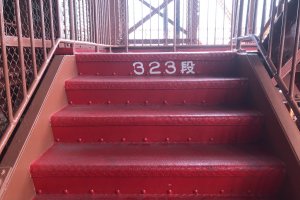 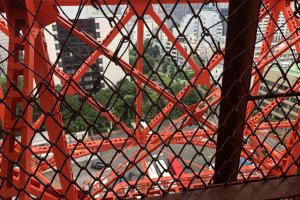 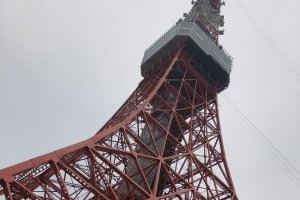 Sébastien Duval 2 years ago
Guide between Hiroshima city and Shikoku island in 2018, I took care of Americans cycling over the bridges, on the sinuous roads of island mountains, along the beaches... They had a great time and I enjoyed the landscapes (and facilities) very much. Excellent choice for your Kokoro No Kintsugi journey! I look forward to watching the film you will produce if/when your crowdfunding campaign succeeds :) https://www.linkedin.com/feed/update/urn:li:activity:6464374705754337280
Reply Show all 0 replies
1 comment in total