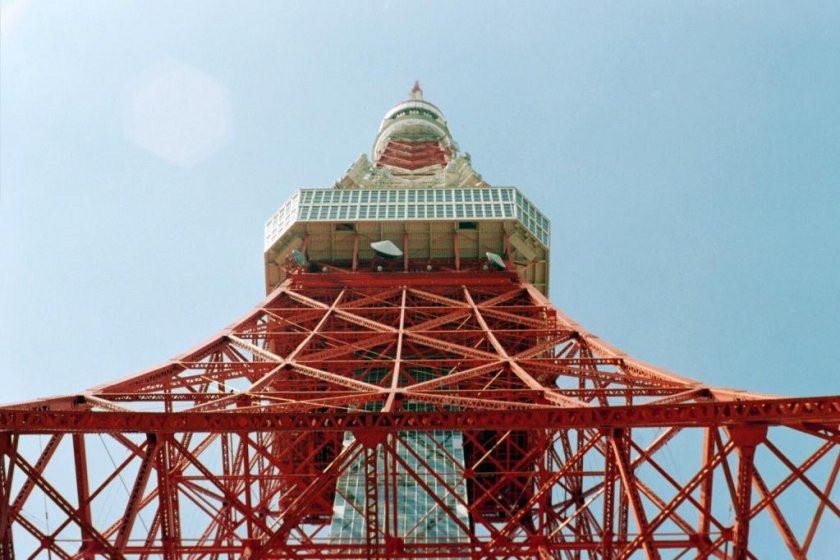 As featured in several kaiju movies

Tokyo Tower View From Its Base

Tokyo Tower has been featured in several kaiju films over the past 59 years, the first being in Mothra (1961). The Tower was also featured in King Kong Escapes (1967), in which the giant ape and Mechani-Kong do battle while climbing it.

The Tower was blasted in 1995 by Gamera in Gamera: The Guardian of the Universe, and it became a nest for Gyaos in the same film. It was briefly shown under repair in Gamera 2: Attack of Legion (1996) and was also blasted by Godzilla in Godzilla, Mothra & Mechagodzilla: Tokyo S.O.S. (2003). It appeared as a ruin in 2004's Godzilla: Final Wars, and can be seen in Gamera: The Invincible (1965).

Tokyo Tower was prominent in the 2005 Toho feature, Always: Sunset On Third Street 2, which included an imaginary scene of a CGI Godzilla blasting the structure with his atomic breath.

It is well-known that Tokyo Tower was modeled after the Eiffel Tower in Paris, France. Since 1958 it has been the world's tallest self-supporting iron tower, reaching 333 meters into the sky. The Eiffel Tower stands only 320 meters high. Tokyo Tower weighs 4000 tons, which is much lighter than the 7000-ton Eiffel. Painted in white and orange to meet Japan's aviation safety regulations, it is easily spotted in the city skyline. Before Tokyo Skytree was built, Tokyo Tower broadcasted 14 signals for radio and television. It also has a lightning rod at the top.

Visitors can take an elevator to an observatory level which provides excellent views of the city. There's a gift shop on the observation level and more gift shops can be found on the ground floor.

The observation level has several telescopes available for use by visitors, who can ascend to the main observatory at 150 meters and the special observatory at 250 meters to get a bird's eye view of Tokyo. Under good weather conditions, Mt. Fuji can be seen in the distance.

An aquarium, wax museum and several more attractions can be found on the ground floors of the tower. Separate entrance fees apply. Admission to the Main Observation Level: Adults ¥820, children over 4 years ¥350, under 4 years ¥310. 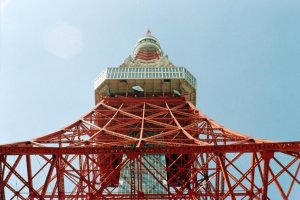 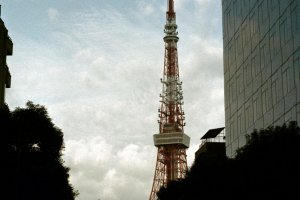 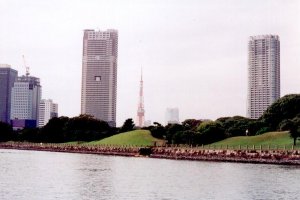 bonbon 8 years ago
If I was Godzilla I would climb Tokyo Tower too!
Reply Show all 0 replies
2 comments in total