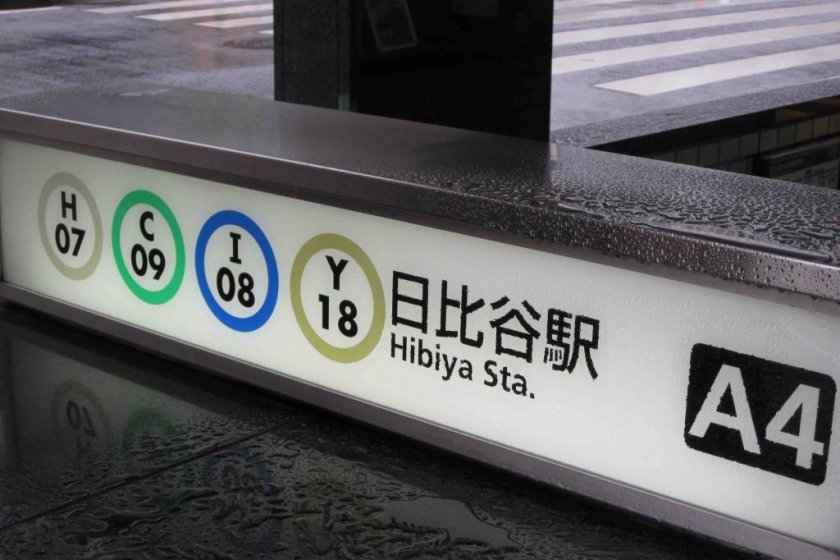 It was another rainy day in Tokyo when I visited Hibiya Station.

Served by both the Chiyoda and Hibiya Lines, Tokyo Metro’s Hibiya Station is a key access point for visiting a number of sightseeing destinations including the iconic Tokyo International Forum, Hibiya Park and a number of government offices. The station is also operated by Toei and runs the Mita Line, where all the stations are equipped with chest-height rail blockades with automatic gates that open upon the train’s arrival. Hibiya Station is also connected to Yurakucho Station on Tokyo Metro’s Yurakucho Line via underground passageways.

Hibiya Station began operations with the Hibiya Line in 1964 with the Chiyoda Line and Toei’s Mita Line opening in 1971 and 1972, respectively. The Hibiya Line was one of the first Tokyo Metro Lines built, following the Ginza, Marunouchi and Toei Asakusa Lines.

Upon my visit to Hibiya Station, I came to find a simple and easy to navigate area. The bright yellow maps are clearly marked with exit information about the local sites in both English and Japanese. During my first trip to Japan many years ago I found that these maps were real lifesavers for newcomers to Tokyo. Recently introduced, free Wi-Fi is now available in most of the Tokyo Metro operated stations. While walking around Hibiya Station I took the opportunity to give the Internet connection a test run. On your device, simply connect to the wireless network Metro_Free_Wi-Fi, select your preferred browser, register with the MANTA (Metro Amusement Network Trinity App) and click “Access the Internet Here.” The Tokyo Metro Wi-Fi has a strong connection due to the fact that the routers are placed behind the yellow station maps, as this is where people typically stop to consult their wireless devices.

Besides the free Wi-Fi, Hibiya Station offers few other delights but I did find a row of potted plants minding their own business on the side of the commuter passageway. When passing through the station, take a look at the number of framed art pieces decorating the otherwise bland walls. These framed works are provided by the Ginza Gallery, which aims to provide a taste of art and culture for the business people, tourists and commuters who pass through the halls of Hibiya Station daily. The exhibitions change periodically with a recent exhibition featuring art available for charity auction to support those affected by the Fukushima earthquake disaster. The artwork on display is worth a glance before you race out of the station onto your next sightseeing adventure. 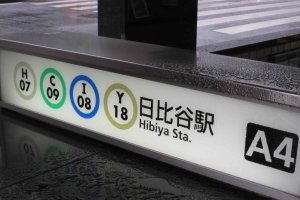 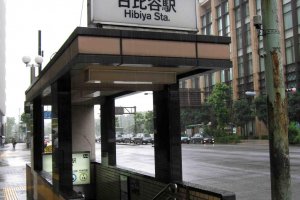 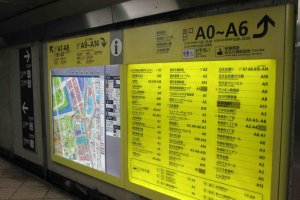 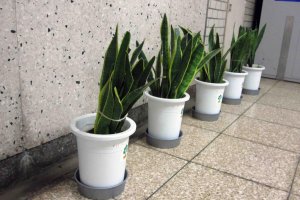 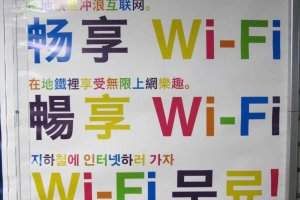 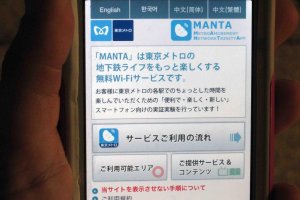 Barbie Keeper 6 years ago
Very well written and informative. Not only doesvMiss Perri go into history, she covers Internet access as well as information on the artwork. It is obvious the writer does her homework and really seems to enjoy writing.
Reply Show all 0 replies
1 comment in total