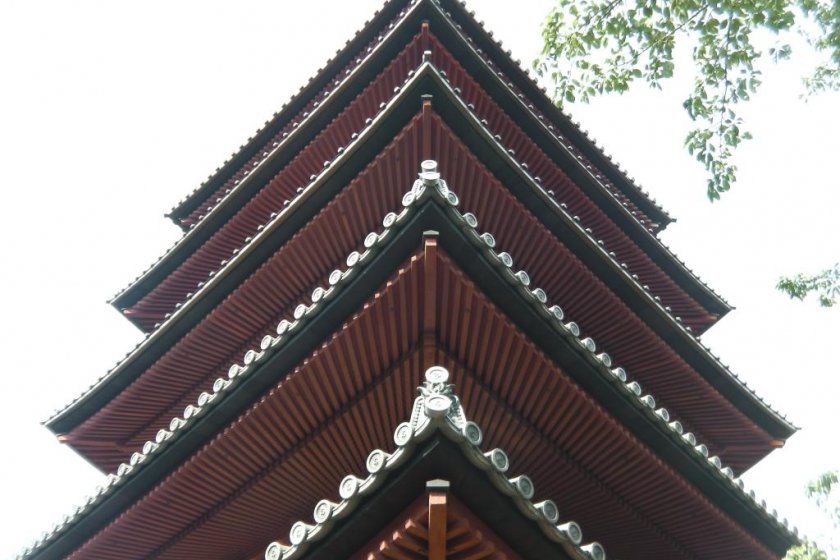 The oldest 5-story pagoda in Kanto

Ikegami Honmonji is an incredibly beautiful temple widely spread across the top of a hill in Tokyo's Ota Ward. It features a collection of huge and amazing buildings that can take several hours to explore, including a 5-story pagoda. It honors Saint Nichiren, founder of the Nichiren Sect of Buddhism, and is an important temple in that particular school. The temple serves as training and living quarters for monks. Saint Nichiren died on the site of this temple in 1282.

Ikegami Honmonji is located on top of a large hill and requires a 96-stair climb. Above but so near to busy Tokyo life, the temple has a peaceful and relaxing feeling, not to mention great views of the city below. Turn right at the top, and you will find a large statue of Saint Nichiren carved from aluminum.

Spread across the hill are a beautiful collection of structures and buildings, each awe-inspiring and humbling. The Honden (main building) is enormous and beautifully painted and decorated. A dramatic painting of a dragon can be seen on its ceiling. From the Honden, a path to the right leads to the red, 5-story pagoda. This structure was built in 1608 and is the oldest of its size in all of Kanto. It is 29.4 meters high, and miraculously survived the fires and bombings of Tokyo in World War II which claimed so many of the historic temples around Tokyo, including this temple's Honden, which had to be rebuilt in 1964.

To the Honden's left is a two-tiered black building that can't be entered by the public. This is the "Kyo zo," which stores the entire Buddhist canon on hexagonal bookshelves. Behind the Honden is an octagonal building made entirely of Japanese cypress. This is the mausoleum, which houses some of the ashes of Saint Nichiren.

Perhaps the most unique structure at the temple is the Hoto, which can be found by locating a stairway leading down the hill to the left of the Honden. Visitors will descend into a large cemetery, at the center of which is an enormous red pagoda, which marks the site of Saint Nichiren's cremation. This is truly an unusual building, and well worth the time to find it.

There are numerous other structures and smaller temples around the grounds that are beautiful and unique. Visitors are encouraged to set aside at least an hour if not more just to explore the grounds and find each aspect to it.

This temple observes the practices of the Nichiren Sect of Mahayana Buddhism. This sect bases its beliefs on the Lotus Sutra, a collection of ideals and rules developed from 100 BC - 200 AD. It teaches that all people have an inherent Buddha nature in them, so can therefore achieve enlightenment in their current lifetimes. This is in contrast to other schools of Buddhism that believe that it is necessary to gradually ascend stage-by-stage during the course of multiple lifetimes.

A major festival called Oeshiki is held every year in mid-October. It is a week-long festival full of music, lanterns, parades and floats, and also joins with other temples. It marks the anniversary of the death of Saint Nichiren, and more information on it can be found here. 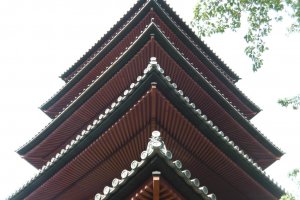 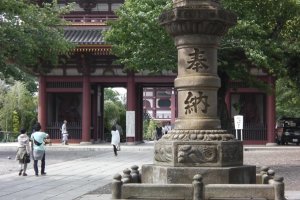 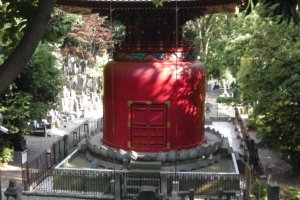 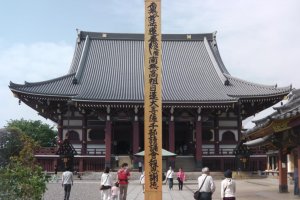 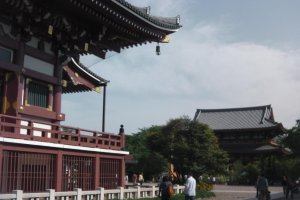 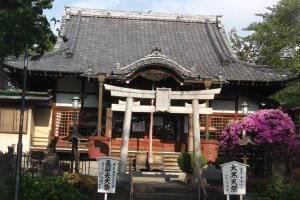 Sleiman Azizi 6 months ago
Nothing like a good stair climb to reach a temple, right? I can't help but feel that is intentional...
Reply Show all 0 replies

Lola Smith 6 years ago
Definitely worth a visit if you enjoy historical spots and temples.
Reply Show all 0 replies
2 comments in total