JUMP into the adventure with your favorite characters

Located inside Sunshine City’s commercial complex in the Ikebukuro district of Tokyo, J-WORLD features attractions, restaurants, and shopping related to your favorite Shonen Jump heroes. Cost ranges from 1,300-2,900¥ depending on package admission. The ¥1,300 ticket only covers admission, while the ¥2,900 doubles as entry for the theme park and its attractions. If you live in the heart of Tokyo, you can purchase advanced tickets at your local 7-11 and FamilyMart convenience store instead for a faster solution.

Each attraction costs ¥800, except for Chopper’s Carousel Ride with a ¥400 fee (if you buy the ¥1,300 ticket price). Dragon Ball and One Piece have two attractions under their belt, while Naruto has one walk-through.

“Let’s Grab the Dragon Balls!” is an interactive 15-minute attraction where the players help Goku collect the dragon balls and summon the eternal dragon Shenron on a large projection screen. “Let’s Train Kamehameha!” is a 3D experience where you are trained to help Goku defeat Frieza by using his signature Kamehameha move. However, “Kamehameha” is a show where you need to get a voucher for designated time slots, so plan accordingly.

One Piece’s “Soldier Dock Adventure” is a seven-minute theatrical attraction in the same model as a ride-along (think of Disney’s Haunted Mansion or Mr. Toad’s Wild Ride). The ride’s story is that they stopped at Rizzo Island and after wasting their food and money, Nami created a tourist ride to raise money for the time being. Both Usopp and Franky used their skills to build the ride and tell their stories of previous voyages.

“Chopper’s Carousel” is a 3 minute carousel ride with its target demographic aimed at children. Don’t worry, you can ride the carousel just as long as you’re under 100 kg.

Last but not least, Naruto’s “Shinobi War Picture Scroll” is a 15-minute walk through where you train with five people and rely on instructions from the team leader via headphones. The challenge ends with you cooperating with Naruto to help him perform the Ultimate Rasengan Ninjutsu and defeat the opposing Akatsuki group.

"Heroes Arena" is located in the middle of J-WORLD dedicated for Shonen Jump’s other series such as Bleach, Toriko, Prince of Tennis, Gintama, and more. For ¥300, you can participate in carnival games featuring said characters and win consolation prizes such as stickers, buttons, and more.

"J-WORLD Kitchen" serves as the food court with three different places to choose from for your meal. The menu is expanded to include famous dishes as seen in their anime and manga counterparts. Naruto’s menu is an easy one: Naruto ramen with the choice of soy sauce or miso pork. Toriko’s menu replicated 2 items from its series: Jewel Meat with Century Soup and Rainbow Fruit, in the form of a kakigori (shaved ice) instead of a gelatin mold. Dragon Ball’s menu highlights are a Nimbus Cotton Candy Cloud and Shenron Matcha Soft-Serve Ice Cream.

"Cafe Mademoiselle" is Sanji’s themed eatery with the purpose to create a stylish restaurant depicting his love for ladies, but men are allowed to eat inside. Menu highlights include: bone-in meat with balsamic sauce, seafood pilaf, and roast beef with wine sauce.

Amusement Arena is hidden between the Dragon Ball and One Piece attractions and consists of arcade games, gashapon and UFO crane machines. Depending on what you want to play, the yen price will differ throughout the arcade arena. Inside the UFO machines are J-WORLD-exclusive prizes, ranging from figurines to bath towels. If crane games aren’t your skill set, you can always head towards the gift shop—J-WORLD Store—and purchase more limited-edition collectibles and souvenirs.

Characters randomly appear for meet-and-greets throughout the day, sure to bring a delight to your inner child, or otaku fandom. Celebrating their one year anniversary, it’s safe to say J-WORLD is a permanent staple inside Sunshine City. If you are heading to Tokyo and consider yourself a big fan of Shonen Jump’s iconic characters, it’s worth checking out any time soon.

Lynnette is a multimedia journalist, creative Latina and all-around geek. Born and raised in the small Caribbean island of Puerto Rico, she's always been fascinated by Japan and its four main islands. Her goal is to become a foreign correspondent in Japan, but first she must learn to advance the wall of kanji. 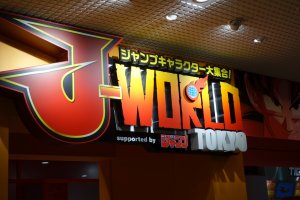 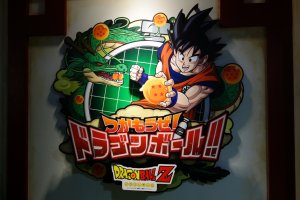 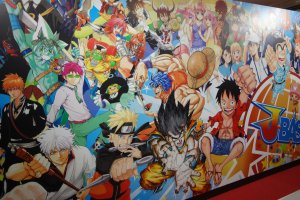 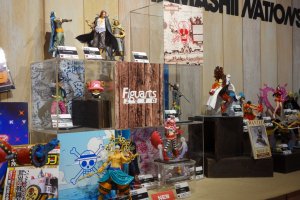 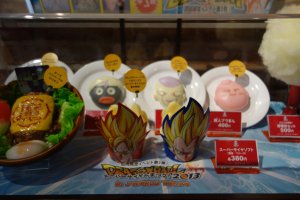 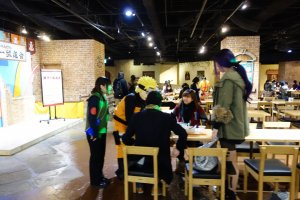 Milena Dokim 3 years ago
I have just 1 question. Why it is in Tokyo???!! T.T
Reply Show all 0 replies

Serene Tan 6 years ago
Thanks for the recommendation. I'll be sure to check it out when I'm there!
Reply Show all 0 replies
2 comments in total