The Cerulean Tower Noh Theatre will be staging a series of Noh performances throughout July.

Established in Shibuya in 2001, the the theatre's July schedule will feature performances from the Kita, Komparu, Kanze and Hosho schools. A final workshop on kyogen - a form of comic relief theatre staged between Noh acts - will be held by the Izumi school.

As one of the world's most surreal and elegant art forms, Japanese Noh has been designated by UNESCO as an Intangible Cultural Heritage with a history of over 700 years. The traditions of story, music, dance and costume enshrined in Noh theatre - to say nothing of its ethereal masks - still captivate audiences around the country to this day.

Note that each performance has a different pricing structure so be sure to check the official website for details.

Shibuya Station is serviced by many train and subway lines, including the JR Yamanote Line, the Tokyu Toyoko Line, the Den-en-toshi Line or the Ginza and Hanzomon Subway Lines. The theatre is a 5-minute walk from Shibuya Station. 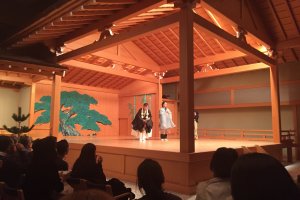 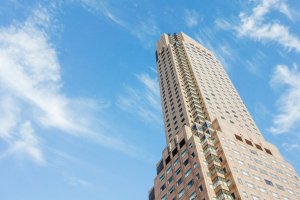 Kim B a year ago
I've stayed at the Cerulean before and had no idea about the theatre on the premises. Very cool!
Reply Show all 1 replies

Elizabeth S a year ago
Wow, there is so much there.

The rooms start on the 19th floor, so you get spectacular views of Tokyo any direction you face.
Reply

Elena Lisina a year ago
Sleiman, I've checked their site on the days when I'll be in Tokyo, but I don't understand what this means: 14:30-17:30 / open to the public for viewing
Reply Show all 2 replies

Sleiman Azizi Author a year ago
It means that you can enter and view the theatre between 1430-1730 when there aren't any performances.
Reply

Elena Lisina a year ago
What is there inside besides the stage? Are there some masks or costumes on dsplay? I like Noh masks.
Reply
5 comments in total