One of Toyosu’s popular attractions is the Urban Dock LaLaport. This area was once a shipbuilding dock of IHI (Ishikawajima-Harima Heavy Industries), and has now been transformed into a large shopping mall that opened in 2006. It is 'American-sized' with three floors and over 200 shops and eateries to choose from.

The mall is located only about six minutes from Ginza (by car) and is right beside Tokyo Bay. When the weather permits, shoppers can sit outside and enjoy dining while overlooking the sea. There is also a dog run and an outdoor theater where live performances are occasionally held.

Inside, on the first floor, is a food court where you will find eateries including Ben & Jerry’s, Krispy Kreme, Pretzel Maker, McDonald's, Subway, KFC, and a variety of tasty Japanese options. There is also an assortment of restaurants located on the third floor and almost all of them offer an English menu. The very well known Bubba Gump Shrimp Company can also be found on this floor.

Another very popular attraction within the shopping centre is Kidzania, a theme park centered on children that fall between the ages of 3-15. Within the facility, kids are able to act out many different kinds of adult professions such as a doctor, judge, pilot, chef, etc., all within a replicated mini city. The children are able to earn Kidzania currency after performing their jobs, and the currency can be saved for a future visit, or spent at the on-site gift shop. Also on the third floor is a United Cinema where you can relax and a watch movie.

LaLaport is close to Toyosu Station and can also be accessed by the Yurakucho Subway line and the Yurikamome monorail. There is also access from Odaiba and Asakusa by water bus. 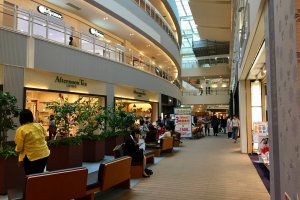 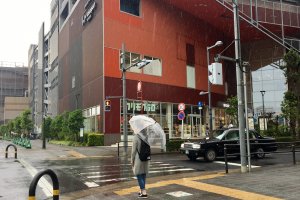 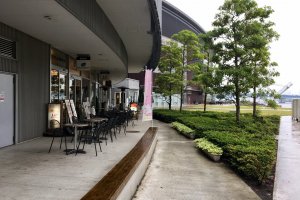